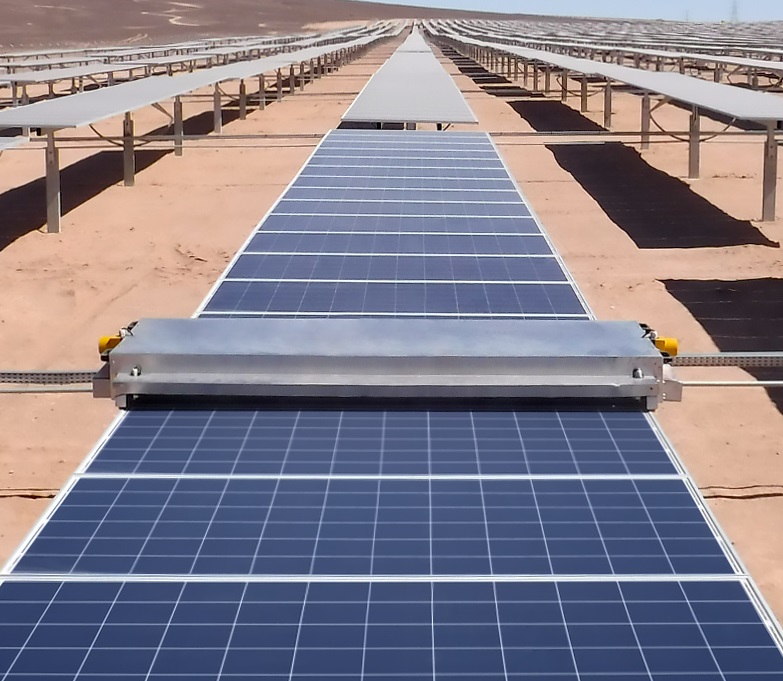 Exosun says its robotic technology can cut production losses by 2%.

Tracker supplier Exosun has become the latest solar company to supply robotic cleaning technology after it launched March 8 a wireless autonomous cleaning system to be used with its Exotrack trackers.

Water-free autonomous technology can reduce soiling losses by cleaning faster and producing higher quality results than manual cleaning methods. In arid regions, such as the Middle East, robotic cleaning technology can save several billions litres of water over the lifetime of a plant.

Israeli technology developer Ecoppia has already installed its autonomous cloud-operated cleaning systems on 300 MW of solar capacity and has already worked with large conglomerates such as India's NTPC and Adani Power and U.S. group SunEdison.

In December, Ecoppia announced it would deploy its technology on 168 MW of PV capacity operated by France’s Engie at the Bhadla Solar Park in Rajasthan, India, where dust storms frequently impact plant productivity.

In January, Ecoppia signed a deal with EDF to deploy its technology at the 40 MW Ketura Solar photovoltaic facility on the border between Israel and Jordan. Ketura is close to dust-intensive agricultural sites, suffers from frequent sandstorms, and experiences virtually no rain. 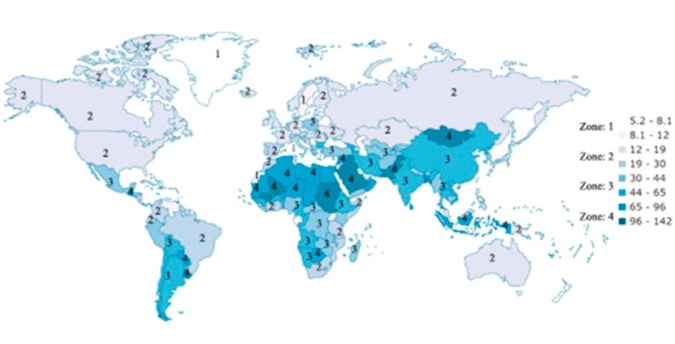 In the U.S., SunPower has incorporated robot cleaning into its Oasis PV system package after acquiring Greenbotics, a robotics developer, in 2013.

SunPower's robotic technology can clean 10 MW of panels in 10 hours using three employees, which is 10 times faster than other cleaning methods, according to the company. The system also uses 75% less water than manual methods.

Tracker supplier Exosun has launched a panel-cleaning robot which it says can offer a return on investment within just a few years, even in countries with low labor costs.

The battery-operated technology is best-operated in pairs, with one robot attached to a new string of panels while the other machine cleans the previous string. A pair of robots operated by two staff members can clean up to 5 MW of solar panels within eight hours, according to the company.

Tests on a 70 MW plant in the Middle East indicated costs of $18,000 per year to clean 4.5 MW of panels using a pair of Exosun machines, compared with $30,000 per year for standard manual cleaning using cleaning trucks, Maria Lahuerta, Exosun’s marketing director, told New Energy Update. Both methods would use two members of staff and the savings would mainly come from cutting vehicle fuel and depreciation costs, she said.

The price of an Exosun machine is around 15% of the price of a panel-washing truck which can cost in the region of $100,000, Lahuerta said. The Exosun robots run off rechargeable batteries that need to be swapped out once a day and technology maintenance costs could average around $2,500 a year, for two robots, according to company estimates.

Importantly, the robotic cleaning is generally more efficient and of higher quality than cleaning performed by manual methods and asset owners, reducing production losses by between 1% and 2%, Lahuerta said.

Exosun developed its technology to be used on plants using Exosun trackers, but the technology could be adapted to other plant designs.

Ecoppia’s autonomous cleaning technology can be used on any plant once a guidance system has been installed on the PV arrays.

Ecoppia fixes a machine on each array so there is no need for human intervention after installation and the systems are controlled from a cloud-based network.

The machines use in-built PV panels to charge during the day and can be pre-set to clean on a predetermined cycle such as after sundown, or they can be activated to clean the plant on an ad-hoc basis.

“Within seconds, we would detect a dust storm hitting the site, the master control will automatically suggest an additional cleaning cycle and within a click the entire site will be cleaned, whether it’s a 5 MW site or a 500 MW site,” she said.

The lifespan of Ecoppia’s systems is estimated at 25 years and the ROI period is usually between 18 months and three years, depending on local labor and water costs, Segev said.