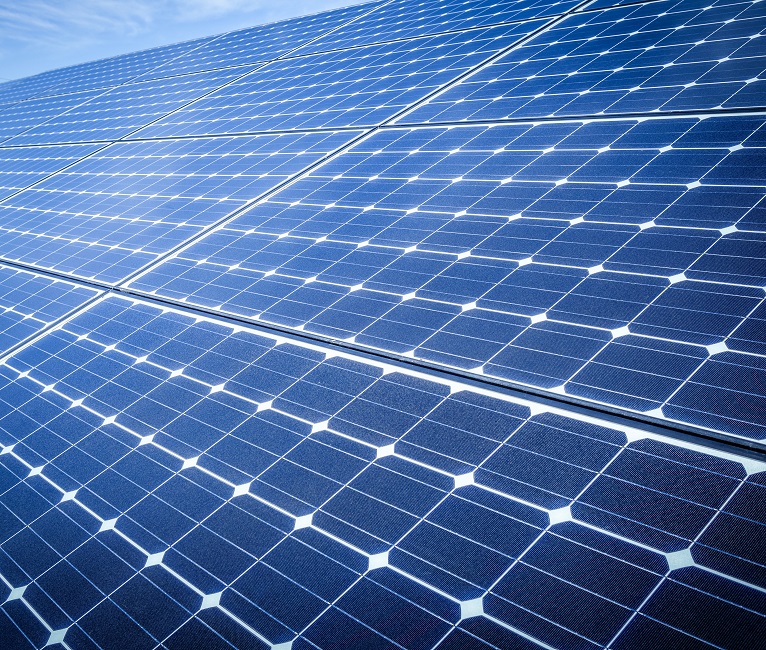 The International Renewable Energy Agency predicts module prices could fall by over a third over the next decade. (Image credit: Ryasick)

The average global auction price for utility-scale PV fell from $250/MWh in 2010 to $50/MWh in 2016, according to a study published by the International Renewable Energy Agency (IRENA) in February.

Intense market competition has pressured profit margins along the supply chain. Global PV module prices fell by around 80% between 2009 and 2015 and currently lie at around $0.50 per watt.

Module prices could fall by "one third or more" over the next decade as manufacturers continue to improve production methods and performance, IRENA said in its 2016 report "Power to change." 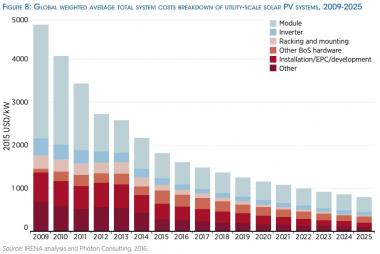 Learnings from plant operations are being fed back into development strategies and quality assessments of PV modules before they are installed can prevent future losses from defective panels.

“Developers do have to invest more (to have an extra quality assurance program) but with everybody having their margins really squeezed ... you'd rather invest a little bit more at the beginning so that you are securing at least your limited revenue going forward,” he said.

Leading PV module manufacturers already have internal inspection procedures to guarantee the quality of equipment. However, damages can occur during transportation from factory to site.

PI Berlin has assessed module quality in Spain, Germany, Israel, India, United Kingdom and Mexico and has found manufacturing deficiencies in production techniques, soldering and lamination problems and cracking, among other issues. In one such case, problems were caught before module production for a project was started, according to Xuereb.

Issues related to potential induced degradation (PID) can lead to performance losses of up to 30% while other issues such as cracking can significantly impact operations, Xuereb said.

“If you are talking about cracking issues, you also might be talking about a third or half of [a plant’s modules] -- and we've seen that -- where a third of the plant had to be replaced,” he said.

Over the last decade, the rapid growth in module manufacturing capacity and drive towards lower costs has prompted developers to pay extra attention to quality inspections.

Many countries are now supporting the development of very large-scale PV plants to take advantage of economies of series and scale. Developers must find the right balance between cost reduction and reliability.

US PV costs by plant capacity 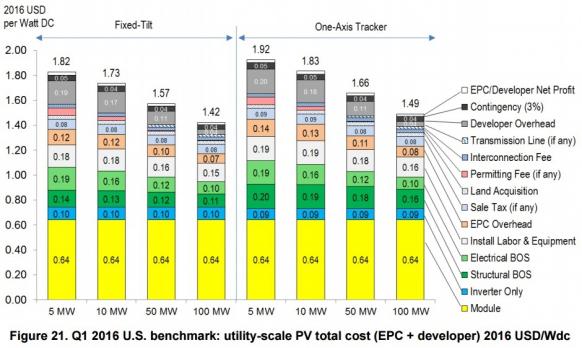 “Quality assurance standards are being driven by those who are serious about making a profit on large PV plants or [those] who are insuring those plants,” said Sarah Kurtz, researcher at the National Renewable Energy Laboratory (NREL) and manager for the PV Module Reliability Test and Evaluation Group.

Kurtz is a member of the International PV Quality Assurance Task Force (PVQAT), a research group specializing in new design qualification standards and training. PVQAT plans to publish new guidelines on areas such as PID and high-temperature performance in the coming years.

The risk of performance degradation is increased by the batch delivery of components, Sari noted.

“If you have a problem with panels, it will most probably be a common problem on a certain batch that you have received, so it's worth it to invest that money which is minimal to the cost of the development rather than having a problem that could delay your commissioning and selling the energy,” he said.

The first step to guarantee the quality of the equipment is making sure the components of the PV power plant have been certified to common standards, such as the IEC 61730, IEC 61215, and IEC 62941, Kurtz said.

“This is a good strategy for the small buyer who doesn’t want to go into a lot of expenses,” she said.

Panels should also be inspected before leaving the factory and developers can also ask the manufacturer to share the report created when certifications for the modules were completed, Kurtz said.

“The certification process allows repeating tests in some cases…If one piece fails, the company can try again, so seeing the test report allows one to see if they passed with flying colors or just barely scraped through,” she said.

The scope of the quality assurance programs, typically set out in module supply and EPC contracts, can also impact financial terms of the project, Xuereb said.

“Banks may also require a minimum level of quality assurance, at the cost of the sponsor...This may affect the financing terms, in terms of required reserve accounts or similar,” he said.