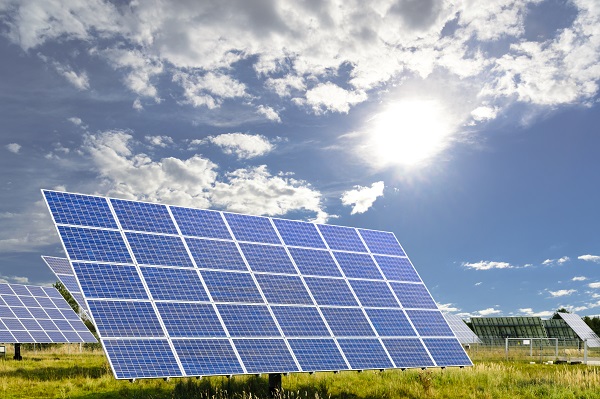 “Our test set-up allows us to take high-resolution electroluminescence images of several modules at once. If a PV power plant generates lower yields than expected, we start looking for potential errors. The quicker the error is found, the higher the profits will be for investors and operators,” said Dr Juliane Berghold, Head of Module Technology and Research at Photovoltaik-Institut (PI) Berlin.

Global annual investment in solar power rose 29% in 2014 to $149.6 billion, according to a report by Frankfurt School-UNEP Centre for Climate & Sustainable Energy Finance.

Asset finance was the largest global investment source for solar projects accounting for $62.8 billion, with stock market investment contributing $8.3 billion and private equity $1.6 billion. The balance of investment was made up of corporate and government research and development, as well as small distributed capacity funding.

The growing number of yield-focused investments available to small investors has further raised demand for better performing plants, while developers of varying sizes look for new ways to raise capital.

“To fund their capacity expansion or acquisition, PV module suppliers must continuously increase their revenues,” according to Ray Lian, principal analyst for IHS Technology in Asia.

YieldCos, the dividend growth-oriented public firms increasingly active in the renewables space, are incentivized to lower production costs to grow profits, and this should spur investment and innovation in monitoring technologies.

Michael Herzig, president of solar monitoring and data analytics firm Locus Energy, said upcoming regulatory changes in the US will have a positive impact in the short term.

“We anticipate increased growth in the US solar industry in the next 18 months due to the step-down of the federal Investment Tax Credit (ITC) for commercial solar and its elimination for residential solar at the end of 2016,” he said.

The “looming cutback” is driving a rush to install commercial, industrial and utility-scale projects, according to Herzig.

He also expects to see an acceleration in the implementation of best practices in O&M as portfolio sizes grow and stakeholder attention turns to long-term profitability.

“With the increasing number of solar projects, we’re seeing a trend in the consolidation of solar assets into large portfolios. Utilities, YieldCos and multi-site enterprises are all big contributors to this trend,” Herzig said.

Maintaining profit
“Grid operators and PV plant owners are looking for asset management solutions that are reliable and have robust analytics that can provide actionable intelligence once the plant enters its operational phase,” said Arup Barat, vice president of Product Management and Marketing at Draker, a US-based PV monitoring and asset management company.

Despite margin pressures and increased competition, solar companies and investors are willing to pay more for higher-value software and hardware solutions to “reduce risk from their operating assets and deliver higher lifetime value,” Barat said.

“In the industrial and utility markets, we are seeing a compound annual growth rate of around 30-40% and more requests for active plant control,” he said.

“In the commercial market, we are seeing a higher demand for portfolio-level asset management tools,” Barat added.

Illuminating technology
One of the latest monitoring technologies comes from Germany. The Photovoltaik-Institut Berlin (PI Berlin) has developed a new, automated process and service that allows solar modules to be examined without being dismantled, reducing analysis time. Up to 1,000 modules can be tested each night using electroluminescence measurements (EL).

Modules are supplied with current at night for electroluminescence tests. Source: Photovoltaik-Institut Berlin

“The software could have an impact on warranty claims and in pre-investment due diligence and lending, since it can prove defects on a large scale,” Berghold said.

The software analyzes test images and provides information on measures required to resolve faults and modules that need replacing. Experts at PI Berlin have already put this method into practice for Deutsche Bank, which uses it as a basis for its power plant assessments.

According to Berghold, each examined module is classified in a test report, allowing defective modules to be localized and replaced in the event of damage. Test reports help investors and operators to back up their claims to EPC contractors, module manufacturers and insurers.

“For the moment, the focus of our software is on the detection and counting of (heavy, isolated) cracks. Cracks can cause significant power losses (e.g. up to 30%) and resulting issues (like hotspots). However, for the future the software will be extended to evaluate other failures as potential induced degradation,” she said.

Buyer interest
PV assets in Europe can be traded over time to different sets of investors. PI Berlin’s system can be part of the technical due diligence during the PV plant assessment.

”Particularly in case of ‘high-risk’ plants (technical), where a high-volume electroluminescence scan and evaluation of the plant is advisable,” Berghold said.

PI Berlin is not selling its system, but rather selling the service. It is the investors or banks that are buying the service. PI Berlin used this new test method to examine a power plant in Italy that had been generating significantly lower yields than expected immediately after start-up.

Engineers at the institute tested more than 12,000 installed polycrystalline modules in less than three weeks – over 80% were shown to be defective. Many were found to have badly fractured cells in the center, which were considerably reducing yield. PI Berlin’s report prompted the investor to have several thousand solar modules replaced.

Damaged on delivery
Berghold said that the company’s analyses show that PV modules are frequently damaged during transportation. This is indicated, for example, by prominent cell fractures that occur fairly consistently in the middle of the majority of modules.

“In such cases, the damage we see in the power plant can be attributed to a combination of the transportation method and relatively sensitive modules.”

After performing error analyses, PI Berlin is often commissioned again to examine the quality of the replacement modules to ensure that the power plant is working at full capacity.

Statistical evaluation shows an increased concentration of cell fractures in the middle of the modules. Source: Photovoltaik-Institut Berlin

Testing warranties
The software is not capable of making a direct correlation between electroluminescence image and module power (or power loss with respect to label), Berghold said. Warranties of module supplier usually only refer to the module power.

“However, our software is able to detect and count failures (cracks), which are power relevant. Therefore, it is possible to differentiate the modules in plant in ‘pass’ and ‘fail’ modules – with respect to agreed criteria,” she said.

A 2012-2013 study by TÜV Rheinland of 125 large-scale systems showed that 30% had “serious defects or high frequency of errors.” About 50% of the defects in individual systems were installation errors.

Many plants across Europe were built quickly to take advantage of national feed in tariff (FiT) regimes.

But the hidden cost of rushing construction is now impacting plant owners and supporting O&M demand, as previously reported by PV Insider.

A number of solar plants in the South of Europe are still “in rather bad shape with very poor monitoring,” according to Berghold. “The tendency we see now is to have high-volume investigations in plants, particularly before end of warranties,” she said.

For new PV projects, investors and EPCs tend to be more cautious regarding warranties.

“On module level, there are power warranties over the whole life time – depending on the module supplier. If a module type is specified to, for example, have less than 10% power loss within the first 10 years, you can certainly open a claim if you can prove 10% power loss after 5 years,” said Berghold.