Access Power was awarded one of the largest independent solar projects in Sub-Saharan Africa – a 10 MW PV power plant in Uganda under the GET FiT programme. Reda El Chaar, Chairman of Access, explains how they met the tender’s criteria and how trends are reshaping the regional solar market. 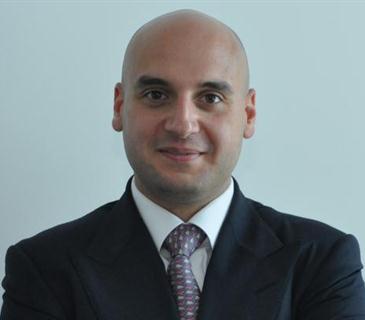 Reda El Chaar, Chairman of Access, explains how they succeeded in meeting the tender’s criteria and how new trends are reshaping the regional solar market.

Q: Access Power started off as a consultancy and is now also developing power projects. Was this the original plan?

A: Access was always established with a view of becoming a developer and eventually a power asset owner and operator; that has been the strategy from day one.

The roots of our consultancy business come from the fact that there were many opportunities across the region on large-scale I(W)PPs, be it in Saudi Arabia, the UAE, Oman or Morocco, which were beyond the scale and target market, but the team members had significant experience on such mega projects. As such, we decided to engage that portion of the market by providing highly selective and customized commercial advisory services.

On power plants with a total investment cost between $US20m and $US200m, we will act as developers; anything beyond that we will look at from an opportunistic perspective as well as an advisory one.

Q: You were recently selected to build, own and operate a 10 MW PV power project in northern Uganda. What factors do you believe contributed to winning this tender?

A: There were basically two criteria; the first was technical, which related to how well the project was developed. By that I mean the quality of the environmental impact assessment that was concluded, how far we were in securing the land, what kind of studies we had performed on the site, bankability of our EPC solution, and the suitability of the location we had picked in terms of the grid’s ability to evacuate the power. Then came the commercial criteria, and we provided a competitive price for the electricity.

Q: Which PV technology are you planning to use in the project?

A: We’re going to use polycrystalline silicone with fixed tilt PV arrays, and the EPC contractor is going to be TSK under a lump sum turnkey contract.

Q: What implications do you think the project will have for Uganda?

A: This project has a short construction period of six months, which is one of the value additions of PV power – that you can get power quickly on the grid. The project will contribute in many ways; firstly in the diversification of electricity sources. Uganda is mainly powered by hydropower, which is susceptible to climatic issues such as dry seasons that affect the flow of the power from hydro facilitates. In addition, the country uses fossil fuel fired power plants; therefore, from an energy perspective, our solar plant will be a cheaper option to many of the imported fuels.

Secondly, our plant will be located in Soroti, a region that is connected to other sub-regions in Uganda, but procures its power from the central grid. The nearest generation asset is many kilometres away, which implies significant transmission and distribution losses. By putting a generation facility closer to this load centre, there will be a significant reduction in those losses.

Finally, there’s the socio-economic impact related to the existence of this plant in Soroti and the creation of permanent and temporary job opportunities during construction and operation.

Q: You previously mentioned that in Africa you are paying more attention to smaller scale projects as a way of bypassing the lack of infrastructure. Can you elaborate?

A: Today, grid infrastructure is a major issue in many parts of Africa, so to build a large-scale power facility you will need considerable upgrades to the grid and in many places you will actually need new grid infrastructure. But when you go for modular technologies like PV, you’re able to quickly deploy smaller sized plants and respect the current limitations of the grid in various places, which troubleshoots many of the issues. This means you can do these projects faster, and no matter how fast you go in Africa, it’s never fast enough to match the demand.

Of course, eventually grids need to be upgraded, so this is not a long-term solution to replace grid upgrades and reinforcement, but at least it’s a solution for countries and businesses to have quicker access to cleaner, more reliable technologies at the starting point.

Going for smaller sized projects is not without complications, as equity is not usually a hurdle; the hurdle is being able to get the debt placed efficiently. The smaller the size of the project, the smaller your debt ticket; however, lenders need to perform due diligences and go through processes that are both expensive and time consuming, so quickly you realise it’s uneconomical to develop small projects and do project financing.

With this new trend, many development funding institutions have started to look at streamlined processes to perform quicker and less expensive due-diligence processes and enable developers to procure finance for smaller projects – especially for PV because it’s simple and modular, and once you carry out due diligence on one plant, you can understand how other projects are running as well.

A: As developers, we have realised that it’s important for us to remain technology agnostic, not only within PV, but the wider power sector. The reason is that we don’t see ourselves as developing a specific technology, but developing appropriate solutions – affordable and sustainable – for the markets and cases we’re looking at. The only way to do that is to continue to be completely technology agonistic.

Q: Where in the Middle East and Africa would you say solar incentives are the most rewarding?

A: Incentive is a tricky word. An incentive is both the function of being able to sell at a price that allows us to make an acceptable profit, and being in a market with an existing commercial and legal framework that enables us to develop projects in a time-certain manner. I stress on-time-certainty, because this is one of the most important factors for early-stage developers. We are happy to spend our development money and resources on projects that present us with a clear visibility and certainty of implementation; the more certain the timeline is, the more bullish we are about going with those projects and supporting them in whichever way possible.

Many markets in Africa are exploring various incentive mechanisms. South Africa and Morocco have been very successful, but outside of those two countries, there has been very limited success for private renewable energy development in Africa. Now we’re seeing many countries joining this bandwagon of markets with proper incentives for renewable development.

Q: What about incentives in Sub-Saharan Africa?

Speaking of Sub-Saharan Africa, Uganda quickly comes to mind, thanks to innovative programmes, such as the GET FIT scheme that was led by KfW bank, whereby the European Union Infrastructure Trust Fund is funding part of the tariff required for our project to be feasible.

So in essence, we’re selling power at US$16.38 cents, of which US$11 cents is paid by UETCL, the government-owned electricity transmission company, and the shortfall is bridged by the European Union Infrastructure Trust Fund. Eleven U.S. cents is of course very acceptable and below the current cost of electricity in many parts of Africa.

What we see now is that the GET FIT and similar programmes could work in many other African countries. For us in the private sector, wherever there is a robust mechanism, such as the one employed in Uganda, the DFIs and donor groups can count on the fact that we will participate in those processes.

Apart from that, in Egypt, we were just informed that we have prequalified in the first round of procurement, both for wind and solar, so we will be actively participating in this market.

Q: How do you plan to finance your solar projects in the future?

A: We do a mix of debt and equity. Equity comes from us and our shareholders. Debt comes from development funding institutions and international funding institutions, because the cost associated with procuring debt from commercial banks in Africa is still prohibitive in many parts of the continent, especially sub-Saharan Africa.

Q: Finally, what is your investment strategy?

A: We generally focus on the Middle East and Africa. There are billions of dollars being committed to fund energy projects in Africa, and that’s going to be important for the continent’s energy sector and wider economy. However, all of this money is being committed for developed and bankable projects, yet there aren’t many well-developed, bankable projects across Africa.

So we see the importance of having a well-resourced and experienced developer, like ourselves, that is both capable and willing to take very early stage project risk to turn good concepts into bankable projects. This is about going into markets before even a project is defined, where you only have a concept. We invest time, money and effort and eventually turn the concept into a bankable project.

Once you have a bankable project on hand, there’s so much equity and debt being committed for the African energy sector that your project will be quickly funded. And this is exactly where we see our role at Access – to bridge between project concepts and bankable projects and eventually be the owners and operators of many of the assets that we develop.