South Africa is widely recognised as the most attractive emerging PV market in the world. With a South African “solar PV gold rush” already underway, We investigate the boom in PV investment and development in Africa’s second-largest economy. 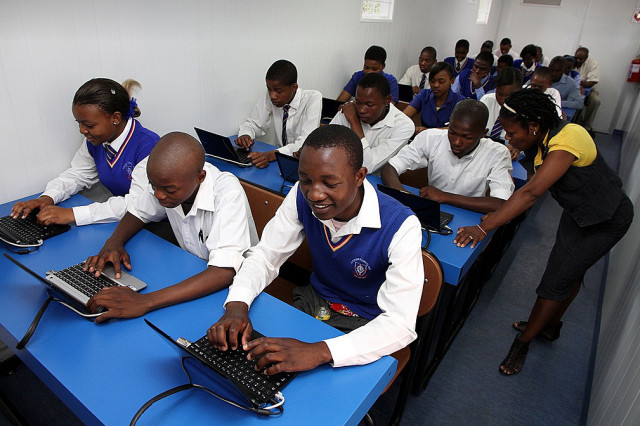 Ever since the launch of the South African Government’s Renewable Energy Independent Power Producer Procurement (REIPPP) programme in 2011, with its commitment to build 8.4 GW of PV capacity by 2030, developers and financiers have been jostling for position within the South African PV market.

Ambitious targets and an enabling policy environment have certainly driven much of the utility-scale projects in South Africa over the last few years. With companies such as Old Mutual, Intikon, SolarReserve and the Kensani Group completing investment and development deals, 27 solar PV projects have been approved within rounds one and two of the REIPPP scheme. It is expected that around four million solar panels will have been installed in South Africa by 2015, with another 1.6 million to follow by the end of round three.

And in an update to the country’s 20-year energy programme – the Integrated Resource Plan (IRP) – which is currently out for public consultation, one potential scenario is for 21,617 MW of embedded PV generation by 2030. As Gareth Blanckenberg, Industry Analyst at Frost & Sullivan tells PV Insider: “That is a very substantial figure”.

Several key factors, including strong political support, natural resources and favourable market conditions, have combined to put South Africa firmly on the world PV map, as Blanckenberg explains:“South Africa is endowed with high levels of solar irradiation, so from a resource perspective it is very attractive. And [until recently] sub-Saharan Africa was almost untapped, with a huge power generation shortfall, so it has presented an attractive, if somewhat risky, destination.”

This view is echoed by global research firm IHS Technology, who earlier this year ranked South Africa as the world’s number one emerging PV market – ahead of countries like Thailand and Turkey – in terms of macroeconomic climate, potential market size, project profitability and pipeline maturity.

Speaking to PV Insider, Senior Research Analyst at IHS, Silvia Macri, said: “South Africa has consolidated its position at a time when developers are looking for opportunities beyond Europe and the US. With saturation in some of the more mature markets, combined with reduced incentives for renewable energy development, investors are looking to explore the growth potential of emerging markets in other regions including Africa and the Middle East.”

Another critical ingredient in South Africa’s rapid growth in PV development is the smooth running of its application process. According to Anthony Ighodaro, Chair of the African Renewable Energy Alliance Steering Committee, “the REIPPP tender process has been remarkably well-run and the outcome – selecting the best-priced, fully-financed offers – has been the best in the world.”

Unlike the US market, where tenders are often won at unrealistically low prices leaving bidders unable to complete their projects, Ighodaro points out that the South African process “requires unequivocal financial commitment.” And this commitment, he says, “serves to reassure developers that the considerable effort required to participate will not be wasted.”

Investors also appear to have great faith in the ability of South African power utility Eskom to honour 20-year commitments, as Ighodaro explains: “Normally in the case of African countries projects would require a sovereign guarantor, but in South Africa these requirements are met by the credible financial status of Eskom. Foreign exchange risks are effectively hedged.”

As in all nascent markets, there are key risks and challenges in South Africa that need to be addressed as the solar boom accelerates. For example, the domestic PV rooftop market is still small and the terms and timelines of efforts to support its expansion remain unclear.

As Gareth Blanckenberg comments, “there is a lot of scope within the commercial and industrial segments for own use, but currently there is no framework for residential usage.”

There are also question marks over the condition and capabilities of the national grid. “Looking ahead”, says Silvia Macri, “the South African energy grid will have to expand and improve, and investments will need to be made in this area if the country is to realise its full renewablespotential.”

However, at present solar PV in South Africa looks set to deliver a boost to the economy and have a major positive impact on local communities. According to Frost & Sullivan, the Spanish PV market created 28,000 jobs between 2001 and 2010. The potential for job creation in South Africa, whose megawatt targets far exceed those of Spain, is therefore enormous.

Indeed, many believe that solar and other forms of renewable energy could hold the key to poverty reduction. In the words of Mrs Bulelwa Tinto, a member of the ANC and Parliamentary Portfolio Committee on Energy in South Africa: “We now have a dark Africa, but we need to put a light on. For poverty to be eradicated, everyone needs energy. Renewable energy is the answer to sustain our livelihoods.”