PV installations surge in the UAE

Two weeks ahead of the MENASOL conference in Dubai, we take a look at some of the latest developments in the UAE’s PV marketplace. 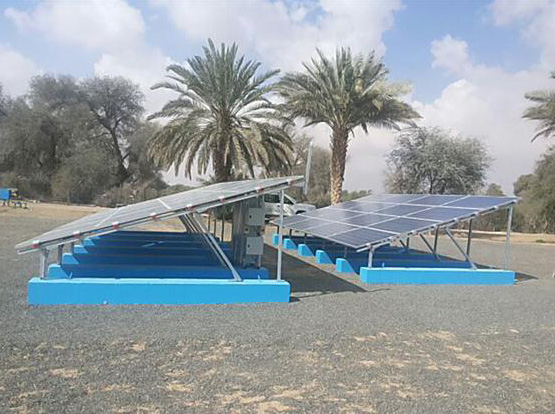 According to international law firm Eversheds, DEWA will retain a 51% controlling stake in the new project company with the winning party of the tender process to own 49%. The solar park’s first project was launched in October 2013 with the connection of its inaugural 13MW PV plant, developed by First Solar.

The new project is expected to begin operations by summer of 2017 – by which DEWA would have built 13 percent of the 1 GW planned solar park.

Solar PV is also finding its way into small-scale applications throughout the UAE. One of the oldest parks in Dubai, the Satwa Reservoir Park – also known as Al Khazzan Park – is currently being reconstructed to integrate solar PV. The park was built in the 1980s but was demolished a few years ago.

According to the Dubai Municipality, 20 percent of the project has already been completed. Once operational by the end of this year, the park will rely entirely on solar without using the public grid, to provide electricity for the building, automatic irrigation systems, and to operate the park’s lighting in the evening.

“The park will be exclusively powered by solar energy through an area of more than 450 m² of PV panels,” municipal officials said. With the exception of the existing water tank, everything else will be rebuilt and solar powered, including the viewing deck and picnic areas.

In Abu Dhabi, a small pilot project that completed four months ago is experimenting the use of solar PV for underground water extraction. The station was built in Al Hamraniya settlement in Ras Al Khaimah by the Ministry of Energy, in cooperation with the Ministry of Environment and Water, and the Federal Electricity and Water Authority.

Around 9kW of PV panels covering an area of 60m2 were installed to pump 7.5 cubic metres of water per hour from a 72 metre-deep well, with the objective of encouraging farmers to adopt the technology in their farms to reduce costs of irrigation.

Even DEWA is experimenting with small-scale PV to test and evaluate the performance of the technology under local weather conditions. Last year, it commissioned a 695kWp grid-tied PV system at its LEED platinum rated building; a 7.5kWp grid-connected PV system at its head office in Dubai, and another 10kW rooftop system at its Jebel Ali power complex.

The rollout of ESCO

Meanwhile, a significant milestone was made for the building-integrated PV industry with DEWA’s launch of the Energy Services Companies (ESCO) regulatory framework last February.

The accreditation scheme, titled Etihad ESCO, is now open to building owners who want to make savings, as well as energy service companies who want to get accredited and participate more easily in DEWA’s ESCO tenders.

“Typical savings that we can obtain in Dubai buildings vary between 20% and 50% on the costs for energy. This will depend on the age of the equipment, state of the buildings and ways the maintenance was performed,” Etihad ESCO states on its website.

Product and equipment suppliers can also get involved by promoting their solutions to the ESCOs, while banks and financial institutions have the option of financing the projects that DEWA tenders to ESCOs.

“I am pleased to see the response to the ESCO accreditation scheme launched earlier this year,” Saeed Mohammed Al Tayer, Vice Chairman of the Dubai Supreme Council of Energy, said in a statement.

“At the time of its launch, I highlighted the importance of regulatory frameworks that reflect the commitment of the Government of Dubai and Dubai Supreme Council of Energy to promoting the leadership and competitiveness of Dubai at a global level, as well as encouraging and supporting partnerships with the private sector to create new business and investment opportunities.”

Etihad ESCO promises to handle all the activities for companies as a turnkey service, and is even willing to finance the works to help them save their capital budget for core activities. In addition, the DEWA entity will evaluate the performance of the companies’ buildings, organise their competitive tendering, select the best ESCO contractor, and manage and guarantee the results so that savings can materialise.

In light of these new regulatory developments and project announcements, the UAE is becoming a magnet for global PV manufacturers. Solon, for example, a German solar module producer, recently said it was closing its plant in Berlin and relocating its headquarters to Fujairah, one of the UAE’s seven emirates, where it already has a manufacturing capacity of 300 MW through the Solon Microsol facility.

On a domestic level, more local companies are emerging in the PV domain, such as the Abu Dhabi-based Abreej Solar Energy, a small company supplying solar water pumps and PV panels, which was established with the support of Khalifa Fund.

Industry associations too are getting involved. The Korean Association of Machinery Industry (KOAMU) and Korea Electric Power Corporation (KEPCO) both signed agreements with DEWA this month to exchange information on smart grids and renewable energy, among many other areas.

Dubai’s energy strategy seeks to diversify the emirate’s electricity generation mix to include 5% renewable energy by 2030. However, renewable sources, mainly solar power, will be subject to regulation by the Regulation and Supervisory Bureau (RSB), and when connected to the DEWA network they will have to meet technical standards and connection requirements that have been set out in the Renewables Standards.

“The application for rooftop solar is possible today, you go to the DEWA website and there’s a procedure in place that will guide you through the process,” notes Marco Christiaan Janssen, Smart Grid Specialist at DEWA.

As far as rates, feed-in-tariffs and regulations are concerned, that is currently under development, he says. “We’re working together with Dubai Municipality - there are a few steps that we still have to take. It will take a few more months to be finalised.”