PV prices have finally reached grid parity in Jordan and the UAE, and are approaching that level in Egypt and Morocco, experts revealed at MENASOL 2015. 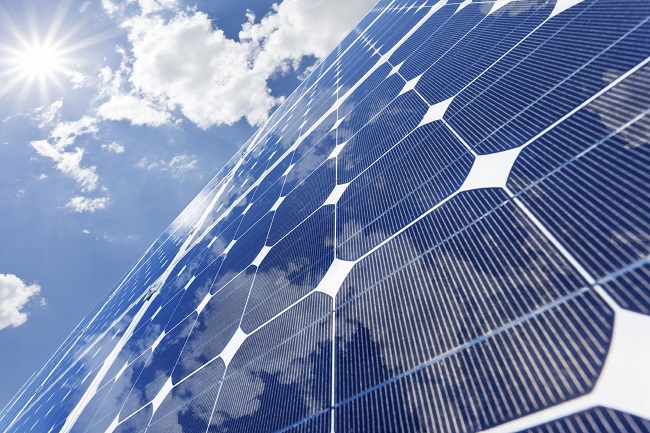 Global PV capacity is expected to reach at least 52 GW by the end of 2015, up from around 45 GW last year, according to estimates by Bloomberg New Energy Finance (BNEF).

“There are very good chances of reaching 3 GW in the MENA region in five years’ time; that’s what we are hoping for and targeting,” said Gulnara Abdullina, business development director at Jinko Solar, the third-largest crystalline manufacturer in the world.

Cost curve follows capacity
Reductions made in PV’s Levelized Cost of Electricity (LCOE) are largely driving this growth in installations.

A study by market research firm IHS shows that in Jordan and the UAE, PV has reached grid parity with residential and industrial power prices, and is approaching that level in Egypt and Morocco.

Saudi Arabia’s Acwa Power is in fact behind the lowest bid ever made for a PV Independent Power Producer (IPP) tender. At $5.98 cents/kWh for a 200 MW PV plant, the winning bid was proposed to Dubai Electricity and Water Authority’s.

“It is not unbelievable that we can reduce this price further,” Carvajal said.

And according to Acwa Power CEO Paddy Padmanathan, the single-most factor that differentiates them from competitors is their relentless focus on providing the lowest cost at the time of signing a contract.

“We don’t have a market price in our vocabulary, but we’re not looking to be just 1% or 0.5% lower than the next bidder,” said Padmanathan.

Given that a power purchase agreement binds a contractor for 20-25 years, a bid needs to not only be competitive but remain feasible in the long term.

“We do the detail work, establish true cost and persuade our supply chain to do the same. This surprisingly sets [us] apart from the rest,” Padmanathan said.

“In every transaction that we’ve won, there has been a big gap between our offer and the next bidder’s. In one project, it was shockingly between 5% and 31%.”

“Utility scale PV is currently estimated to be around $1.40/watt,” she said. “However, real data shows that we are ahead of this curve; the industry is moving much faster than the roadmaps provided by various analysts.”

Nevertheless, some companies have chosen to focus on innovation.

Jinko, a vertically integrated crystalline PV manufacturer, plans to spin off its downstream business and increased R&D expenditure by 62.8% in 2014 to $17.2 million.

The company is to partner with DuPont on implementing next-generation solar cell metallization pastes and module backsheet materials.

Jinko’s polycrystalline 72-cell panels recently achieved a world record of 345 watts, representing 17.8% efficiency at module level and 20% at cell level. The result of these efforts has been dramatic reductions in the company’s module production costs – as much as 40% between 2012 and 2015.

Developer’s perspective
For developers and power producers, cutting down costs involves different measures, from scrutinizing the numerous options in the market to monitoring the performance of each component.

“Our approach to plant optimisation is to turn every stone, from the initial point of modules up to the grid connection. The idea is to try to reach a configuration that maximises the plant generation with an optimal cost,” Carvajal explained.

In PV, this means optimising the module selection and DC-AC inverter, as well as identifying the best structure – whether single axis tracker or fixed tilt system.

“At the end, we are not a PV company, we are just a utility and we approach PV like any other technology. Our goal is to dispatch fuel with the lowest tariff.”

Although MENA countries still represent a small fraction of the global PV market, the extremely low tariffs proposed by – and awarded to – companies such as ACWA Power in Dubai and GI Karnomourakis SunRise PV Systems in Jordan will only increase the penetration of PV in this region.