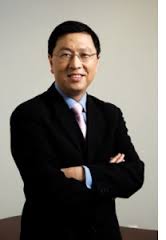 Canadian Solar has been awarded a module supply agreement to provide 43MW of PV modules to the second largest solar power plant project in Japan. The buyer of the modules and terms of the deal have not been made public. Module deliveries are to start in May.

"We are proud to announce this large module supply agreement to provide our high efficiency modules to the second largest solar power plant in Japan, which is another significant milestone for Canadian Solar in this important market," commented Dr. Shawn Qu, Chairman, President and CEO of Canadian Solar.

Canadian Solar will supply approximately 168,300 pieces of its 60 cell high efficiency CS6P255P modules with power output of 255Wp for this project.  Module delivery is expected to start from May 2014 and to be completed in February 2015.

The quality of Canadian Solar modules is substantiated by one of the highest PTC ratings[1] out of over 12000 P-type crystalline modules published on the Go Solar California website. In addition, Canadian Solar modules also demonstrate higher energy yield of up to 5% compared with products from other Tier 1 module suppliers, according to PVSYST's system performance simulation.

PV module manufacturer REC Solar ASA has confirmed plans to expand capacity at its integrated plant in Singapore by 300MW at a cost of around US$70m, wrote PV-Tech.

REC Solar has invested in additional equipment to increase module manufacturing capacity by 100MW. It has approved plans to expand capacity to 1.3GW with capital expenditure (capex) of US$70m approved in 2014 to purchase two additional module lines, said the news report.

The capex would be funded solely from profits as the company expected to remain debt free after its restructuring and spin-off from REC Group last year.

Canadian Solar has reported that it has completed the first diesel hybrid PV system in the remote microgrids in northern Ontario, Canada.

Serving the First Nations of Deer Lake, Fort Severn, Keewaywin, North Spirit Lake, Poplar Hill and McDowell Lake located in northern Ontario, NCC has identified more than 80 First Nations and remote communities for potential RE microgrid solution deployment, in an effort to promote photovoltaic services and projects to areas heavily reliant on diesel and challenged by limited access to electricity.

Deer Lake First Nation aims to eventually replace 50% of their diesel consumption with the RE microgrid retrofit solution. The focus of the partners in developing RE microgrid solutions is also to help to build much needed additional clean energy capacity, and to support future economic development in the communities.

"Our partnership with NCC started 3 years ago. It underscores our strong commitment to Canada, helping to bring solar power to areas previously unable to get connected to the grid. Solar is a green, flexible, low-cost, and sustainable energy solution for these underserved First Nations and other rural areas. We are proud of our involvement in this important effort and the direct impact we will have on so many deserving families," said Dr. Shawn Qu, Chairman and Chief Executive Officer of Canadian Solar Inc.

"To reduce peak load and connect five more homes, we developed a three-part plan, including conservation, load shifting, and installing a PV solar system. This is important not only for the families who are waiting to move into these new houses, but for all of Deer Lake," said Chief Royale Meekis, the leader of Deer Lake First Nation during a ribbon cutting ceremony.

This project marks the fourth time that Southern Power and Turner Renewable Energy have partnered with SunEdison since June 2012.  Previous projects include the 20 MW AC Apex project in Nevada, the 30 MW AC Spectrum project in Nevada, and the 2.5 MW AC Granville project in North Carolina.

Construction of the project began in the autumn of 2013, and an agreement to acquire the facility was announced in November 2013.

Ted Turner, owner of Turner Renewable Energy, teamed with Southern Company through a subsidiary in January 2010 to form a strategic alliance to pursue development of renewable energy projects in the United States. The partnership has primarily focused on developing and investing in solar PV projects where solar resources are most favourable.

SunEdison was responsible for building the Adobe facility, and has been contracted to  provide asset management and 24/7 monitoring and maintenance services through its Renewable Operations Center.

"Since 2010, the Southern Power and Turner Renewable Energy partnership has developed more than 220 MW of solar generation in America," said Southern Power President and CEO Oscar Harper.  "We're pleased to once again partner with SunEdison through the acquisition of the Adobe Solar Facility – adding another 20 MW of solar resources and further strengthening our growing renewable energy portfolio."

Southern California Edison, a subsidiary of Edison International, will buy the power generated by the facility under the terms of a 20-year power purchase agreement.

Tucson Electric Power (TEP) is developing a solar array at Fort Huachuca in Sierra Vista, Arizona, through a partnership that will help the US Army achieve its renewable energy and energy security objectives.

The array is expected to have a capacity of approximately 18MW when it comes online later this year. TEP will own and operate the array. TEP has contracted with E.ON Climate & Renewables, a partner on other successful solar projects, for the system’s construction.

The Fort Huachuca system will be larger than any existing solar array on any US Department of Defense base in the world. Once in operation, it will serve as the largest single solar resource owned by TEP. The system will offset more than 58,000 tons of carbon dioxide per year while reducing other emissions associated with generating an equivalent amount of power with fossil fuels.

The system at Fort Huachuca will be connected to an existing substation through a single interconnection on TEP’s side of the meter. Any excess energy the system generates will flow back into the grid for use by other TEP customers.

GE Energy Financial Services and Welspun Renewables Energy have formed a partnership to expand solar energy generation in India. The deal marks the firm's foray into the India solar market.

GE Energy Financial Services is making its first investment in a solar power project in India, funding $24m for a 151 (DC)-megawatt solar photovoltaic power project that WREPL put into operation in August 2013, almost eight months ahead of schedule. The Neemuch project – one of the world’s largest solar plants – powers 624,000 homes and mitigates an estimated 216,372 tons of carbon emissions annually.

The project, part of WREPL’s 308 (DC)-megawatt operational solar portfolio, is located on an 800-acre site in Neemuch, which sits on a 500-meter-high barren land ridge in the Indian state of Madhya Pradesh. The site receives among the highest levels of irradiation in India. WREPL’s project has reached a capacity utilisation factor of 26 percent, among the country’s top generating projects.

Power from the project is sold to the Madhya Pradesh state utility, helping the country meet its target of 20 percent energy generation from renewable sources by 2020.

Raghuveer Kurada, business leader for India and South East Asia at GE Energy Financial Services, said that India with its geography, strong economic growth and commitment from the highest levels of government, has gained incredible potential for the development of solar power.

“Our investment in Welspun Renewables’ solar project helps to realise that potential. WREPL’s history of developing benchmark projects ahead of schedule and with high generation power output helps us expand globally across the energy spectrum and meet the world's energy needs,” said Kurada.

OPDE, a multinational group specialising in the development, investment and operation of solar farms, has recently completed a new 12MWp solar farm in Alresford, Hampshire in England.

Commencing in February 2014, construction took only two months, and first connection to the grid was made on 23 March.

The connection of the new 12MWp farm helps OPDE strengthen its presence in UK, where the firm plans to develop farms for a total output of 150MW in the next few years.

"These projects required a modular solution to accommodate the different layouts on the 12 roofs," said Daniel Hill, Director of Solar Design & Sales for Cobalt Power Systems. "RM was selected for its ease of design and installation around roof obstacles. RM has proven to be an intuitive product with a short learning curve, yielding faster installation rates than expected."