O&M: Taking the cracks out of PV

Manufacturers cut back on materials to save money and get more wafers out of one silicon ingot. At the same time, new cell technologies required thinner cells for higher performance. But thinning the cells presents a new set of concerns, including cracking. 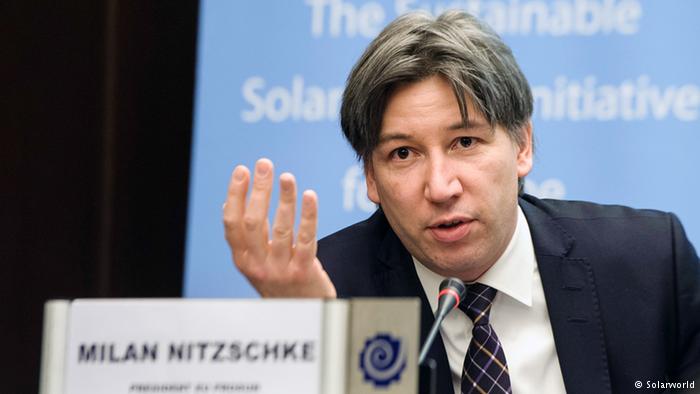 Newer generations of solar PV modules coulddevelop a problem overlooked until now - cracks. “Wafer thickness dropped from 500 micrometres at the time of the millennium to just over 200 micrometres five years ago. Now thickness has reduced yet again to 180 micrometres,” points out Sascha Dietrich, a module reliability expert at the Fraunhofer Centre for Silicon Photovoltaics (CSP). As the industrial research organisation has observed, appropriate remedies are needed.

The problem of cracking is typical for an enterprising industry requiring long-term investments. Few solar plants have even existed 20 years, yet the characteristics of those installed each year are continually evolving. That means solar PV producers now face potential new risks. “Crack development, which was not an issue before, is now something manufacturers have to consider,” says Dietrich.

To counter this potential problem, scientists at Fraunhofer CSP have devised a new test to assess crack formation in newer types of solar panels. The aim is to predict and prevent crack emergence in the field.  Newer module types are likely to be affected differently from their predecessors by loading from elements like wind, hail and snow.  Loading creates stress on the modules, and thinning affects stress reactions. This in turn presents new considerations from the point of view of marketing and quality assurance management.

Producers do have a broad understanding of the types of factors that affect crack emergence as a result of stress. They include the type of cell and backsheet and the protective sheeting known as the encapsulant. Other factors include the soldering and lamination technologies used.

“Industry takes a hands-on approach by trying different encapsulants, for example,” says Dietrich. The variables affecting cracking will differ according to manufacturer. For instance, temperatures used during laminations may vary, and this may have a bearing on later cracking. But few manufacturers can actually predict the extent of cracking and how or why it emerges. If they could, they might adjust the production or characteristics of their modules.

As Dietrich indicates, Fraunhofer’s new sample module makes a first step in that direction. “Nothing’s been done on this before,” he remarks. The specimen, which can be used by any PV manufacturer, is a small-scale version of a producer module.  It shows the influences of mechanical loading, and the observed activity is transferred to full-scale PV modules using a simplified evaluation method. Researchers in the labs used load rollers to simulate the effect of the snow, wind and other weathering on solar modules. The objective was to investigate the influence of stress on the crack direction.

Loading on solar cells was tested parallel and perpendicular to the bars that conduct electricity, known as busbars. The researchers discovered a loading parallel to the busbars causes cracks sooner than a loading perpendicular to the busbars, especially for multi-crystalline cells.  Different cell types show different fracture strength values. They also found that cracks already present from the soldering or lamination process tend to act a starting point for further crack development.

Milan Nitzschke, Vice President and spokesman at solar panel manufacturer SolarWorld, agreed the innovation would provide useful insights. He also said it was important to look at the bigger picture too. “The whole topic of crack propagation and formation needs to be fully understood along the whole value chain. It is important to not only look at a part of the results, but to fully understand the effectiveness of cracking, process control of crack occurrence and a final risk assessment on resulting effects in the field,” he says.

It is early stages, so the precise impacts of cracking are not fully-known. But Dietrich suggests several risks might arise from cracking. “Cracks might appear over time due to seasonal temperature cycles. After four or five years, cells may move apart, potentially leading to power loss. You can get electrical arcs, and there can be safety issues,” he explains.

But he said product recall was unlikely. “I’ve never heard of customers going back to the manufacturer to replace cracked modules. But insurance companies accept cracks might lead to safety problems. There is no reason to dismount the module, because it is not possible to see the cracking with the naked eye at first,” he says. Damage to the plant might therefore be noticed too late.

Nitzschke indicates new risks were bound to emerge as inventions were commercialised. “Due to continuous improvement and new developments in materials, processes and technologies of products, new knowledge gaps are also continuously arising. SolarWorld takes this very seriously and hence adapts to new challenges with daily tasks and improvements as well as preventive and corrective actions,” he says.