European solar PV markets such as Germany and Italy are entering a new phase of development that is prompting O&M suppliers to prioritize spare parts availability and anticipate potential repairs for newly developed PV assets, according to Michael Ploechl, head of O&M Business at inverter manufacturer SMA. 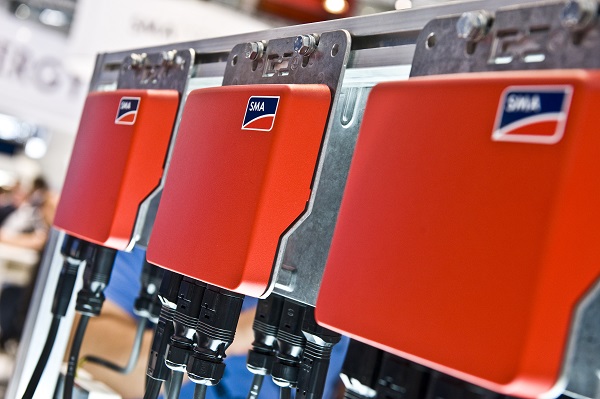 Speaking at PV Insider’s PV O&M Developments in Europe webinar on July 3, Ploechl analyzed how O&M services in Europe have changed in response to the shifting market dynamics, growing customer demands and equipment supplier availability in Europe over the last 10 years.

"The PV market in Europe has seen dramatic changes for all involved groups and players during the last few years,” he said. “Yet, players are getting more efficient, more professional and focused on their core business.”

The US and Chilean PV O&M markets are undergoing a similar transition, according Ploechl.

In parallel, the O&M market has morphed from essentially smaller installers and EPCs performing simple O&M to facilities they have built, through a period where larger EPCs with better O&M capabilities such as Phoenix Solar and Juwi entered the fray, to a much more competitive market with a growing number of independent O&M providers like First Solar’s Skytron, which focus on predictive analytics, advanced monitoring and smarter maintenance systems.

More and more asset owners with a buy-and-hold strategy such as Enerparc and First Solar are also developing turnkey O&M expertise – either internally or via subsidiaries – to gain better control of the performance of their plants.

Independent O&M firms grew both in number and in size in 2014, according to the study.

The PV O&M market is also seeing more consolidation, both via mergers and acquisitions and via portfolio-level contracting.

Even though the addition of new installed capacity has slowed down in Europe, the O&M market on the continent is likely to remain active, particularly as assets age.

European installed capacity will likely grow between 6 GW (low scenario) and 11 GW (high scenario) in 2015, before increasing again at a slower pace with installations ranging between 7 GW and 17 GW five years from now, according to SolarPower Europe, the new European Photovoltaic Industry Association (EPIA).

Focusing on supply chain management
But the fundamental shift in the O&M market, according to Ploechl, comes from the changing nature of O&M owners and their requirements. Power generators are increasingly tied to utilities via power purchase agreements (PPA) that guarantee availability, performance and energy production at specified times.

Unlike traditional financial investors, which primarily focus on increasing their ROI, utility generators also care about how and when the energy is produced.

This has led to a “dramatic shift in thinking” among asset owners, who are increasingly expecting O&M providers to maintain energy production and availability, anticipate problems and ensure spare parts availability well in advance, according to Ploechl.

While until a few years ago, O&M in Europe was limited to activities that were little more than washing the modules and clearing the vegetation, today O&M aims to maximize kWh and reduce risks through the prediction of malfunctioning components and in some cases via reengineering or revamping the PV system.

Another major challenge for O&M providers is the ongoing loss of original equipment manufacturer support as many panel and inverter makers such as Satcon, HelioVolt, SolarMax and others exit the market.

This makes it difficult to obtain spare parts or warranty cover, particularly for PV plants that are 5-10 years old and still have another 15-20 years in operation left, Ploechl said.

New policies in some European countries are also increasing the burdens on O&M providers in more mature markets. In the Czech Republic and Italy, for example, the governments have introduced regulation stating PV owners cannot exchange modules at a solar plant for other types or classes of modules or they would lose their feed-in tariffs.

The changing market dynamics are creating a need for and opening opportunities for O&M providers with good spare parts connection or excellent preventive maintenance skills. This will likely benefit the newer PV plants since they will have access to better O&M services and resources compared to many of the earlier facilities.

According to Ploechl, suppliers that are able to survive in today’s marketplace will most likely still be around in the future, except for “some of the less successful PV module manufacturers.”

SMA plans to strengthen the supply chain management in its O&M department with a focus on ensuring spare parts availability, anticipating potential breaks and managing repairs, and planning ahead in case certain spare parts are no longer available in the future.
Supplier bankruptcies have been quite costly for O&M developers and owners in recent years, sometimes forcing them to modify entire systems within existing plants.

Several years ago, SMA needed to replace three broken electronic boards in a 140-board communication system for monitoring the string current at an 8 MW PV plant.

Since the original electronic boards were no longer produced, SMA chose to redo the entire monitoring system with new electronic boards and sub-component boxes instead of simply replacing the three broken ones.

The overhaul cost the company 80 times more than what it would have paid to replace the three broken boards, Ploechl said.