Kuwaiti firms roll up their sleeves for PV installations

As KOC's newly awarded PV project moves into the construction phase, other local entities are examining the use of rooftop PV. Is the Kuwaiti solar market finally ready to take off? 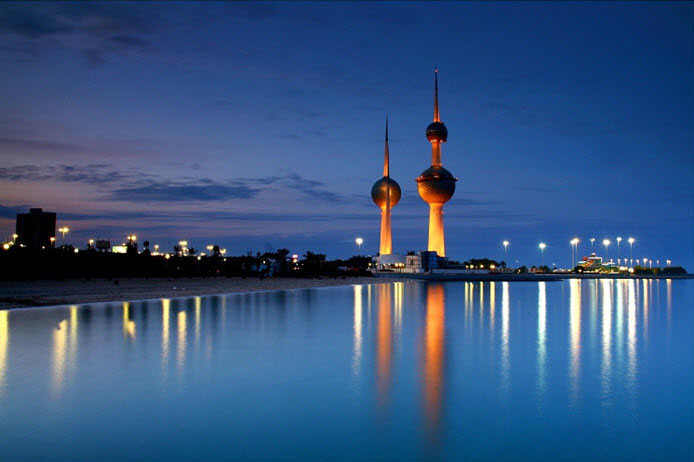 Kuwait's electric sector capacity has been slow to expand despite rapidly...

Upstream operator Kuwait Oil Company (KOC), a subsidiary of Kuwait Petroleum Corporation (KPC), recently awarded Gestamp Asetym Solar a contract to design, install, operate, and maintain a PV project that will provide a peak of 10 MW DC. The project was tendered last year and attracted some of the world's largest PV firms.

"This project was chosen as a step towards fulfilling the vision of KPC of utilising solar energy in the oil sector,” said Saeed Al-Shaheen, manager of the Well Surveillance Group inside KOC that will lead the project, working with Gestamp to ensure that the PV plant meets its performance goals. “This vision was set in December 2012, and it aims to reduce greenhouse gas emissions,” noted Al-Shaheen.

Spanish PV developer and operator Gestamp Solar, a subsidiaryof Corporación Gestamp, will now build the plant and operate it for a period of five years.

"It was a competitive bidding. Amongst all the technically qualified bids, they offered the lowest cents per kilowatt hour," says Dr. Raed Sherif, a solar energy veteran, and a consultant at the Well Surveillance Group.

"The bid was open for all PV technologies," he adds, "and the one that was selected was polycrystalline silicon mounted on single-axis trackers. This will be the first project of its kind in Kuwait, and will serve to demonstrate the suitability of PV even in harsh environment, as in Kuwait.”

Gestamp Solar has so far witnessed a successful year. In July, it was awarded its first project in Japan, a 31.6 MW PV plant that should be operational by mid-2015. Overall, the group is developing  projects amounting to 700 MW this year.

When complete, KOC's PV plant will be connected to a substation that feeds and distributes electricity to Electrical Submersible Pump (ESP) systems at the Umm Gudair field in West Kuwait.

That distribution substation will be connected to another substation that is receiving power from the Ministry of Electricity and Water (MEW). This means the ESPs will receive stable electricity through automatic synchronization of electricity from the PV plant with the electricity coming from the grid.

Worthy of note is that the plant is required to have a minimum of 5 MW power supply input to the substation during the summer months between June and September, specifically from 10 am to 2pm.

While the project is expected to achieve cost savings, this is not the primary goal. "The idea of this project is to achieve environmental benefits through reductions in CO2,” said Ms. Laila Al-Bairami, a senior engineer in the Well Surveillance Group who has overseen the registration of the PV project with the United Nations to get CO2 emission reduction certificates.

“We are currently waiting for the verification of the amount of CO2 to be reduced through a third party," elaborates Al-Bairami.

But given the plummeting prices of PV, Dr. Sherif notes that there will be a payback period for the project as the operation cost is low relative to fossil fuel. "PV prices have come down significantly over the last five years. For this project, the payback period is estimated at under 10 years."

Similar projects should follow in the future, he says, although it will all depend on how the upcoming project will perform. "It will become clearer after the first year or two of operation."

A trend in rooftop PV

KOC is not the only oil company in Kuwait to show interest in PV. Kuwait National Petroleum Company is said to be studying the potential installation of PV panels on the canopies of its petrol stations across the country.

Outside the oil industry, Kuwait Foundation for the Advancement of Science (KFAS) plans to launch a pilot rooftop solar project that could provide a model for a large-scale initiative.

“The board of directors of KFAS has agreed to install rooftop PV units on 150 Kuwaiti private homes,” KFAS director general Adnan Shihab-Eldin said in July. KFAS is working on the project with MEW, Kuwait Institute for Scientific Research, and Kuwait’s National Technology Enterprises Company. The plan will see PV systems installed on 50 homes per year between 2014 and 2016, with a total capacity of 2-3 MW.

In addition, 1 MW of rooftop PV will be installed at two Cooperative Society supermarkets by 2015, to power the buildings and their carports.

"Co-op societies are widely used by the public and therefore a high profile demonstration of sustainable energy systems and their benefits. They have large energy saving potential in lighting, refrigeration, and air conditioning," highlighted Shihab-Eldin.

It is worth mentioning that Kuwait was one of the first countries in the region to embrace solar energy in 1984 with the use of BIPV panels in Kuwait English School.

If the latest announcements go according to plan, including KISR's Shagaya project that aspires to commission 720 MW of PV by 2030, Kuwait should easily succeed in meeting its renewable target of 15% by the same year.