Energy-deprived Jordan is more than doubling the size of the regional energy market with 600 MW of PV projects to be added to the grid by 2020. Even beyond the government programme, opportunities abound as universities and hospitals look to solar for power security. 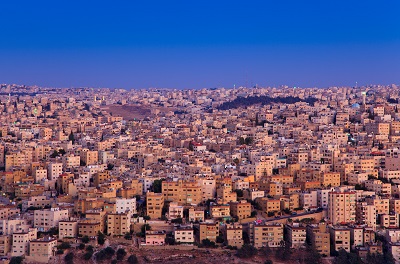 Dependent on foreign imports for nearly all of its energy needs and burdened with the influx of Syrian refugees, Jordan has set out on a multi-pronged mission to end its vulnerability to the volatile fossil fuel market.

The plan saw the government set an ambitious renewable energy target of 7% by 2015 and a goal to develop 600 MW of solar energy by 2020. Consequently, it announced three rounds of solar projects, each comprising 200 MW.

The first round of renewable projects has resulted in 12 consortia being awarded PV projects at a total cost of $560m. Among the winners were the First Solar Shams and the Ma'an Power Generation consortium with a 52.5 MW project; Norwegian company Scatec Solar with a 10 MW project; and a consortium led by Canada’s AMP Solar Group with a 20 MW project. Portugal’s Martifer Solar and Dubai-based Adenium Energy Capital were also awarded a 10 MW project.

All winners have secured 20 year PPAs with Jordan’s National Electric Power Company (NEPCO) – some of which will be built in Jordan’s northern region of Mafraq, and others in the southern city of Ma'an.

“The 12 projects are expected to be completed by early 2015 and in mid-2015 they will be connected to the grid,” the country’s energy minister Mohammed Hamed told Jordan Times. “We have two remaining rounds under which about eight renewable energy projects for power generation will be built.”

The second round of projects was launched in October 2013, inviting expressions of interest from both PV and wind power developers. The government is now in the process of choosing four companies out of 45 qualified local and international firms to build 50 MW PV plants, which will be located in Mafraq.

MoUs have already been signed with these companies, and they have until July 6 to submit their technical and financial offers. Once these offers are received by MEMR, they will be assessed by a specialised team and the four winning companies would be announced by September 2014.

“Jordan has just signed up several power purchase agreements for private developers. It’s quite significant; it’s more than doubling the size of the whole regional market on its own with this set of PV projects. These projects provided returns that were attractive enough to get the attention of a number of international investors,” Sami Khoreibi, CEO of UAE-based Enviromena told PV Insider.

As the MENA’s largest PV EPC contractor, Enviromena made a move into Jordan by establishing a new office there last April. “We as Enviromena are participating (in the Jordanian solar market) as an EPC and O&M contractor,” Erik Voldner, executive director of operations at Enviromena told PV Insider.

Round 3 takes a leap

Expressions of interest for the third and final round, which focuses solely on PV projects, were invited in March 2014 with an increased maximum capacity of 100 MW per project. Due to the larger capacity being offered, applicants or nominated EPC contractors will have to meet higher criteria compared to previous rounds.

Moreover, evidence of raising sufficient debt and substantial equity participation – of $30m as a minimum versus just $5m in the previous round – must be shown in order to participate in this round.

And in contrast to the first two rounds, Round 3 does not expressly prioritize project locations, which should allow for greater flexibility in land selection. “The most important criteria for selecting the land is the capacity of the local grid and distance to the interconnection point,” highlights Voldner.

Mafraq, one of the regions where several PV plants will be constructed, recently halted the bidding process for land to give way to a new set of rules.

According to Mafraq Development Corporation, the new land bidding will involve a rent payment scheme in which investors and developers will no longer be required to provide a down payment prior to entering a PPA with the government.

This will address the fact that some investors and developers may not reach the PPA execution phase, therefore reducing the possibility of them incurring financial loss as a result.

It is worth noting that the government extended the EOI deadline for Round 3 twice, from 10 April to 15 May 2014 and then again to 14 August, 2014. The reasons are not clear, although it’s most likely to allow additional time for interested applicants to come forward.

Outside of the government’s renewable energy programme, the private sector has been embracing solar energy as a way of escaping the soaring electricity prices.

Last year, the Private Hospitals Association (PHA), which represents 46 hospitals, proposed to government authorities the establishment of a 15 MW PV plant to provide electricity for hospitals across the capital Amman. The plant is expected to lead to an immediate 20% drop in private hospitals’ energy bills and PHA expects to recoup the initial investment costs within a five-year period.

However, the association has yet to receive a reply according to Jordan Times, despite the fact that hospitals in the country pay JD 0.259 per kWh ($0.365) – much higher than the JD 0.160 that hotels pay and the JD 0.60 that factories pay for the same consumption. It is also double the JD 0.113 that hospitals paid in 2011.

Because hospitals cannot reduce their energy consumption by nature of their critical operation, PHA has been studying alternative solutions and is now considering hiking the fees of healthcare services for non-Jordanian patients.

The educational sector is also seeing the logic in solar. Al-Huson University College, for example, plans to install generators with a back-up PV system by 2015, with the tender to be floated in July this year. Although small scale at 50-100kW, it reflects a new attitude by the private sector towards energy consumption.

All renewable energy plants in Jordan should be supplying the national grid by 2018. These projects will significantly ramp up the country’s electricity production capacity, which now stands at 3,200 MW.

Interestingly, solar PV has already reached grid parity in the country. While domestic electricity production typically costs $0.19 per kWh, Martifer Solar and Adenium Energy Capital’s signed their PPA at a tariff of $0.169, and Enviromena claims it can comfortably produce PV energy at just $0.14.

“The underlying economics show that there is an attractive enough payback period for foreign investors,” says Khoreibi. “Our expectation is that Jordan’s projects would be definitely under the 10-year return.”