European and Chinese module prices have converged over the last year as declines have slowed and a range has been found, but a looming European Commission decision on minimum prices for imports could disrupt this trend. 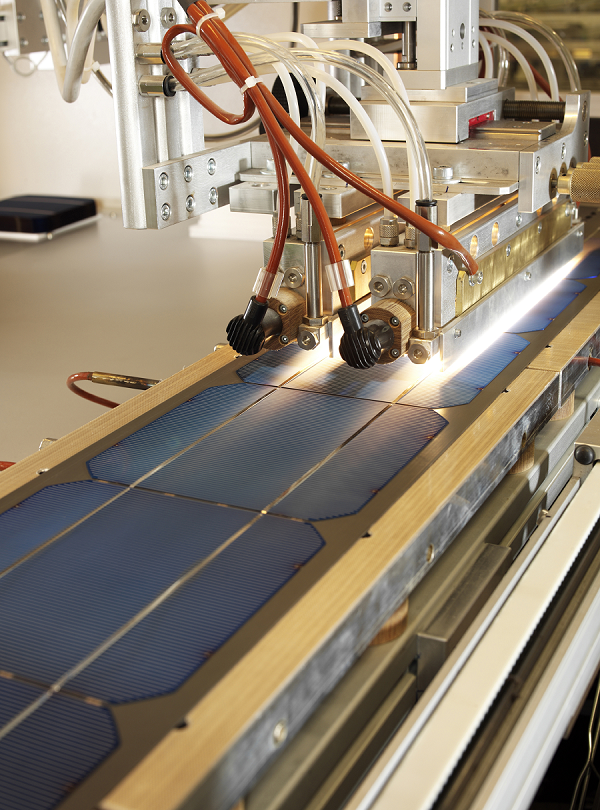 The general drop in global module pricing has become less pronounced since 2012 and a flatter progression is expected in the coming months due to strong growth in solar installations and tight supply globally, analysts told PV Insider.

However, a December 2015 review by the European Commission of minimum import price (MIP) regulations affecting Chinese module imports may have a knock-on effect on system costs for new builds in Europe come 2016, and to a lesser extent, Operations and Maintenance (O&M) costs.

Low rates of panel replacement mean module price swings have a much larger impact on new plant costs than on O&M costs for existing assets.

Feed-in tariffs have been steadily lowered in many European countries, narrowing the profit margins for new projects and driving operators to seek efficiency gains.

German module prices have been falling in recent months and closed in on Chinese prices, but further immediate reductions in German module costs are not likely for the time being as European products have become more expensive again with the surge in demand in late August and early September and the higher prices of cells and raw materials, according to Martin Schachinger, chief executive at pvXchange, a European module trading platform.

In August 2015, the average price for Chinese- and German-made modules reached parity, at €0.57 per watt, for the first time in a decade (the prices are ex-VAT, inclusive of import duties).

This convergence followed a year in which German module costs had declined steadily, from around €0.75 per watt in August 2014, and Chinese product prices had started rising from a sub-€0.55 per-watt-level in April 2014.

The price parity was short-lived, with Chinese module costs dipping once more below those for German products in early September 2015 (full prices for the month of September were not available at the time of publication).

The slight drop in the cost of Asian panels is due to “sporadically emerging inexpensive lots, but cannot yet be described as a trend,” Schachinger wrote in a blog post in September.

Big module price fluctuations are unlikely in the coming months. Crystalline module prices in Germany and China have not seen any major volatility in recent years. On the whole, German module prices have been declining steadily while Chinese prices have hovered in the €0.53-0.58 per watt range since September 2012. Source: PV Insider. Data: pvXchange.

Overall, the average annual module prices are forecast to decline significantly less than in previous years, contributing to more robust pricing in the next few months, Edurne Zoco, senior principal analyst for IHS Technology said in a September press statement.

This outlook is expected to hold until 2017. The expiration of the US federal investment tax credit at the end of 2016 is forecast to cut demand for PV and lead to a 9% drop in module prices, according to IHS Technology.

In Europe, however, the outlook for module pricing is complicated by an upcoming review of MIP regulations affecting modules made in China. At present, this duty makes it uneconomical for Chinese manufacturers to ship polycrystalline products into Europe.

Monocrystalline panels are the only Chinese imports currently because they can still offer a sale price above the MIP.

The European Commission is set to consider an extension of the minimum import price restriction in December 2015, two years after the anti-subsidy measure came into effect.

“If [the anti-dumping and anti-subsidy measures are terminated], module prices may continue to decline in 2016,” said Iris Meyer, press officer for PV project developer IBC Solar in Germany, referring to the ongoing trade case around the import of solar cells and modules from China into the EU.

The trade dispute has sparked a conflict between solar lobby groups pushing for an extension of the MIP and others who want the duties to be lifted so that PV project developers in Europe can have access to cheaper products.

Effect on installation and O&M costs

In the short term, it is difficult to predict how the MIP review will affect module prices and whether this will have any knock-on effect for existing and newly built PV plants.

These trends are potentially significant for new PV plants in Europe since module costs account for around 35% of the total system price, according to research carried out in 2014 by the US National Renewable Energy Laboratory.

At the same time, module pricing has minimal effect on O&M costs as modules become more reliable. Less than 5% of solar plant component failures are due to module malfunction, according to a 2010 analysis by the Electric Power Research Institute.

This translates to a relatively small O&M cost. In one example modeled by the European Commission in 2013, module O&M accounted for $0.01 out of a total levelized cost of energy of $0.18 per KWh.

And it is assumed this cost covers labor-intensive tasks, such as module cleaning, which are not affected by the price of new modules.

“Replacement of modules is only needed if they are out of order. The cost varies according to the need of replacement and age of the PV plant. Prices for solar modules have fallen dramatically over the last few years,” Meyer said.

“When it is necessary to replace modules with originals from spare-part stock, the costs are much higher than for modules produced during the past four to five years. Therefore, it is not possible to refer to standardized costs.”

“You don’t change modules all the time if they are OK,” said Carla Vico Rico, chief operating officer for Greensolver, a renewable energy asset management firm. “You change broken modules but I don’t think it has a very big impact on the cost of O&M today.”

Contributing to low failure rates is the fact that plant owners now seem more willing to invest in higher-quality products that will last longer.

As a result, many formerly low-cost Chinese producers have improved the quality of their modules while traditionally high-quality European modules have decreased in price.

At the same time, though, many major European solar development markets are now in decline so the demand for new modules is falling.

Schachinger notes polycrystalline modules used in Europe are mostly imported from Southeast Asia and are exempt from the import duties on Chinese products.

“The production capacity of [Southeast Asia] is rushing to keep up with demand from the US, which is leaving less volume available for the European market.”

Overall, the picture that emerges is one of a European PV market that has less capacity to influence global module costs, and while module price remains a concern, there is now more focus on module quality to reduce O&M costs over the lifetime of a plant.

For plants currently under construction, meanwhile, a potential future hike in module prices could drive some developers towards lower-cost, lower-quality products that could bump up O&M costs.

However, Mark Barineau, solar business intelligence analyst at Lux Research, pointed out that European developers are less likely to follow this route given their long-term experience of O&M. “If you pay a premium for a premium product, that is going to lower O&M cost down the road,” he said.