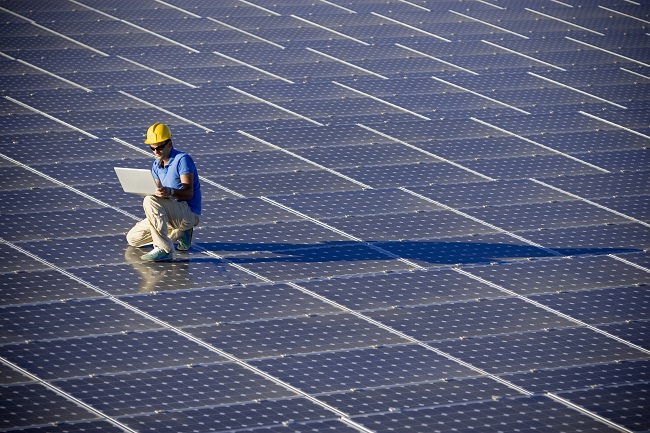 Engineering procurement and construction (EPC) companies and photovoltaic developers are placing more emphasis on operational assets, and many companies that don’t have operations and maintenance capabilities (O&M) are looking to get them.

PV insider has investigated how the growing O&M sector is responding to the cost concerns of developers active during the solar PV construction boom.

The rising interest in O&M is clear. Major renewables firm Enel Green Power has shifted its business in Europe from developing new plants to operating, maintaining and optimizing the efficiency of its existing assets.

Inverter manufacturers SMA and Schneider Electric are now offering limited-scope O&M contracts, and smaller developers such as Activia have made O&M a significant part of their business.

In March, Conergy launched a joint venture in Turkey that will provide project development, financing, engineering, procurement and construction (EPC), as well as O&M services.

These moves come at a time of slowing growth in new capacity.

European new solar installations fell 36% in 2014 to 7 GW, according to the European Photovoltaic Industry Association (EPIA).

The drop came despite the growth of the UK market, which topped installations with 2.27 GW, and a 1 GW increase in France, IEA data shows.

Some medium-size European markets continued to progress, such as the Netherlands and Switzerland, while others – particularly, Austria, Denmark and Romania – saw market decline, according to the IEA.

A GTM Research report from October 2014 projected that despite new megawatt-scale PV installations dropping to pre-2009 levels, Germany’s O&M market, for example, would exceed 11 GW by the end of 2014 as plant owners sell projects or change O&M providers.

The European O&M market is not likely to grow much beyond 25 GW in the next two years, according to a 2013 forecast by GTM Research, but PV developers appear increasingly keen to demonstrate O&M expertise alongside installation skills.

In 2014, First Solar bought monitoring firm Skytron to expand its O&M capabilities in Europe. Acquiring Skytron’s monitoring capabilities was part of First Solar’s plan to develop a turnkey O&M strategy for utility plants, according to a source close to First Solar.

Selling O&M contracts is competitive, given the growing number of firms looking for maintenance work. Operators must adapt as regulation changes and some manufacturers drop out of the market.

The German and Italian O&M markets, in particular, are highly fragmented compared to other markets like the US, according to GTM Research, requiring a different O&M approach.

Indeed, the European PV market remains quite varied and dispersed, with diverse segmentation from one country to another, according to EPIA Chief Executive Officer Dr. James Watson.

European utility-scale solar PV systems also tend to be of smaller capacity than in the US.

First Solar, for example, operates power plants in the US of several hundred megawatts each, while in Europe, its installed systems are around 3 MW.

The fragmented nature of markets and small size of plants has an impact on O&M. Research by SolarPlaza in 2014 found that O&M is substantially more often outsourced for portfolios smaller than 100 MWp.

“We are now seeing that a large share of power plants across the EU were built poorly,” said Jan Krcmar, spokesman at Dutch solar developer Photon Energy.

A 2012-2013 study by TÜV Rheinland of 125 large-scale systems showed that 30% had “serious defects or high frequency of errors.” About 50% of the defects in individual systems were installation errors.

This is probably not surprising, since many plants across Europe were built quickly to take advantage of FiT regimes.

But the hidden cost of rushing construction is now impacting plant owners and the companies they are contracting to carry out O&M.

“Investors are more and more ready to accept that their power plants are not the jewels they think they were,” Krcmar said.

“In many cases, we see a conflict of interest if the O&M provider is the same company that has built the power plant,” he said. “Faults at the PV plant are not addressed because the company would have to admit that they made mistakes during the installation.

“In these cases, owners often wait until the warranty for the power plant has expired and then change the supplier if they can.”

Finding suppliers is not a problem in the current climate. “Every country with a large PV industry has become a market for O&M,” Krcmar added. “The more capacity, the bigger the market and the bigger the competition.”

“If your assets were hit with a retroactive 26% tax, as was the case in the Czech Republic, you need to make sure your power plants make as much money back as possible, so as not to default on your debt financing,” he said.

O&M providers operating in these environments have learned strategies that allow them to cut costs.

“The most common strategy nowadays is to have a floating maintenance staff rather than a fixed staff at installations, at least for plants of up to 10 MW,” said Luis Selva Jiménez, operations director for Ingeteam Service.

This usually involves plant owners across a given geographical area all relying on a single provider that can serve all their needs, reducing the cost per installation.

Cost optimization
A final major issue for O&M providers is the ongoing loss of original equipment manufacturer support as panel and inverter makers exit the market. Satcon, a leading US inverter maker, stopped supplying in 2013, and other well-known brands such as SMA have also faced troubles.

This makes it challenging to obtain spares or warranty cover. And in countries such as the Czech Republic new rules have increased the burden on plant owners even more.

“In the Czech Republic, the government has introduced regulation stating you cannot exchange modules at a PV plant for other types of modules or you lose your FiT,” Krcmar said.

“If a module breaks, you have to replace it with the same brand and type. That means you need an O&M provider with good spare parts connection or excellent preventive maintenance skills.”