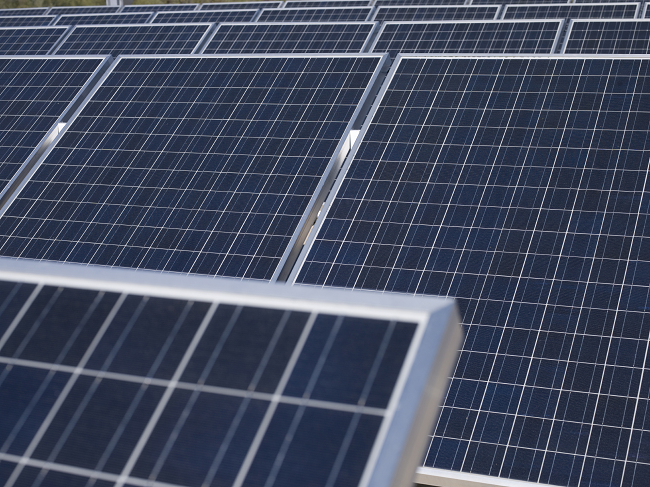 The Dubai Electricity & Water Authority (DEWA) has received a world record-low bid of 2.99 cents/kWh for the 800 MW third phase of its 5 GW Mohammed bin Rashid al-Maktoum solar project, DEWA announced on May 2.

The lowest bid was submitted by a consortium led by Abdul Latif Jameel of Saudi Arabia, Fotowatio Renewable Ventures (FRV) of Spain and Masdar of the United Arab Emirates.

DEWA received a total of five bids for the third phase of the project.

U.K./French firm Engie and Japan's Marubeni submitted an offer of 4.382 cents/kWh while a consortium comprised of EDF and Qatar’s Nebras submitted a bid of 4.482 cents/kWh.

All five bids were lower than the winning bid in phase two, set at then-world-record 5.85 cents/kWh by ACWA Power and its partner TSK of Spain.

DEWA will review the technical and commercial aspects of the bids before awarding the construction contracts later in May, according to PV Magazine.

Meanwhile, GE announced on May 3 it will supply 220 MW of its LV5 Series Solar Inverters to the second phase of the Mohamed bin Rashid al-Maktoum solar plant.

The inverters, which have been developed for the specific requirements of the Middle East region, are part of a frame agreement between GE and TSK. GE will supply outdoor solar SKIDs to TSK to be installed at the DEWA site, with GE’s scope of work including LV5 Series inverters, transformers and switchgears.

The delivery of the 220 MW DEWA project is expected to start in summer 2016.

Europe reached 100 GW of cumulative grid-connected photovoltaic (PV) power capacity in the second quarter of 2016, according to IHS.
The cumulative capacity of solar installations in Europe has increased more than 30 times in the last 10 years, from less than 3 GW in 2005 to 100 GW currently (see figure below).

According to IHS, the growth in PV deployments in Europe is due to two main factors - the 80% reduction in costs and the regulatory frameworks designed to meet the European Union’s Renewable Energy Directive.

The global solar PV market will grow 21% and add 66 GW of new capacity in 2016, according to GTM Research projections published on May 2.

Utility-scale deployments will account for 61% of all PV installed in 2016.

Tempered by policy pullbacks across major markets such as China, Japan and the U.K., PV growth will slow down in 2017, but the global market is projected to reach 95 annual gigawatts by 2020.

According to GTM Research, the top European solar markets will continue to fall down the rankings in the near term, but the region is likely to see a turnaround, and its share of global installations will grow from 10% in 2016 to 13% by 2020.

Meanwhile, GTM Research expects India to solidify as a major market, growing its global share to 13% by 2020.

Though starting from a low base, the Latin American market will double in size in 2016, with Brazil and Mexico projected to be the most promising markets for solar in the region.

The Japanese government is expected to approve revisions to its feed-in-tariff later this year that will impose new O&M requirements on owners of solar plants from April 2017, such as increased inspections and more robust security measures, Solarplaza reported on May 3.

However, the potential impact on the market remains unclear since the Ministry of Economy Trade and Industry (METI) has not released any details about the changes.

The government says it is introducing the new O&M requirements to ensure the stability of electricity production.

One of the most widely anticipated changes is that the government may require developers to regularly submit electricity generation data to prove that their PV plants are operating properly.