As Jordan selects the winning consortia for the upcoming batch of PV power plants and Egypt just announced the qualified consortia eligible for a quota of the FiT program, developers in the two countries are testing the best strategies to bid for land for their projects. 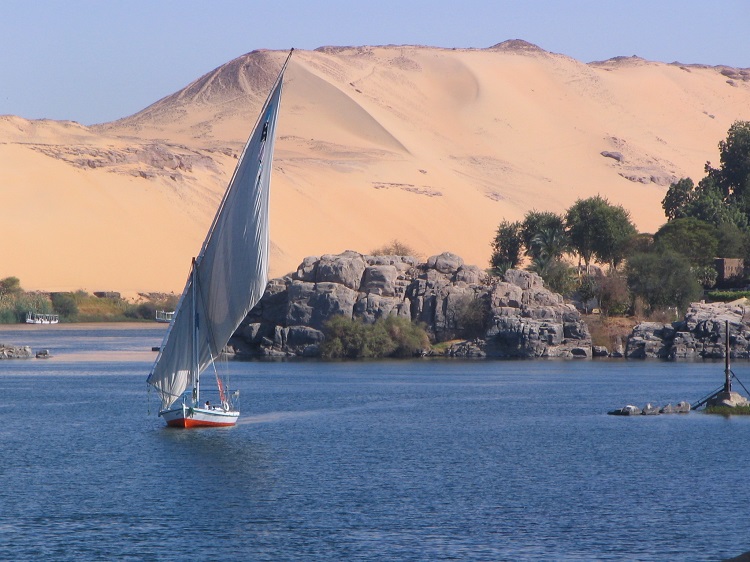 Aswan will host up to 40 utility-scale PV power plants.

Choosing between public and private land in Jordan

PV developers in Jordan are weighing between private and public land options for their projects.

Acquiring and permitting land for power projects in the country can be challenging, "especially when you have multiple land owners with varying levels of sophistication – and with a limited appreciation of project financing principles," according to Marc Norman, associate at law firm Chadbourne & Parke.

Developers could either bid for projects on public land in the Mafraq region in northern Jordan, or they could secure private land in the northern and eastern parts of Jordan, where the grid is less saturated.

By contrast, most of the round one projects are being built in the the Ma’an Development Area in southern Jordan, where the regulatory and administrative regime is more streamlined.

Land in Mafraq comes with certain advantages. For example, the studies needed for the project development – including preliminary grid impact, geotechnical, topographical, and environmental impact studies – can be purchased directly from the government when using the land. This could save developers money and effort compared to similar projects on private land.

Moreover, since this site can easily accommodate two 50 MW PV projects, developers could also combine forces when building the power plant and realize economies of scale.

Yet some developers have decided to bid for private land.

"The advantages of finding land outside Mafraq outweigh the benefits that come with this location," says Mohammed Ghalayini, general manager of Adenium Solar Jordan. "The easy route is Mafraq, and many developers have bid there, but from our assessment, those who manage to secure land outside this location will increase their chances of winning."

The company is developing and financing three PV projects under round one, and has submitted three bids under round two: two bids in Mafraq and one outside.

"It’s more advantageous if projects were spread out. As far as we understand, NEPCO [Jordan’s National Electric Power Company] doesn’t want all the projects to be situated in one location; it doesn’t make sense for grid stability. That’s why we worked hard on finding a location outside of Mafraq. We believe that companies bidding outside this area will get looked on in a positive way," Ghalayini says.

Securing private land outside of Mafraq, however, meant that developers had to find individuals who owned sufficiently large tracts of land and negotiate with them to lease their land for as long as 20 years.

All developers had was guidance on preferable locations, based on NEPCO’s desire to balance the grid.

"NEPCO told us to avoid the southern parts of Jordan because there would be a lot of renewable power coming online soon and encouraged us to focus on the north and east of the country," Ghalayini says. "We worked with them as we identified options, and they would come back to us with information on the suitability and readiness of the site from a grid perspective."

Italian independent power producer Building Energy, which was unconditionally prequalified in round two, also plans to buy land outside Mafraq instead of leasing it if it is awarded a project.

"Land was definitely one of the things where we had to put a lot of work in," says Cornelius Matthes, Managing Director, Middle East North Africa at Building Energy. The company decided to go for private land even though it was difficult to find a seller who owns a sufficiently big piece of land.

"With the help of our local partner, we found an option on purchasing the land clearly more convenient than leasing the land or selecting the public land," Matthes says.

"Our good position is also underlined due to the fact that the 132 kV high voltage line operated by NEPCO is running directly over the land we secured. NEPCO will be in charge of building the grid connection. We only need to pay the cost, and it is clearly stated in the agreement how the cost sharing will work."

The Egyptian government has adopted a slightly different model. Developers can find and apply for permits for their own land or they can apply for government-owned land.

The government-provided land will be allocated by the New and Renewable Energy Authority (NREA) on a first-come, first-serve basis to bidders that have incorporated a joint stock company in Egypt and provide 1% of the total project value when applying for the land.

"The key advantage with government-owned land is that it is fully permitted," Norman says.  In a nascent market like Egypt, this is a good way to kick-start the market. We understand that this rule will only be applied in the first regulatory period and so will likely be discontinued from 2017."

Two sites have been marked for the first round of projects. The first, near the Bin Ban village in Kom Ombo, Aswan, will host up to 40 utility-scale PV power plants with a cumulative capacity of around 1,800 MW. It will comprise 400 MW substations, each of which will accommodate eight projects. The other site is understood to be near Zafarana on the Red Sea.

However, the government is considering requiring developers to pay upfront the security deposit grid connection fee of €55,000 per megawatt, potentially before the signing of the PPA. This came as a surprise to the bidding consortia.

"NREA has requested the grid connection fees before we even sign the PPAs," says Wael El Nashar, CEO of Onera Systems, which bid as part of a consortium for a 50 MW PV plant. For a project of this size, the connection fees amount to around €3.5 million ($3.7 million).

"While it is certainly a burden for the developer and an unprecedented move on one hand – to find the money and pay it – on the other hand, I’m relatively comfortable knowing that grid connection is always a bottleneck and the process is well managed," Matthes says.

"Also, they are planning ahead to conduct the required upgrades at the different voltage levels of the national grid and have already ordered several components for this," he adds.

Securing a land plot in Egypt

Developers in Egypt are required to pay 1% of the total project value upfront as a guarantee when applying for the land. Then, at a later, still to be defined, stage, the guarantee increases to 2%.

Moreover, instead of leasing the land per square meter, the cost will be calculated on a percentage basis – specifically, 2% of the revenue that the project makes every year from the sale of electricity.

"It’s normal to oblige developers to put tangible things on the table to show the seriousness of the consortium," Matthes says. "Although they are a little bit delayed now, the general speed and legitimation of the program has been impressive, all very positive."

According to Dr. Mohamed El Sobky, executive chairman of NREA at Egypt’s Ministry of Electricity and Renewable Energy, the procedure of land availing has been established and discussed with the developers, and has been agreed on by everyone.

NERA has hired an international consultant that will be harmonizing all legal agreements like the PPA, usufruct agreement, and cost sharing agreement, in which the developer will share the cost of the infrastructure to connect to the grid.

To reduce the burden on the developers, the transmission company has offered to do the connections, including the construction of the cables, substations and connection to the grid. This will save the developers at least 27% off the interconnection costs, according to El Sobky.

The international consultant is expected to complete the drafts of all the agreements and terms, including the optimal payment method (cash vs. guarantees), within the third week of March. The Ministry will review them and issue the final version around mid-April 2015.

"This is all being done for the first time in Egypt," El Sobky says, "so there is a bit of back and forth between the electricity entities, developers and financiers, and we’re receiving the feedback at the same time. In the second round of the FiT program, all these documents will be ready, and the process will definitely be much faster."