The US East Coast saw up to 5% less sunlight than average in 2014, while the West Coast enjoyed up to 10% more sun, according to a study published by Vaisala in April that highlights the volatile supply conditions faced by PV plant developers and operators. 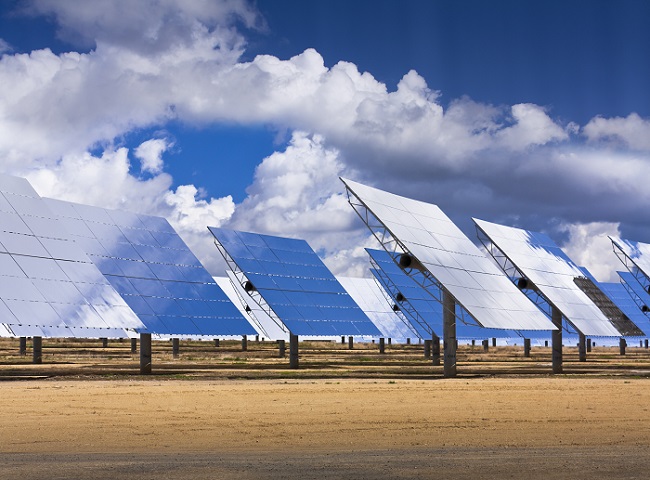 Global Horizontal Irradiance (GHI) data shows the weather patterns in 2014 lowered the output of many installations along the Atlantic Coast – from Florida to Massachusetts, as well as Texas – while the bulk of projects in California and the Southwest saw more sunlight, boosting production levels, the study from the weather measurement specialist said.

Much of the above-average sunlight occurred between October and May, particularly in January, when sunlight levels are less important to overall plant revenues, the data from Vaisala shows.

During the summer, swings away from the norm were less pronounced, but rainy and stormy weather in August severely dented sunlight levels in much of the Northern Plains and the Midwestern states. It was the coolest summer since 2009 and the ninth wettest on record in the continental US, with cloudy conditions causing below-average summer solar irradiance on a national basis.

“A 5% drop in irradiance is going to have almost the same amount of drop in power output,” said Gwendalyn Bender, a US-based energy assessment product manager at Finland's Vaisala, which manufactures electronic weather measurement systems and equipment.

While desert regions typically enjoy more consistent solar resources, the figures indicate a clear fluctuation in solar irradiance - 5% above average levels in June, but 5-8% below average in July and August.

Vaisala analyzed data for the land area surrounding the 392 MW Ivanpah Concentrated Solar Power Facility in Nevada and found that solar irradiance has either exceeded or fallen short of expectations in 10 out of 15 summer months over the past five years (2009–2014). This led to annual performance fluctuations potentially worth $440,000, according to Vaisala research.

Industry figures show that a 5% negative anomaly in solar irradiation during the summer months for a CSP or PV site can translate to a 1-1.5% decrease in annual revenue for a solar developer or operator, Vaisala said.

“For all [solar] plant owners, poor resource brings up the question: is the plant underperforming or is it just the weather? And that’s particularly true for sites that don’t have on-site irradiance monitoring,” Bender said, adding that PV plant owners and operators can boost their power performance in 2015 over 2014 figures by regularly weather-adjusting their sites’ equipment.

Based on client enquiries, Bender expects to see a spike in PV plant operators ordering power performance equipment (hardware and software) in 2015.

“Many operators are getting more serious about tracking their plant performance and want an easy way to review their data on a regular basis. Often that will include a software solution, either purchased or built in house,” she said.

“I don’t expect any slow-downs in installations. It will continue to be full steam ahead. But I believe people are reviewing their operations procedures like snow removal in light of their experiences in 2014.”

Understanding the irradiance levels helps asset managers determine if a system’s lack of output is due to malfunction or weather variation.

This could help to save on operations & maintenance (O&M) costs by reducing unnecessary truck rolls and labor expenses, according to Michael Herzig, president and founder of Locus Energy, a solar monitoring and data analytics platform provider.

According to a 2014 International Energy Agency study, irradiance measurement devices are expensive to deploy for residential or light commercial systems.

Locus Energy saw this as a market opportunity and conducted research into how irradiance could be estimated using a variety of different data sources. The culmination of this research is Virtual Irradiance (VI), the company’s software that can generate highly accurate estimates of solar irradiance across the US without the need for a physical sensor.

VI uses data from weather stations and satellite imagery to provide highly accurate, ground-level irradiance data for any location in the US. VI may be used with existing system software or as an add-on to Locus Energy’s  Solar Network Operations Center, a cloud-based software application.

For larger systems at which an on-site sensor may already have been installed, VI can fill in gaps and validate sensor data, which can become skewed due to miscalibration, soiling and other factors.

“This additional irradiance data will increase profitability as it increases the quality and accuracy of performance analyses," Herzig said. "High-quality irradiance data is the most important meteorological data point [for solar power]."

A rising number of fleet operators are opting to add data from satellite imagery to data generated by on-site sensors, Herzig said.

In 2014, Locus signed a contract with Extra Space Storage Inc., the second largest owner and operator of self-storage properties in the US, to help manage the storage company’s portfolio of 150 solar systems.

Nathan Morrill, Extra Space Storage's national procurement manager, said after signing the deal that the growth of the firm's solar fleet called for a more precise tool for assessing how its solar assets were performing.

“After working with VI, we are much more aware of how much energy each and every one of our sites should be producing, which helps us prioritize O&M activity,” Morrill said at the time of the contract signing in July 2014.

Last year the US showed signs of geographic diversification in the solar market. While California installed the most capacity, PV growth is accelerating on the East Coast, especially in North Carolina, Massachusetts and New Jersey. This trend is likely to continue, at least in the short term.

North Carolina installed almost 400 MW of solar capacity in 2014, according to Energy Equity, an energy analysis and research company.

Duke Energy's support for solar power and state-level permitting incentives have also increased support in the state, where the solar industry comprises more than 150 companies employing some 4,000 people, and attracted $650 million in investment in 2014 alone, according to Energy Equity.

Duke Energy also announced in April it plans to add up to 500 MW of utility-scale solar in Florida by 2024.

The decision to venture into solar is part of the company's 2015 Ten-Year Site Plan proposed to the Florida Public Service Commission (FPSC).

Construction of the first site – up to 5 MW – will begin later this year, with 35 MW expected to be completed by 2018, it said.

The first solar energy facilities will enable Duke Energy Florida to evaluate costs and to monitor the effects of PV on the grid.

Renewable energy is also on the rise in Texas, where the city of Georgetown recently announced it plans to run on 100% renewable energy by January 2017.

Georgetown has signed a 20-year power purchase agreement with France's EDF for the Spinning Spur 3 wind farm and also has deals in place with SunEdison to receive 150 MW of solar power until 2041, at a price that will hover around the current rate of 9.6 cents per KWh.