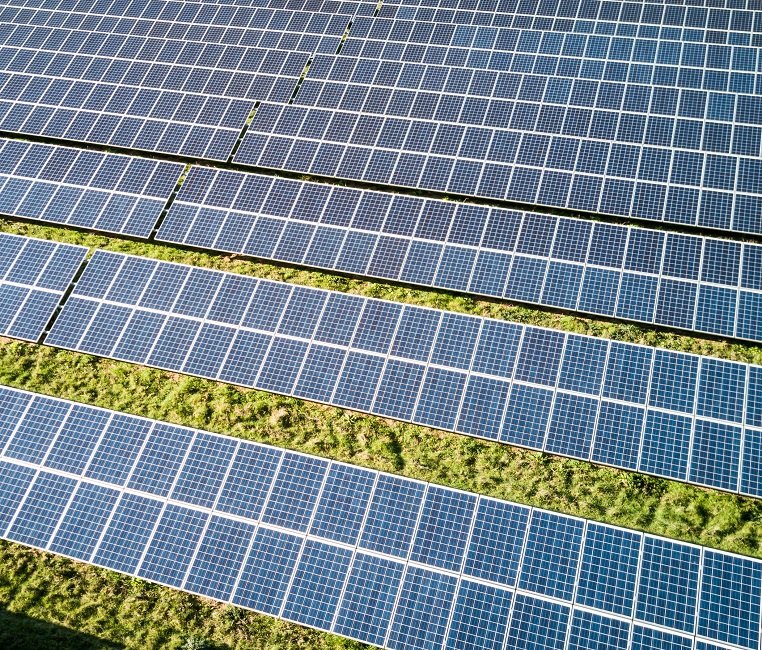 "One of the wind farms features an energy storage component, marking the first time a large-scale renewable energy project has done so in New York State," NYSERDA said.

The projects were awarded under a competitive process launched in 2017 and supported by Governor's Clean Energy Standard mandate. The tender yielded 88 proposals from 30 developers. Bonus points were awarded for locally-manufactured components and the creation of local jobs.

US steel imports could raise solar, wind, solar project costs by up to 5%

New tariffs on U.S. steel imports could increase the levelized cost of energy (LCOE) of new U.S. renewable plants by up to 5% and dent growth, according to a research note published by GTM Research, MAKE Consulting and Wood Mackenzie on March 12.

"Section 232" tariffs on imported raw and semi-finished steel and aluminium, approved by President Trump March 1, impose a 25% penalty on steel imports and 10% levy on aluminium imports.

"As steel and aluminium are found in critical wind, solar and energy storage components, cost increases will likely trickle into the renewables value chain," the co-owned consultancies said.

"The resulting price increase in commodities could potentially result in a 3% to 5% increase in the levelized cost of energy for U.S. renewable power plants, leading to slightly lowered forecasts for project deployments or slightly lowered project returns," the groups said.

Main steel suppliers to US 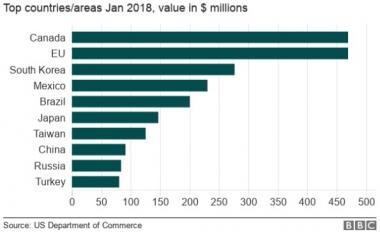 Exclusions on finished goods and notable geographic exemptions for Mexico and Canada may blunt the overall project cost impact, the consultancies said.

E.ON currently operates around 5.3 GW of renewable generation capacity and has a strong presence in Europe and U.S.

E.ON will acquire RWE’s 76.8% stake in Innogy, allowing E.ON to focus on intelligent networks and customer solutions to become "an innovative force behind the energy transition in Europe," the companies said.

"This opens up attractive growth prospects, with a concrete project pipeline in Europe and the U.S.," the firms said.

RWE will also receive minority stakes held by E.ON’s subsidiary PreussenElektra in the RWE-operated power plants Emsland and Gundremmingen, as well as Innogy’s gas storage assets and its participation in the Austrian energy utility Kelag.

"RWE will become a broadly diversified power producer optimally complementing a large portfolio of renewables assets with its conventional energy generation and linking the two with its existing trading platform," it said.

The transaction will also see RWE take a 16.7% stake in E.ON.

At the same time, E.ON expects to create "thousands of new jobs" in the coming decade, it said.

"This strategic exchange of businesses will create two highly focused companies that will shape a better future for Europe’s energy landscape. Each company will have a stronger entrepreneurial core," Johannes Teyssen, CEO of E.ON, said.

"The new E.ON will be able to intensify its efforts towards climate protection, for example through the faster roll-out of charging networks for e-mobility or the advancement and extension of smart grids in Europe. In turn, our renewables platform will become part of a stronger joint entity within RWE,” Teyssen said.

"The expansion of CO2-free electricity generation will increasingly evolve from a regulated sector to a normal competitive market," Rolf Martin Schmitz, CEO of RWE, said.

"Significant size is crucial for success in this future-orientated business," he said.

The voluntary public takeover offer period for the deal is expected to start in May 2018 and the transaction is expected to close by the end of 2019.

Until the transaction completes, E.ON, RWE and Innogy will remain separate businesses and competitors.

Canadian Solar has launched a global operations and maintenance (O&M) business for utility-scale solar power plants as it looks to increase its share of the growing O&M market, the company announced March 12.

"We built the O&M team to provide the best quality of service and operations in order to maximize the value of our own solar assets. Now we are making these best practices and processes, fully ingrained in our O&M team's DNA, available to third-party asset owners," Shawn Qu, Chairman and CEO of Canadian Solar, said.

Founded in 2001, Canadian Solar has shipped more than 25 GW of panels globally and currently has a total project development pipeline of around 12 GW.

The company's O&M teams currently operate 700 MW of global solar capacity and manage a further 1.2 GW capacity under contract. The company provides performance guarantees for 99% availability ratios and the average availability of facilities under its management is over 99.5%, according to the company's website.