Mid-life crisis: how operators are upgrading for greater efficiency

The steady increase in PV cell efficiency may ultimately make it worthwhile for older plant operators to consider an upgrade to their assets. 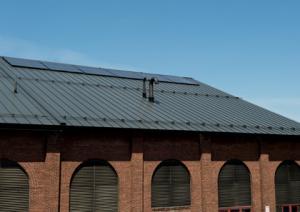 Ongoing increases in PV efficiency are raising the prospect of whether a wholesale replacement of panels could boost the profitability of a project mid-life.

According to data from Photon International, conventional mono crystalline silicon (c-Si) panel efficiencies rose from 11.2% in 2000 to 16.1% in 2013. And these figures do not reflect higher-efficiency products from manufacturers, such as SunPower and Panasonic.

SunPower’s SPR-327NE-WHT-D modules, for example, have achieved 21.5% efficiency in field tests. What this means is that an operator could potentially almost double the efficiency of a 10-to-15-year-old plant by replacing the old panels with new ones.

“It definitely is an option,” states Aris Karcanias, renewable energy unit managing director at FTI Consulting. “It is exactly the same principle as what we have in the wind industry.

Repowering is commonplace in other power generation industries. In wind, for example, a 2012 report by GlobalData claimed operators had been able to boost the capacity of installed generation assets the year before from 183GWh to 774GWh annually, by swapping out turbines.

The same report predicted the industry could gain 6,697GWh of generation capacity a year by repowering in 2020.

And in the nuclear industry, which faces much tighter regulation, plant uprates are seen as a key way to increase generating capacity, since permitting is much easier than for new plants.

As Karcanias points out, the arrival of higher-efficiency modules makes repowering an increasingly attractive option for the solar industry because it is significantly cheaper than building a plant from scratch.

Depending on the nature of the project, up to almost half of the upfront cost for a PV installation can be on balance-of-system items such as inverters, transformers, wiring, site preparation and racking.

With a few exceptions, most of this investment is preserved if the modules alone are swapped out.

Then there are the modules themselves: although there are signs of an imminent uptick in module prices, for now there has never been a better time to buy new products.

Not only do these new products perform better than their predecessors, but recent advances in manufacturing quality mean they are likely to last longer and need less maintenance.

Last but not least, if the old panels are still in good condition then they may have some residual value on the second-hand market, or may be used as replacements or extensions in less optimal sites, helping to make the repowering economics stack up further.

So far, Karcanias says, repowering has not really been seen in the PV industry because of the slower progress of technology compared to, say, wind power.

“The challenge you have is you are dealing with longer life-spans and therefore you do not expect the repowering to happen as early, and you have not seen as great efficiency gains as you have seen in the wind industry.

“It is definitely going to become an increasingly important area of focus, but I would say it is going to be a lot slower to develop than what we have seen in the wind industry, partly due to the efficiencies and also to do with the operational life of the projects,” he says.

The University of Vermont over the past year has been tackling a two-phase solar array upgrade and optimization project.  The first phase will upgrade the existing solar array panels, a 4.8-kW system installed in 2001, on the UVM Central Heating Plant. Inverters will be installed to existing panels, enhancing the public access to data via a dashboard system.

The second phase will involve the installation of additional 29.9- kW solar panels with new technology on the UVM Central Heating Plant. The dashboard system for the upgrade and new installation will help compare two solar panel systems of differing ages, which will give the university valuable insight for future upgrades.

Even in relatively new markets, such as India, analysts see the potential for repowering in future.

Jasmeet Khurana, head of market intelligence at Bridge to India, says: “Most Indian projects are less than three years old and refitting them with more efficient panels wouldn’t have started as yet.

“Moreover, a significant portion of Indian installations has been based on tax incentives and upfront capital subsidy. For such projects, refitting for higher performance would not be a preference. [But] I am sure that refitting will become prevalent in India in the years to come.”

A final point worth considering is whether a repowering exercise could involve a change of technology. Moving from year-2000 c-Si panels to Soitec concentrated PV (CPV) modules, for example, could yield an efficiency gain of more than 20%.

Experts consider such a move unlikely to be viable, however, given the disparity in the technologies involved.

Setting aside the significant capital cost of CPV, a technology transition of this magnitude would complicate the repowering project to the point of it almost becoming an entirely new installation.

“It would be challenging to go from flat-plate [PV] to CPV because it requires a lot of components,” comments Fatima Toor, a research analyst for solar components intelligence at Lux Research in the US.

“My guess would be that if someone were to repower, the best bet would be to stick with flat-plate panels. They have very high-efficiency modules now.”