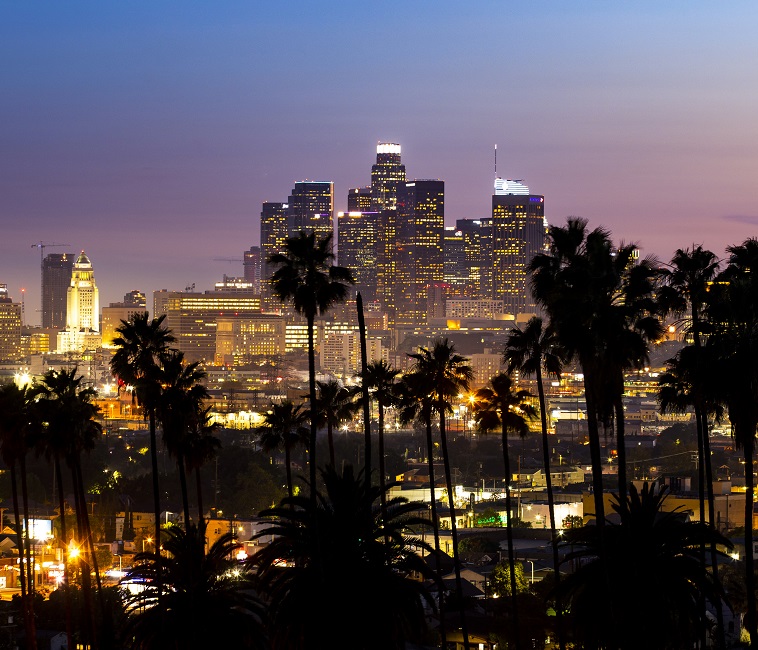 L.A. is poised to set a record-low PV price for a 400 MW solar plant with 100 MW of battery storage. (Image credit: Adamkaz)

LADWP officials will present the deal proposal to department commissioners on July 23, the reports said.

The Eland project will feature 100 MW of four-hour battery storage capacity and will be located in Kern County, California. Power dispatched from the battery across evening peak demand periods would receive a top-up revenue of $13/MWh.

The solar capacity will be built in two 200 MW phases and is due online by 2023.

U.S. solar PPA prices fell in most markets in Q1 2019, with the largest decreases in California's CAISO, the north-east PJM and Texas ERCOT markets, platform provider LevelTen said in a report May 8.

In California, the P25 solar index, which represents the most competitive 25th percentile offer price, fell by 15%, LevelTen said. Increased competition among developers and lower engineering, procurement and construction (EPC) costs had the greatest impact on costs, it said. 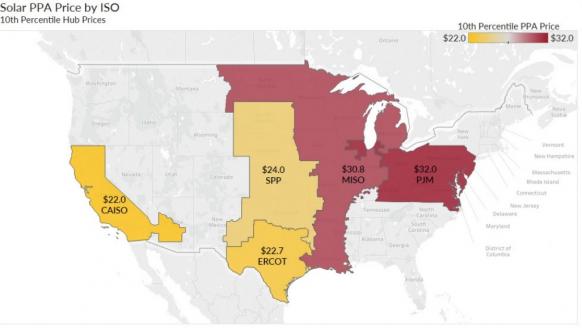 The PPAs will cover the 690 MW Gemini Solar project, the 300 MW Southern Bighorn plant, and the 200 MW Arrow Canyon facility.

Due online by 2023, the projects will ensure NV Energy exceeds its target of doubling its renewable capacity between 2018 and 2023.

The giant Gemini project is being developed by Quinbrook Infrastructure Partners in collaboration with Arevia Power and will include a 380 MW AC battery storage system, NV Energy said. This would make it the largest battery storage facility in the US.

The Gemini plant would be located on federal land in Clark County situated 33 miles north east of Las Vegas, immediately south of the Moapa River Indian Reservation, according to documents published by the U.S. Bureau of Land Management (BLM).

An NV Energy substation and high-voltage transmission line are located less than four miles to the west of the Gemini site. Interstate 15 is less than half a mile to the west, the BLM said.

The Southern Bighorn and Arrow Canyon projects will be built on the Moapa River Indian Reservation in Clark County.

Southern Bighorn is being developed by 8minute Solar Energy and will include a 135 MW, four-hour lithium-ion battery system.

Arrow Canyon is being developed by EDF Renewables North America and will include a 75 MW, five-hour battery storage system.

Trump reverses ban on US sales to Huawei

President Trump has pledged to reverse a ban on sales of U.S. technology products to China's Huawei, just days after the company exited the U.S. solar inverter market.

Speaking June 29 at the G20 summit in Japan, Trump also confirmed the U.S. will not impose new tariffs on Chinese imports while the two countries negotiate to solve trade disputes.

Previously, the Trump Administration said that Huawei's technologies created vulnerabilities to cyber attacks by nations such as China.

By June 24, Huawei had stripped back its U.S. inverter business to basic sales and services staff, media reported.

Huawei held a 4% share of the U.S. solar inverter market in 2018 and 22% of the global inverter market, according to data from Wood Mackenzie Power and Renewables.

Annual installations will be around 20 GW for the next three years and will hit almost 25 GW by 2022, it said. 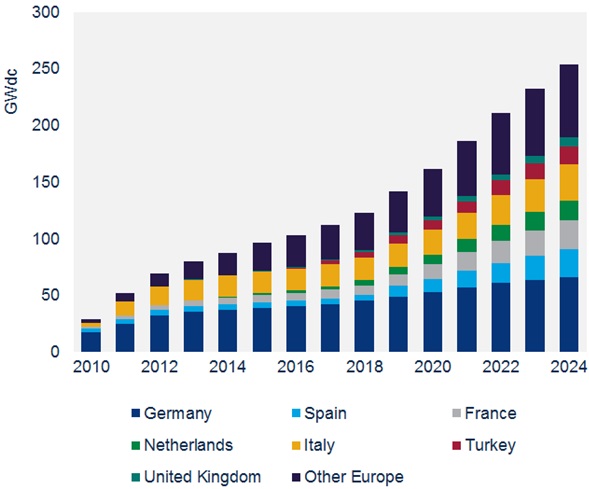 "In developed European power markets, we already see that power prices can fall below 30 euros/MWh and rapidly towards zero as renewable energy penetration rises to about 50%," Heggarty said.

"Most low-priced hours are overnight but midday price erosion is a near certainty as solar’s market share grows," he said.

ACWA Power is a leading solar and wind developer in the Middle East and North Africa (MENA) and the dominant developer of concentrated solar power (CSP) plants in the region.

ACWA Power has also been a key player in Morocco, where it has developed three CSP projects for a total capacity of 510 MW and three PV plants for a capacity of 177 MW.