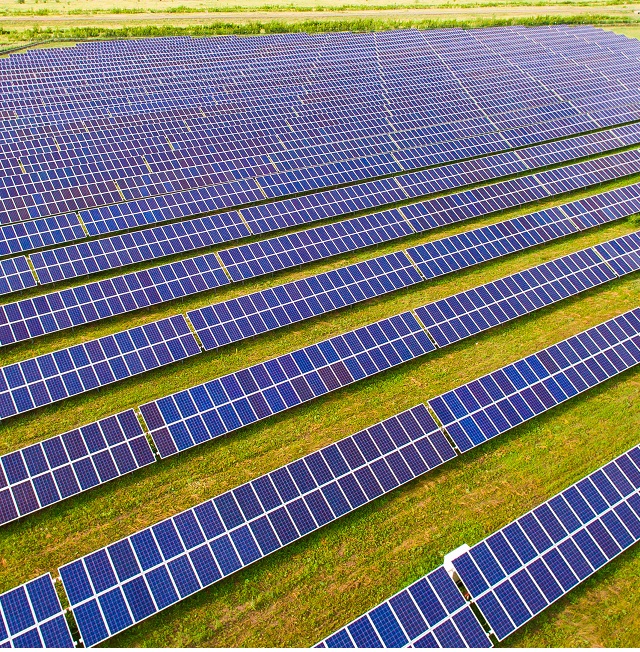 China will lead solar growth and by 2023 it will host almost 40% of global capacity, the IEA says. (Image credit: Valtron 84)

Global solar PV capacity is forecast to rise by 600 GW by 2023, more than all other renewable power technologies combined, to reach 1 TW by 2023, the International Energy Agency (IEA) said in its Renewables 2018 report, published October 8.

Some 97 GW of solar capacity was installed in 2017 while total renewable installations came to 178 GW, IEA said.

China continues to lead growth in new renewable capacity and by 2023 it will surpass the European Union as the largest consumer of renewable energy, the agency said.

By 2023, China will host almost 40% of global installed PV capacity, it said. 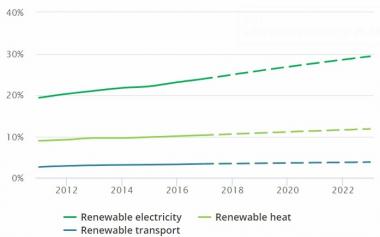 "Under an accelerated case, which assumes greater supportive government measures, the expansion of renewables in electricity and in transport could be 25% higher," it said.

"The Managing Board is announcing structural adjustments to SMA. Corresponding measures are to be established by the end of the year," SMA said in a statement September 27.

"These will incur one-off costs that will negatively affect SMA’s earnings," it said.

China installed a record 53 GW of PV in 2017 but earlier this year the government set hard limits on PV installations which require subsidies. The new limits will lead to a sharp drop in PV installations in China this year and have created a module supply surplus that has lowered global prices.

"In recent weeks, we have seen that project developers and investors are increasingly delaying the implementation of PV projects until next year in anticipation of even lower prices," SMA said.

The company plans to introduce product innovations to counter the current price pressure on its component supply business, it said.

By the end of the year, SMA will adopt measures in operations, outsourcing of activities and administrative activities, to enable it to "react even more flexibly to market-specific changes," Pierre-Pascal Urbon, CEO of SMA, said.

"Due to the strength of its balance sheet and its experience in the consistent implementation of restructuring measures, SMA is well equipped to benefit from the expected market consolidation and to quickly return to profitability," Urbon said.

Virginia Governor Ralph Northam announced October 2 a new draft energy plan to install 3 GW of solar and onshore wind by 2022. Under the "2018 Virginia Energy Plan," investor-owned utilities would be required to procure at least 500 MW of solar or wind power per year between 2018 and 2022.

The plan also targets 2 GW of offshore wind capacity by 2028 and calls on Virginia's utilities to invest a total $115 million per year in energy efficiency programs.

The Governor's proposed plan will be developed by the Virginia Department of Mines, Minerals and Energy (DMME) and follows a market consultation process.

"The Commonwealth of Virginia has taken another important step to expand solar energy and promote innovative technologies over the next 10 years," the Solar Energy Industries Association (SEIA) said.