Gopal Somani, the former director at Rajasthan Renewable Energy Corporation speaks with PV Insider about the 10 MW PV project that his company has been awarded under Phase II Batch I of the National Solar Mission (NSM), and the bottlenecks facing developers in this round. 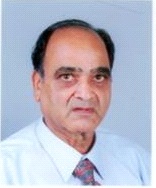 Gopal Somani’s 35 years of experience have covered all segments of energy production, transmission, distribution and management. He has led efforts to electrify 120 remote rural villages and 65,000 home-lighting systems with off-grid PV, and has steered some of the most efficient solar energy projects in Rajasthan.

Q: Your company, Maheshwari Mines and Energy Private Ltd., has won a 10 MW PV project under Phase II Batch 1 of India’s NSM, and managed to obtain the highest VGF out of the 375 MW capacity. What factors contributed to your success?

A: The factors which I believe led us to win the project at the highest VGF include our long experience in renewable energy development, in particular solar, and involvement in policy making, market survey, intelligence, cost discovery, updates in technology innovation and cost trends.

Q: Are you pursuing a DCR or open category project?

A: An Open Category.

Q: Where in India are Phase II Batch 1 projects likely to be built in?

A: Ninety percent capacity is likely to be built in Rajasthan, Gujarat and Madhya Pradesh because of the higher GHI in these states. You may be aware that in Phase I most developers opted to put projects in Rajasthan.

Q: How will the developers be funding the rest of the projects' costs?

A: Projects in India are normally implemented with 25:70 equity debt ratio. Depending on the financial viability and project returns, lenders in India such as Power Finance Corporation, Indian Renewable Energy Development Agency, Rural Electrification Corporation, and State Bank of India will facilitate project funding to the extent of 70%. Developers also have option to convince lenders with their exposure and financial credentials to bring EXIM funds.

There are suppliers from China, Taiwan, and Singapore who are negotiating with developers to extend credit finance and supply PV modules. Fifty per cent of the VGF will be disbursed after project commissioning and the balance 50% every year at 10% on successful O&M. The developers will get bridge finance from the VGF amount.

Q: SunEdison has abandoned 20 MW of the 100 MW that it was allocated for PV projects under the NSM, and is now going ahead with only 80 MW (30 MW DCR and 50 MW open category). As far as you know, why did this happen?

A: The reason could be the aggression in VGF amount (they are not manufacturing in India). DCR supplies are controlled by a few suppliers and completion seems to be absent for getting PV modules at a market-driven price.

The output, energy yield estimation and long term performance are some of the factors; Sun Edison must have revisited cost-economic evaluation and project returns post winning the bids, which may not have been sufficient to support the investment decision.

Q: Will it be a challenge to build your 10 MW PV plant within 12 months?

A: Looking at the performance and timely completion of Phase I Batch II projects by most developers, there is sufficient evidence that NSM Phase II Batch 1 projects, though challenging, will be completed in 12 months, as long as there are no constraints on finding reliable EPC vendors and module suppliers who can deliver the project in the scheduled timeframe.

Q: How easy will it be for the DCR project developers to source local components?

A: For developers who are not module manufacturers and have projects under the DCR, timely sourcing of local modules appears to be a challenge. They might also face issues on quality, long-term performance and energy yield estimation when compared with TIER 1 supplies from import sources.

Q: For the open-category projects, which parts are most likely to be imported and from which markets?A: The majority will be from China, Taiwan, Canada and the United States (First Solar /Thin Film).

Q: What is your opinion on the overall bidding process and the VGF mechanism that was used for this batch? Do you think it should be employed in the future?

A: Oversubscribing 3.5 times in open category and 1.5 times in DCR, signing of PPA and submission of bid bonds by most developers proves their commitment to the completion of these projects. Also, there is clear evidence that developers are happy with the VGF scheme and concept of competitive bidding.

The other merits of the scheme are that utilities and distribution licensees will have no issues to buy affordable solar energy at Rs. 5.45 (for 25 years) and ensures timely payments for the energy bills to developers. The concept has been welcomed by lenders as they have no issues regarding bankability. The NSM Phase II PV development programme take-off has been a remarkable success.