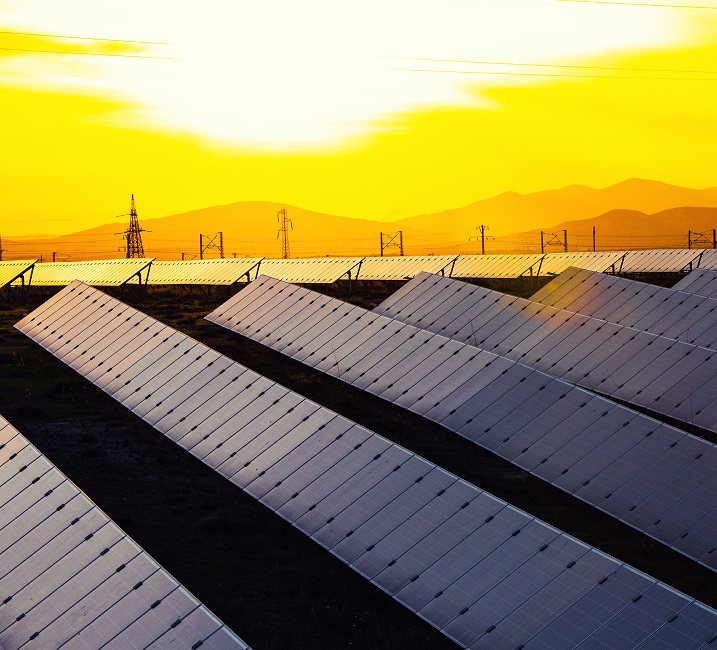 China's new limit on solar subsidies is expected to have a greater impact on the solar market in the second half of 2018. (Image credit: Armastas)

Global investment in solar power fell by 19% in the first half of 2018 to $71.6 billion, Bloomberg New Energy Finance (BNEF) said in a statement July 9.

Investment was dented by lower capital costs per MW and a cooling off of China's solar boom, BNEF said. China invested $35.1 billion in solar, down 29% from H1 2017.

The Chinese government's 2018 Solar PV Generation Notice-- issued on May 31 is set to further dent global investments in the second half of 2018, BNEF warned.

China installed a record 53 GW of PV in 2017 and the new policy sets hard limits on PV installations which require subsidies. This will lead to a "sharp drop" in PV installations in China this year and create a module supply surplus that will impact global prices, BNEF said.

"Before the Chinese announcement our team was already expecting a 27% fall in PV module prices this year. Now we have revised that to a 34% drop, to an end-2018 global average of 24.4 U.S. cents per watt,” it said.

Following the policy announcement, IHS Markit lowered its outlook for global PV installations in 2018 from 113 GW to 105 GW, still 11% higher than in 2017.

BNEF analysts believe global solar installations in 2018 could possibly fall below the 98 GW installed in 2017. This would be the first time PV installations have fallen year-on-year.

Equity raising by specialist smart energy firms rose by 64% year-on-year to $5.2 billion as investments in storage and electric vehicles climbed, it said.

"A mixed picture for global clean energy investment in 2018 is emerging, with dollar investment in solar under pressure while commitments to wind power and energy smart technologies such as electric vehicles and batteries are running above last year’s levels," BNEF said.

"This sudden slump in China will reshape the whole PV supply chain. Supply-chain producers with a significant share of business in China will be placed under great pressure, causing a fiercely competitive environment in international markets, which will lead to aggressive price reductions across the board," IHS Markit said last month.

A global price war on solar modules will "reignite PV demand in regions with pent-up demand, where buyers have kept projects on hold while waiting for lower module prices," it said.

The impact on global module prices will depend somewhat on Europe's minimum import price (MIP) rules, on which the European Commission (EC) faces a decision in August. Prices could also depend on India's decision on anti-dumping and safeguard duties. 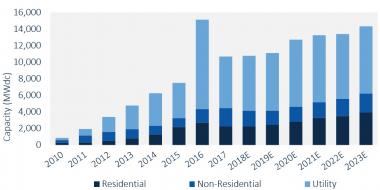 "The precise outcome, in terms of [global] volumes installed, will depend on the appetite of quickly emerging regions to procure modules in the second half of the year or bet on additional price declines," IHS Markit said.

"For now, many projects and orders are on hold, with developers and engineering procurement construction firms (EPCs) fully aware that the industry flipped to a buyers’ market overnight," it said.

Sempra Energy is to sell 2.6 GW of U.S. wind and solar assets, along with natural gas storage and infrastructure, in the first phase of a portfolio optimisation project, the California-based utility said June 28.

"Renewable energy is a vital part of the energy landscape and we have developed a great platform, but we have determined that our U.S. solar and wind generation businesses would be more valuable to another owner," Jeffrey Martin, CEO of Sempra Energy, said.

The announcement follows a year-long strategic review and comes amid pressure from activist investor Elliott Management Corp. and Bluescape Resources Co, which own a combined 4.9% stake in the company.

Sempra will record impairment charges of between $1.47 billion and $1.55 billion following the sale. This equates to impairments of $870 million-$925 million after tax and non-controlling interests.

"This is just the first phase of our portfolio optimization, which we expect to continue in the coming months," Martin said.

The solar plants are located at a number of sites in Arizona including Gila Bend, Buckeye, Chino Valley, Hyder Valley, Yuma and Glendale. The storage facilities must be in operation by June 2020.

The RFP forms part of APS' plan to add up to 500 MW of energy storage over the next 15 years. APS serves around 2.7 million customers in 11 of Arizona's 15 counties.

"The global battery energy storage market gained significant momentum in early 2018. Emerging business models, such as gas-peaker replacement and renewable firming, have been successfully demonstrated, leading to a strong uptick in the global pipeline," it said.

The UK government should agree to only one more nuclear plant following the 3.2 GW Hinkley Point C project before 2025, the NIC said in its report.

"In the longer term, an energy system based on low cost renewables and the technologies required to balance them may prove cheaper than building further nuclear plants, as the cost of these technologies is far more likely to fall, and at a faster rate," the NIC said in a statement.

A move to an electricity system mainly powered by renewable energy sources would present the "lowest cost outcome" for consumers, the council said. 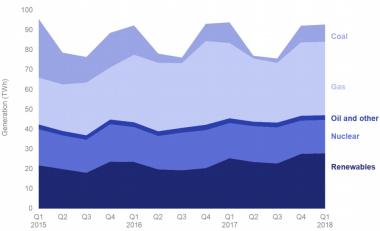 The NIC recommends the UK government prioritizes support for wind and solar projects over other technologies and urged the government to set dates and budgets for future renewable energy auctions.

The NIC must deliver a NIA every five years, covering sectors such as energy, transport, digital, water, waste and flood defences.