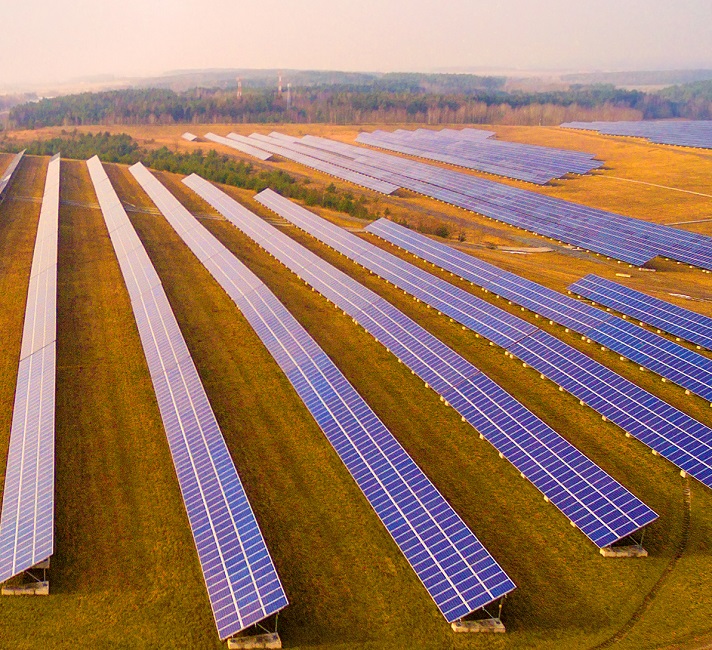 A resurgence in Europe and further growth in the Middle East are set to boost global PV installs. (Image credit: Abadonian)

Global solar installations are forecast in the range of 125 GW-141 GW in 2019, a rise of 15%-30% year-on-year, as falling costs boost demand, Jenny Chase, Head of Solar Analysis at Bloomberg New Energy Finance (BNEF), said in a research note published January 23.

Installations will rise despite a policy-led slowdown in China which dented module prices and cut global solar investments.

"Europe is building more PV once again, and India, the Middle East, North Africa and Turkey are continuing to expand their deployments," Chase said. 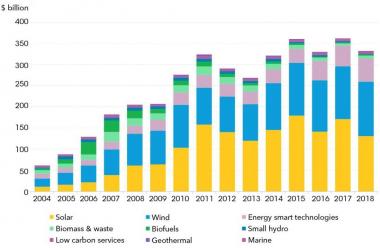 Chinese solar investments plunged 53% in 2018 to $40.4 billion, BNEF said. The Chinese government set new national limits on PV installations in May which slowed new project installations in the second half of the year and exacerbated a global surplus of modules.

The global PV cost benchmark fell 12% in 2018 as global manufacturers slashed selling prices in the face of a glut of modules, BNEF said.

“2018 was certainly a difficult year for many solar manufacturers, and for developers in China," Chase said.

"However, we estimate that global PV installations increased from 99 GW in 2017 to approximately 109 GW in 2018, as other countries took advantage of the technology’s fiercely improved competitiveness,” she said.

“The balance of activity in offshore is tilting. Countries such as the UK and Germany pioneered this industry and will remain important, but China is taking over as the biggest market and new locations such as Taiwan and the U.S. East Coast are seeing strong interest from developers,” BNEF said.

The U.S. is forecast to install 4.3 GW of utility-scale solar power in 2019 and 6 GW in 2020, the Energy Information Administration (EIA) said in its latest Short-Term Energy Outlook. Around half of the new capacity in 2019 will be situated in Texas, California or North Carolina, it said.

EIA also expects an additional 3.9 GW of small-scale solar PV capacity to enter service by the end of 2019.

"EIA forecasts that small-scale solar generating capacity will grow by almost 9 GW during the next two years, an increase of 44%," it said.

US forecast utility-scale power additions in 2019 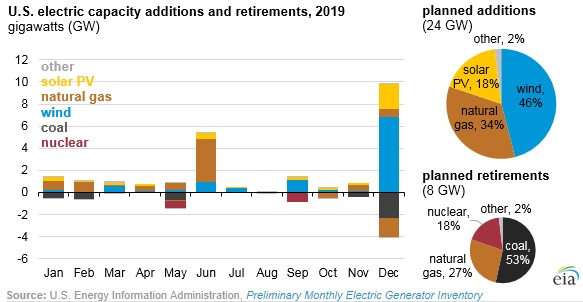 Some 10.9 GW of new U.S. wind capacity is forecast online in 2019 -- the highest level since 2012-- representing around a third of all new capacity additions, EIA said.

More than half of the new wind capacity additions will be located in Texas, Iowa, or Illinois and most of the capacity will come online towards the end of the year, EIA said.

Google has agreed to source power from two new 150 MW solar power plants in Tennessee and Alabama for new data centres under construction in the local areas, the tech giant announced January 16. The projects will be developed by Tennessee Valley Authority (TVA) along with partners NextEra energy Resources and Invenergy.

"These solar sites will be among the largest renewable energy projects in the Tennessee Valley region, and the largest solar farms ever to be built for Google," Amanda Corio, Google's Senior Lead, Energy & Infrastructure, said in a statement.

Since 2017, Google has sourced all of its power requirements from renewables. To date, the group has signed over 30 renewable energy power purchase agreements (PPAs), supporting $5 billion in investment worldwide.

Google has pledged to match the growing power needs of its data centres with renewable energy sources on an hour-by-hour basis.