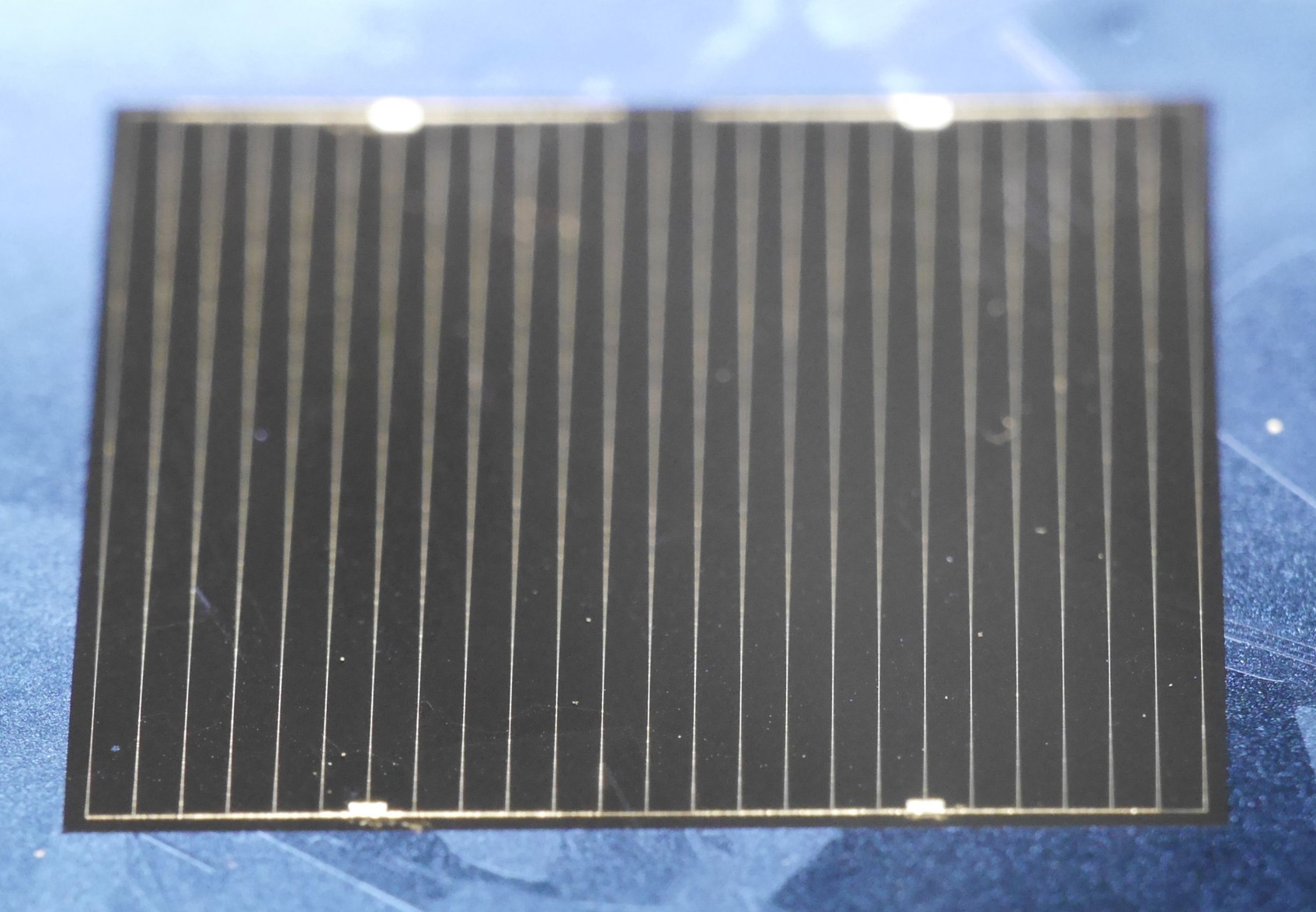 The Fraunhofer Institute's cell has excellent antireflection properties and appears almost black with with almost no detectable grain boundaries.

Researchers at Germany's Fraunhofer Institute have produced a multicrystalline silicon solar cell with 21.9% efficiency, setting a new world record in photovoltaics performance, the research center said in a statement February 20.

The Fraunhofer Institute's new solar cell uses n-type high performance multicrystalline silicon, or HP mc-Si, which has shown higher tolerance to impurities such as iron than p-type silicon, it said.

German researchers have been under fierce competition from Chinese firms which in 2015 set new efficiency records for p-type multicrystalline of over 21%.

"The new material and technology approaches applied by the Fraunhofer Institute or the record cell have the potential to improve the efficiency of multicrystalline silicon even further in the near future," it said.

Around 4 GW of PV capacity is currently under development in the Middle East and North Africa (MENA) region, according to a new report from the Middle East Solar Industry Association (MESIA).

The pipeline of projects includes 1.2 GW of capacity in United Arab Emirates (UAE) and some 1.5 GW in Egypt following the award of the Feed-in Tariff (FIT) Round 2 projects, MESIA said in its 'Solar Outlook Report 2017.'

Other projects are at expression of interest, planning, or bid stage in Morocco, Tunisia, Oman, Jordan, Saudi Arabia and Kuwait, MESIA said.

Saudi Arabia's energy ministry launched February 20 the qualification process for 300 MW of solar capacity at Sakaka in the north of the country. Sakaka is the first project to be allocated under the newly-created National Renewable Energy Program (NREP).

The Saudi authorities have also collected bids for 100 MW of PV capacity at two designated sites at Al-Jouf and Rafha.

"We are now seeing a rapid adoption of large-scale solar in the Middle East," MESIA said in its report.

Large-scale development in the Middle East has driven down PV costs. In June 2016, the Dubai Electricity and Water Authority (DEWA) accepted a record-low PV project bid of $29.9/MWh-- made by a Masdar-led consortium-- for the development of the 800 MW DEWA III project.

In September, the Abu Dhabi Water and Electricity Authority said it received bids as low as $24.0/MWh in the 350 MW Sweihan solar tender.

Total installed solar capacity in the Gulf Cooperation Council (GCC) countries is predicted to reach 76 GW by 2020, according to consultancy Frost & Sullivan.

Zambia's government has signed a mandate to develop a further 500 MW of renewable energy capacity, the International Finance Corporation (IFC) said in a statement February 21.

The mandate has been signed under the Scaling Solar program and the first round will tender for 200 MW of utility-scale capacity. The request for qualifications for this round are expected to be released in late March, IFC said.

The Scaling Solar program has already allocated two solar plants in Zambia, each of capacity up to 50 MW. The developers of these projects and the relevant Zambian government agencies are expected to finalize their agreements in May 2017, IFC said.

The World Bank has approved a package of financing and guarantees for one of the projects and will review a similar package for the second successful developer in the coming weeks, it said.

The Scaling Solar program is also being rolled out in Senegal, Madagascar and Ethiopia with the aim of developing some 1.2 GW of solar power capacity. The program is also expanding to other regions in Asia and Middle East, IFC said.

The 4.6 MW project is being developed by Juhl Energy and will use two 2.3 MW wind turbines in conjunction with a 1 MW solar power converter.

Solar panels will be directly integrated into the wind turbine’s converter, so that the solar and wind systems share the same balance of plant.

This configuration will increase net capacity by 3 to 4% and raise annual energy production by up to 10%, according to GE. The solar system can provide summer peak energy and the wind system can supply winter peak energy, GE noted.

The plant is expected to start commercial operation in August 2017.

The global market for hybrid solar-wind projects could reach $1.5 billion by 2024, according to a report by Global Market Insights.