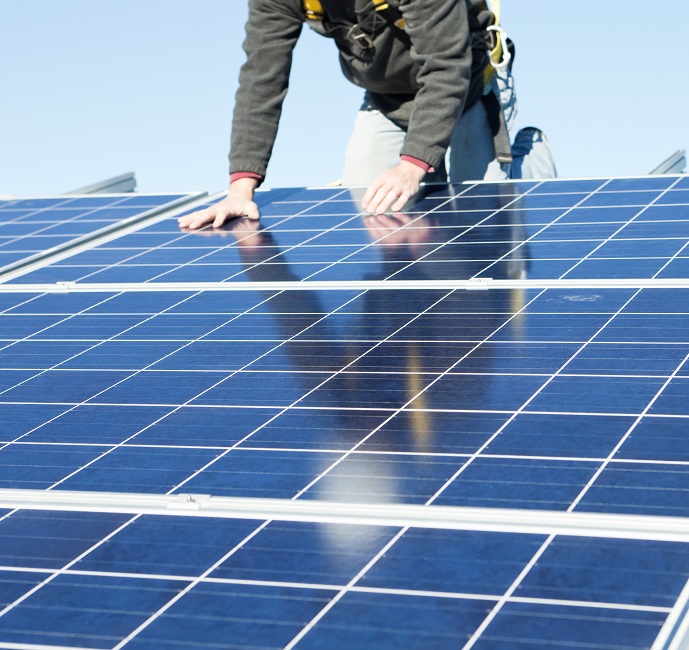 Europe solar installs to hike ahead of EU 2020 deadline

European annual solar power installations are forecast to rise by 45% in 2018 to 8.6 GW, soaring to 13.5 GW in 2019, industry group SolarPower Europe said in its annual market report.

Growth is expected to taper off post 2020 as EU countries will have 10 years to meet the next climate and energy targets.

"Moreover, there is only limited visibility on how the European clean energy legislation and national implementation for 2020-2030 will finally look like," the industry group said.

"Based on the current state of discussion, we anticipate hardly any growth in 2021 and 2022," it said. 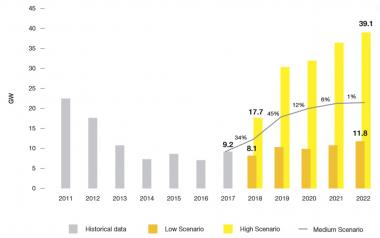 "In a number of European markets, we are now starting to see direct bilateral PPAs with solar increasingly competing with wholesale power markets. This development will be seen primarily in those European countries with the widest spreads between solar and wholesale power prices," SolarPower Europe said.

"The quickly falling cost of battery energy storage combined with the benefits of digital and smart energy products supports the sales case for solar, as many consumers prefer to have better control over their energy bill," it said.

Wind and solar power will surge to almost 50% of global generation capacity by 2050 on the back of falling technology costs and widespread energy storage deployment, BNEF said in its 2018 New Energy Outlook.

“The arrival of cheap battery storage will mean that it becomes increasingly possible to finesse the delivery of electricity from wind and solar...The result will be renewables eating up more and more of the existing market for coal, gas and nuclear,” the analysts' group said.

Lithium-ion battery prices have already fallen by 80% since 2010 and prices will "continue to tumble" as the manufacturing of electric vehicles grows, BNEF said.

The increasing competitiveness of wind and solar will see coal-fired generation fall from 38% of global capacity to 11% by 2050, BNEF said.

The share of gas-fired generation is forecast to drop from 21% to 15%, it said.

"The role of gas in the generation mix will evolve, with gas-fired power stations increasingly built and used to provide back-up for renewables rather than to produce so-called base-load, or round-the-clock, electricity," BNEF said.

BNEF’s New Energy Outlook is based on current projections for technology advancements and assumes existing energy policy settings remain in place until their scheduled expiry.

The new quality mark is an "industry first and a major step forward for the sector, it will help create transparency and drive up standards across the O&M market," Paolo Chiantore, Managing Director at BayWa r.e. Operation Services and Chair of the SolarPower Europe O&M Task Force, said in a statement.

The mark is based on recommendations in the SolarPower Europe O&M Best Practices Guidelines.

"One of the main challenges facing the solar O&M industry is the discrepancies between the quality of services provided by different O&M contractors," Mate Heisz, Business Analyst and Coordinator of the SolarPower Europe O&M Task Force, said.

"We aim to have hundreds of companies signed up to this initiative...we will strengthen the sector by delivering excellence-led, proficient and reliable services in solar O&M," he said.