The sharp fall in Dubai utility-scale tariffs between 2014 and 2016 shows the rising importance of hard cost components in maturing Middle East markets, leading financiers said at the MENASol 2016 conference on May 26. 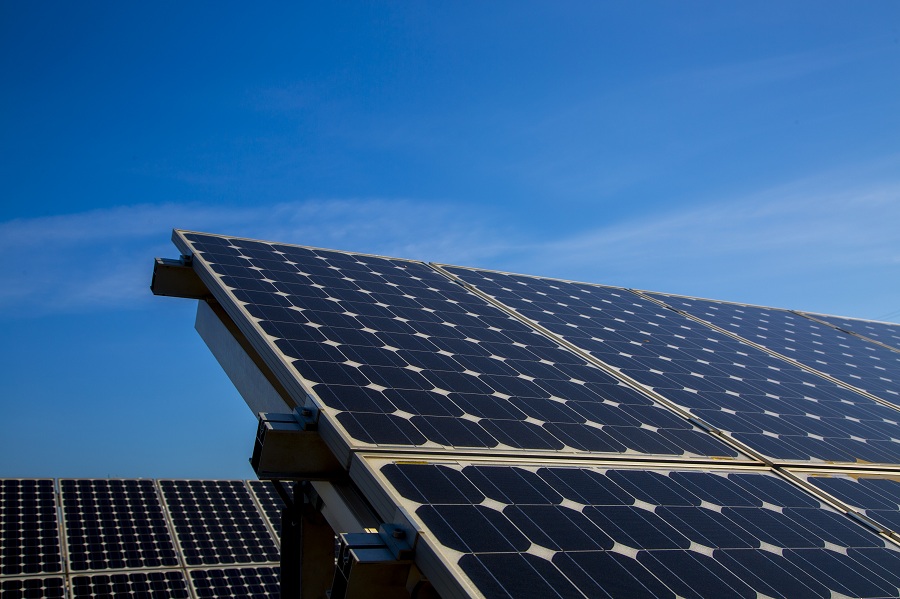 The bid for DEWA III, submitted by a consortium led by Abdul Latif Jameel of Saudi Arabia, Fotowatio Renewable Ventures (FRV) of Spain and Masdar of the United Arab Emirates, was 49% below the 5.85 cents/kWh winning bid for the 200 MW DEWA II project, made in late 2014.

The price drop since DEWA II illustrates that tariff prices in Dubai are largely being driven by lower EPC and O&M contract prices rather than debt pricing, Steve Perry, head of debt origination and syndication at First Gulf Bank, a lender to the DEWA II and DEWA III projects, said.

The financing cost for DEWA III was significantly higher than for DEWA II, which was "pretty much to the bone in today's market," Perry said.

"It proves financing costs don't really impair the tariff that much," he said.

Chris Cantelmi, Principal at the International Finance Corporation [IFC] in Dubai, agreed that project tariffs in MENA are increasingly being driven by equipment supply prices.

Financing costs can impact the project prices, but "in tight markets like where it is now, it's not necessarily what is driving it," he said.

The MENA region could see over 2 GW of solar projects tendered in 2016 and aggressive price bidding is expected to continue, according to a recent report from the Middle East Solar Industry Association (MESIA).

As the below table shows, around 1.2 GW of this capacity is to be tendered in the UAE and Dubai is the engine of growth. Dubai has set a target of 25% of energy from solar power by 2030 and the capacity of the Mohammed bin Rashid al-Maktoum park is expected to reach 5 GW by then.

Debt pricing costs can vary substantially across the Middle East. Prices are driven by sovereign risk, banking markets and regulatory risk, in addition to project-specific factors.

Dubai is an example where the removal of regulatory risk has allowed project bids to be determined by global market forces, Ranjan Moulik, Head of Power & Renewables NATIXIS Bank, said.

"We are in an oversupply situation... Balance of plant has also been falling- transformers, alternators...these prices are going down, it's a mix of everything," he said.

Scaling up of plant capacities has also allowed developers to optimize construction costs, he noted.

Dubai's price reductions have been far more aggressive than those seen in the global solar market and project lenders do not expect such sharp drops in tariff bids going forward.

“Let’s assume it’s a further reduction on panel and [Engineering-Procurement-Construction] costs; if that’s the case then we may even see even lower prices, but I don’t think they will continue at the same speed,” Frank Beckers, managing director and head of project finance advisory at the National Bank of Abu Dhabi, told conference attendees.

Lenders warned that aggressively low bids, such as those seen on DEWA III, lead to low profit margins along the supply chain and this could impact project risk profiles going forward.

"I think there is a growing concern in the market with these thin margins...everyone is bidding the lowest possible rate of return. But are they making the right profits?" Nancy Rivera, managing director of structured finance at Overseas Private Investment Corporation (OPIC), said.

The long-term stability of manufacturers could be threatened by pressure on margins, Rivera said. To ensure a sustainable industry, developers must be comfortable that warrantees will remain in place and return on equity must remain high enough to attract investment, she said.

Beckers warned that price competition must not lead to the removal of contingencies from the EPC and O&M contracts, which would raise the risk of project failure.

"Should one of these projects fail for those reasons, then we will lose a lot of trust in the whole industry," he said.

The upcoming results of the Abu Dhabi Water and Electricity Authority (ADWEA) 350 MW solar tender should provide more insight into whether prices will fall below the records seen on DEWA III.

Some eight consortiums have prequalified to bid for the project on a stand-alone basis, the electricity authority said April 26, highlighting the level of interest in UAE.

Despite component price pressures, Perry said he expects investors to favor quality over cost for the ADWEA project and this will be reflected in the tariff price.

"I would therefore think that the ADWEA pitch may be a bit higher," he said.