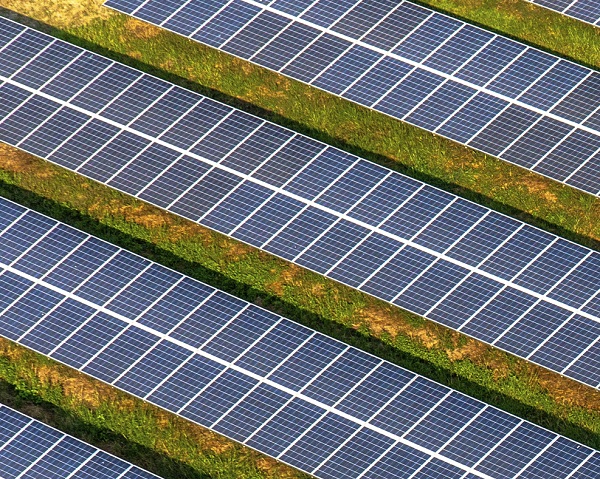 “Carrying out the site data collection for quality control using infrared imaging across a 75 MW, 200-hectare plant would usually take two or three people at least a month,” said Velasco, Enertis’ country manager for South Africa. “With a drone we can cut the time down to a week.”

Spain-based Enertis uses custom drones that carry infrared sensors to detect heat anomalies across the plant. These signals, when correctly and thoroughly analyzed, can quickly identify malfunctioning cells or panels, which an operative then inspects on the ground.

Drone inspection teams still require at least two operatives onsite but the work can be carried out in 20% to 30% of the time, Velasco said.

This can help cut the cost of thermographic inspections by 30% to 40% compared to manually locating the faulty panels, he said.

The cost of inspections is particularly important in South Africa where developers have faced intense competition. At the same time, the use of module quality control programs is on the rise.

In its 2010 Integrated Resource Plan (IRP), the South African government set a target of 8.4 GW of solar PV capacity by 2030 and so far 2.3 GW has been procured.

The average solar power price was 0.85 rand/MW in the latest REIPPPP round in 2015, compared with 3.44 rand/MW for the first round of projects.

Competition on cost could prompt developers to focus less on module quality, said Tyler Ogden, a research associate at Lux Research in the US.

Ogden said some developers may rely on product warranties which are “based on accelerated testing and not on in-field performance, so it does represent a risk to rely on them, especially in a new market like South Africa where there is intense competition on cost.”

As developers drive hard on price, the module manufacturers may look for lower cost materials along the supply chain and this could impact the quality of the modules, he said.

While many developers in South Africa have chosen to source Crystalline PV modules from lower cost Chinese or Southeast Asia suppliers, local content requirements have increased round by round and recent commitments by major solar manufacturers have widened the module supply base ahead of round 5 project bidding, expected this year.

Locally sourced modules are typically 7% to 11% higher than the modules from mass-producing nations, according to James Hunt, Africa director at OST Energy, a renewable energy consultancy.

In round 1, only a minority of developers invested in module quality control programs of any kind, Velasco said. While this level increased substantially in round 2, quality assurance activity is still some way off the level seen in developed markets, such as the UK where around 85% of developers routinely invest in module quality checking programs, he said.

Such programs can identify faults in the modules due to manufacturing or materials defects, transportation problems or construction deficiencies. They also help to assign responsibilities in case of a defect, to aid the warranty claim process.

Enertis, for example, offers several different types of testing and inspection services. One service involves the implementation of factory audits during manufacturing of PV modules and the testing of a certain percentage of a panel manufacturers’ output at a third party lab. These tests demonstrate whether the developer is getting the quality of modules specified in the supply contract.

A separate on-site testing service, which can include infrared thermography and the use of drones, has a direct impact on production yield by identifying specific faults hampering a plant’s output.

In recent inspections, Enertis detected PV module failure rates as high as 10% in a mid size plant in South America.

In-lab testing of operational modules is also an option. The panels are removed from the site and subjected to a number of tests including visual inspection, maximum power determination, infrared thermography and electroluminescence.

This method can remove panels from the plants for several weeks, and risks component breakages during transportation.

Enertis is currently considering the deployment of a vehicle-based PV mobile lab in South Africa, Velasco said. This would carry out most of the laboratory tests on site to reduce the downtime risks.

The company currently operates mobile labs in North America and Europe, where one unit was used to test around 3,000 PV modules across 30 plants in 2015.

The final decision on the deployment of a mobile lab unit in South Africa would depend on the volume of market activity going forward, Velasco said.