A new U.S. census report has forecast stable employment in the utility-scale solar sector in 2017 but cost-saving plant designs, technologies and cooperatives are set to impact labor distribution in the coming years. 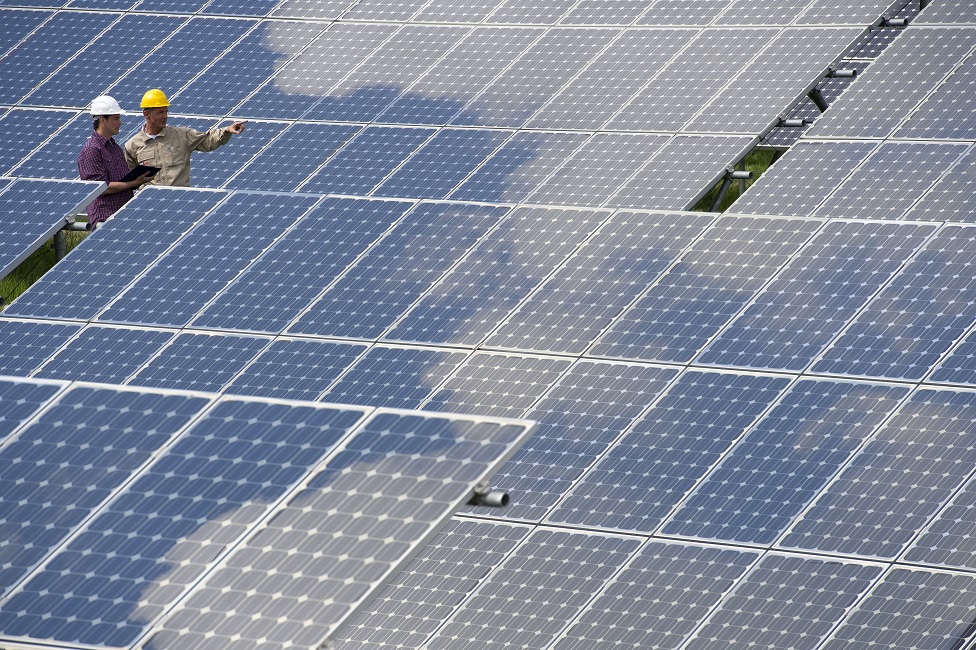 U.S. solar firms predict employment in the wider solar industry will rise by 10% in the coming year to around 286,000 workers, following a record 25% rise in 2016, according to the Solar Foundation's National Solar Jobs Census 2016, published February 7.

Rising job numbers this year will be driven by the labor-intensive residential installation sector. Installed residential PV capacity is forecast to rise steadily in the coming years and solar installation employment is set to increase by 12% in 2017 to 154,175, the census said.

Following record levels in 2016, utility-scale installations are set to soften in 2017 and the census predicts utility-scale project employment will remain stable at just over 34,000. 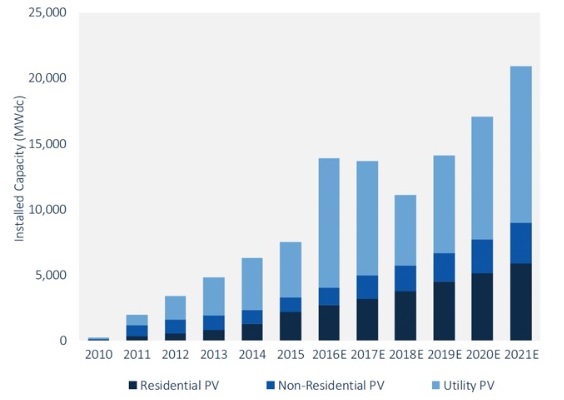 By February 2016, solar power had reached grid parity in 20 out of 50 US states and a further 22 states are expected to follow by 2020 under "business-as-usual conditions," according to a report by GTM Research.

The pace of cost reductions in modules and inverters has slowed in recent years and developers are now looking to optimize soft costs-- such as labor and overheads—which will impact employment numbers.

Utility-scale soft costs are being reduced though a shift towards preassembly of PV systems, which has shortened installation time in the field and lowered costs for Engineering, Procurement and Construction (EPC) providers, developers and also Original Equipment Manufacturers (OEMs), Ran Fu, Solar Energy Analyst and co-author of the NREL report, told New Energy Update in October.

Component-level assemblies, such as clamps, clips, and horizontal tubing, can be pre-assembled in factory in order to improve on-site productivity.

"The new idea is to swap that outdoor installation activity into the indoor factory temperature-controlled activity. Based on our preliminary results, 15 to 20% labor time saving could be achieved if all the scattered parts are designed to be 'plug-and-play'," Fu said.

An increasing number of companies are also basing system designs on customized tests, rather than generic textbook references to leverage project experience and gain competitive advantage.

"They recognise the benefits of using their own customized practical field data rather than using coefficients from the design book. That will largely reduce the material usage and also labor hours in the field," Fu said.

Module efficiency improvements are also reducing the number of modules required for a given capacity and this has cut soft costs such as labor costs.

The optimisation of plant layout and labor resources have pushed O&M costs close to $8,000/MW/year, the cost the National Renewable Energy Laboratory forecast for 2020 in its Annual Technology Baseline (ATB) report published in 2016.

Last year the U.S. Department of Energy (DOE) awarded $358,000 to Amicus Solar to build a new O&M cooperative which will build a pool of certified staff and equipment from across the country to drive down costs and minimize full life-cycle risks.

Members of the O&M group will share staff and equipment from across the U.S., increasing the efficiency of O&M services for asset portfolios spread across multiple regions.

Clients will slash travel times by using the services of the cooperative member closest to the plant, Irvin said.

“The cooperative business model is a unique model to reach not only a large geographic (area), but also to have a level of collaboration necessary to add efficiencies and reduce costs,” Irvin said.

Another new company, 365 Pronto, has launched an app to hire qualified O&M contractors on a pay-as-you-go basis. The app aims to guarantee access to certified and compliant workers located closer to the power plant, simplifying and standardizing the dispatch process to reduce response times by up to 80%.

“We are so sophisticated and advanced in monitoring, and yet when it comes to dispatching the technicians we are in the dark ages,” Rue Phillips, co-founder and CEO of 365 Pronto told New Energy Update in December.

“The only way that we can reduce costs is to utilize a localized autonomous trained certified workforce,” he said.