The US could see a growth spurt in solar-plus-storage projects in 2016 and 2017 if the US Internal Revenue Service (IRS) expands its energy investment tax credit regulations to include more energy storage uses, said Jigar Shah, co-founder of Generate Capital, a specialty finance company that builds, owns, operates and finances energy, water, agriculture and basic materials infrastructure assets. 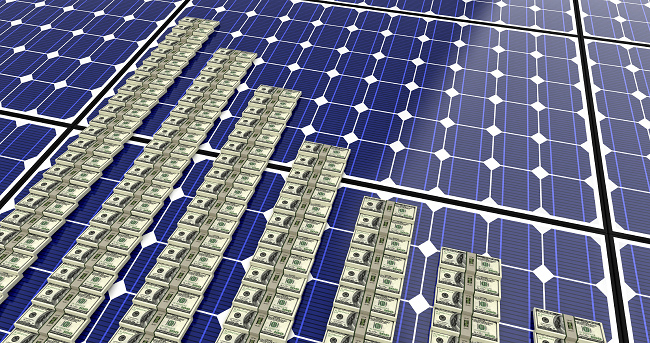 The IRS is working on new guidance related to the definition of qualifying energy property under Section 48 of the tax code, which provides a 30% tax credit for certain renewable energy systems on commercial properties, also known as the Investment Tax Credit (ITC).

Since the regulations that define qualifying energy property have not been updated since the 1980s, modifications to the tax rules are expected to clarify long-standing ambiguity for many energy technologies, including solar, wind, geothermal, biomass, waste, hydropower, combined heat and power, fuel cells, and microturbines, among others.

The old Section 48 regulations, for example, contemplate “storage devices” but largely focus on thermal storage, leaving many open questions about the eligibility of electric/battery storage paired with solar and wind, which is more common today.

A new ruling from the IRS that specifies or expands what storage technologies and uses qualify for the credit could unlock the deployment and financing of energy storage, Shah said.

The IRS was accepting public comments on the definitions of dual-use property and energy storage, among other items, through February 16 and is expected to issue proposed new tax credit regulations later in 2016 or in 2017.

In hybrid systems, it is not clear currently how much of a storage project qualifies for an incentive since the tax credit only applies to the portion of the storage device that is used to manage renewable energy.

There are some caveats for energy storage paired with solar to be eligible. The systems have to be installed at the same time, and at least 75% of the electricity used to charge has to come from the solar unit.

The ITC also decreases in proportion to the amount of energy used to charge it that does not come from the solar system.

According to Jigar, one potential outcome of the new ruling is that the 75% requirement for charging energy might be dropped altogether so that the storage unit could be charged by the grid and only be connected to the solar system in cases of brownouts or blackouts.

“If it happens, I think you will see further boom in energy storage,” Shah, a former CEO of SunEdison, said.

Energy storage investment will see steady growth in 2016 across the board, especially in the utility and commercial & industrial (C&I) segments, Shah said.

Most of the current financing for frequency regulation battery storage and behind-the-meter battery projects is equity investment. Shah expects to see between 200 MW and 500 MW of new utility-scale energy storage installations per year in the short term.

Total corporate funding – including venture capital, private equity, corporate VC, debt and public market financing – for battery/storage dropped globally year on year, from $921 million in 2014 to $676 million in 2015. The US remained the hub of Battery/Storage VC activity in 2015 with $367 million of the total $397 million raised through VCs in the sector, down from $431 million in 2014, according to a report released on January 19 by market research firm Mercom Capital.

In some cases, technology providers may finance projects to underwrite the technology risk, but will usually do so on balance sheet, Edwards said.

Venture capital firms and institutional investors in Europe recently told Energy Storage Update they are shifting away from pure-play technology solutions and focusing more on more sophisticated business models, such as aggregated storage and grid stability, on the back of falling technology costs and existing policies.

According to Shah, however, US investors have not yet heavily funded these more complicated projects because US regulations and market structures do not provide clear price signals for these revenue models.

Shah expects to see more investor interest in integrated applications such as microgrids where battery storage provides a critical component to the system design.

For now, Generate Capital is focusing on the established business models for storage such as frequency regulation and demand savings behind the meter but is “monitoring more complex arrangements,” Shah said.

Key policies or policy extensions that will be driving energy storage financing in 2016 and 2017 include the US Department of Energy Loan Guarantee programs, the US Department of Agriculture’s Rural Energy for America Program (REAP) and its Business & Industry Loan Guarantees, as well as other state mandates to back storage similar to California’s 1.35 GW Energy Storage procurement target, Riedy said.

According to Shah, 2016 could also see a lot more regulatory changes in the Midwest, as well as changes by different systems operators in the Northeast and Texas, which could provide developers with more clarity and spur energy storage investments from 2017.