A 2016 tender being planned by UK’s National Grid utility could expand the UK grid-connected electrical energy storage market by 40 times its 2013 level and has seen major interest from battery developers. 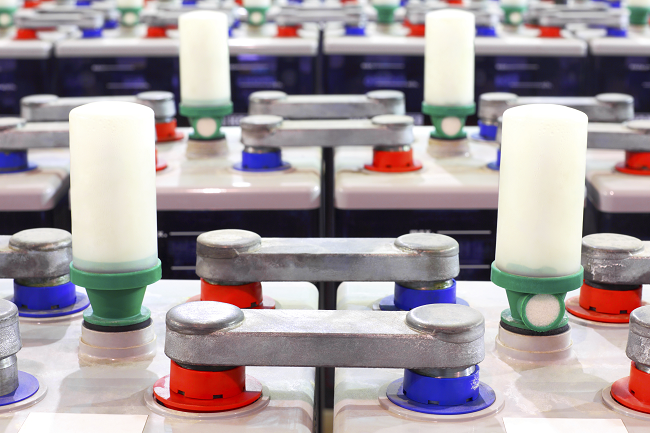 The tender, due in the first quarter of 2016, will call for 200 MW of enhanced frequency response capacity. Although the tender will be technology agnostic, in theory it could all be met through fast-ramping electrical energy storage assets.

The call for expressions of interest, launched by the National Grid in September 2015 and closed in mid-November, resulted in 68 project submissions totaling 1.3 GW, according to Adam Sims, senior account manager at National Grid.

Of all the submissions, 888 MW were for battery projects and the remainder included alternative technologies, such as flywheels and diesel-battery hybrid plants, Sims said.

He added that National Grid is looking for assets that can achieve 100% active power output within a second of registering a frequency deviation on the grid, to offset losses in spinning reserve as all of the UK’s coal-fired plants are due to be closed over the next 10 years.

National Grid is currently reviewing the responses to refine the technical criteria for the tender, although it is expected there will be a maximum capacity specification of 50 MW per plant, to comply with grid codes, and a storage duration specification of no more than one hour, Sims said.

National Grid is benchmarking the cost of storage assets against its current costs for ancillary services, which average £11 ($17) per MWh and in some cases go up to £20 ($31) per MWh.

“An initial assessment shows it could be twice as valuable as what we currently buy,” Sims told Energy Storage Update.

That equates to a maximum cost of around £40 ($61) per MWh for frequency response services delivered at times of peak demand.

The utility-scale sector is the biggest energy storage segment in the UK. Residential storage is still not economically viable, and the level of commercial and industrial storage, although unknown, is thought to be quite low, Sims said.

The tender could significantly increase the UK’s non-pumped hydro energy storage capacity. The latest comprehensive listing of UK grid-connected energy storage, the Energy Storage Operators’ Forum State of Charge of GB report from November 2013, cited a mere 5.1 MW and 6.4 MWh of grid-connected capacity commissioned in the UK (see graph below).

A further 7.2 MW and 13.8 MWh of capacity was under construction or being planned at the time. Most of this was attributable to a 6 MW, 10 MWh lithium-ion battery system in Leighton Buzzard owned by UK Power Networks, which came online in December 2014.

The UK Power Networks Smarter Network Storage (SNS), as the project is known, is currently the biggest battery storage plant in Britain.

SNS was designed as a test case for using battery storage to offset the need for grid strengthening and is now in a pilot phase that is due to end in December 2016.

At the moment, UK Power Networks has “no procurement programs to speak of,” said SNS Project Director Nick Heyward.

“We still have a further year to run on our Leighton Buzzard trial so we are still developing our experience in using the technology,” he said.

It has an expected lifetime of four to five years, based on 1,500 battery cycles. The original specification for the project, which began in 2010, was for 1 MW and 6 MWh of capacity, using sodium-sulfur batteries from NGK.

However, these were replaced with lead-acid after a 2011 fire in Japan raised safety concerns over sodium-sulfur chemistry.

Other significant projects listed in the State of Charge of GB report are a 2MW, 500 kWh plant installed in Orkney in June 2013 and a £4.8 million ($7.3 million) 2 MW, 375 kWh lithium-titanate battery storage demonstrator at the University of Sheffield.

In the short term, said Dr Jill Cainey, director of the Electricity Storage Network, there is little expectation of further projects from electricity companies.

“There are no utility procurement plans at the moment,” she said.