In the group of developing US utility-scale storage markets behind California and New York, the states of Texas, Arizona and Hawaii are seeing stuttering progress as generators grapple with cost concerns. 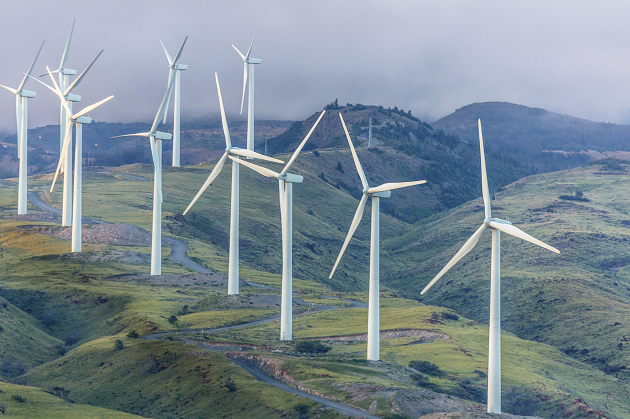 The Hawaiian islands are trying to overcome the cost of fossil fuels by ramping up renewable energy production. Image credit: BlueMaxphoto

Despite signs that Texas and Arizona would see strong progress in utility procurement of energy storage solutions, technology costs have been a drag on the authorization of projects, providing developers with uncertain growth outlooks.

Texas was an early mover in large-scale energy storage, but no recent procurement plans have been announced.

A request for proposals (RFP) in Arizona earlier this year created some excitement by including energy storage, but state utility Arizona Public Service deemed a suite of proposed energy projects was too expensive compared with new power generation capacity.

In Hawaii, where electricity prices are high and a transition from expensive oil-fired power plants to renewables favors new storage solutions, activity in the energy storage market has increased, but timelines have slipped as the filing of complete contractual terms by state utility HECO has taken longer than planned.

Arizona, Hawaii and Texas jointly host around 78 MW of installed capacity, according to Mercom Capital Group, but much of this capacity was built several years ago and does not reflect the current rate of development in these markets.

Texas, for example, has 40 MW of installed capacity, but “currently there are no energy storage mandates,” Terry Hadley, director of communication at the state’s Public Utility Commission (PUC), told Energy Storage Update.

“At this time, the Texas Legislature is not in session and there is no pending legislation regarding energy storage,” Hadley said.

Back in 2010, Texas was an energy storage pioneer. Electric Transmission Texas was able to claim the largest battery project in the US when it installed a 4 MW sodium-sulfur battery system in Presidio.

Today the biggest energy storage project in the state is Duke Energy's 36 MW Notrees facility, attached to a wind farm in west Texas and commissioned in 2012.

Duke has commissioned Samsung SDI and Younicos to update the plant in 2016, installing lithium-ion technology to replace the lead-acid batteries that have been used at the plant since it began operating.

Duke Energy owns 15% of US battery storage, according to IHS, but it has yet to announce any further procurement plans in Texas.

Elsewhere in the state, there is uncertainty over a 5 GW procurement initiative launched in May 2014 by Oncor, a Texas transmission and distribution utility.

At the time, the utility announced it would “install and test battery back-up systems at the community subdivision level at multiple sites” and at the same time “begin creating a micro-grid system around one of the company’s large facilities in Lancaster.”

But one US energy storage developer told Energy Storage Update that Oncor’s plans “did not get a friendly reception” from the PUC and the state legislature.

And Philippe Bouchard, vice president of business development at Eos Energy Storage, said: “My personal opinion is that the market is still in the early stages of development.”

A lot of excitement was created by Oncor’s announcement, but there are very real and strong regulatory barriers that exist, Bouchard said.

“Large-scale procurement is still probably four years off,” he said.

Island life
More promising, for the time being, is Hawaii, which has around 28 MW of installed capacity, according to Mercom Capital.

“Hawaii is a classic place for grid-connected energy storage,” said Bouchard. “It is an isolated grid system fed by expensive liquid fuels.”

The Hawaiian islands are trying to overcome the cost of fossil fuels by ramping up renewable energy production, but this has led to problems with grid stability.

As a result, in March 2014 the Kauai Island Utility Cooperative (KIUC) launched an RFP for around 40 MW of battery storage.

In June 2014, Pacific Business News (PBN) said KIUC had abandoned the idea of battery storage in favor of a 25 MW pumped hydro project.

In parallel, Hawaiian Electric Company (HECO) issued in May 2014 a separate RFP for up to 200 MW. In September 2014, news emerged that HECO was in talks with three potential bidders after whittling down a shortlist of 60.

However, HECO is being taken over by Florida-based NextEra Energy, and in June 2015, Pacific Business News reported the utility was pushing the project back by a year, with installations now expected to be in operation by 2018.

HECO is now working towards filing the energy storage contract agreements with the Hawaii Public Utilities Commission by the end of this year, a spokesman for the utility told PBN.

Regulating demand
Energy storage has also suffered a setback in Arizona, which has 10 MW of projects at present. The state was the subject of attention in January 2015 when the utility Arizona Public Service (APS) included energy storage in an RFP issued for alternative peaking capacity.

Of the 27 project proposals, about a third were battery storage solutions and one was for a combined energy storage and a GE LMS100-PA+ aeroderivative gas turbine system, according to the Arizona Corporation Commission, which regulates utilities.

In the event, “none of the storage proposals were chosen as APS commented that on average they were 50% more costly than greenfield conventional [generation],” said Jodi Jerich, the Commission’s executive director.

But even though there is currently no energy storage procurement legislation in place in Arizona, utilities in the state continue to investigate its potential.

For example, Tucson Electric Power is forecasting the addition of 50 MW of battery storage over the next 15 years. UniSource Energy Services, meanwhile, predicts it will add 2 MW over the same period.

In addition, the 2015 Renewable Energy Standard & Tariff set by APS includes a request for $2 million to fund a battery-solar PV demonstration research program.

While the timeframes for energy storage expansion in Arizona, Texas and Hawaii are either unambitious or behind schedule, the expected drop in battery costs in the coming years combined with supportive state legislation could inject some life into these markets and elevate them toward the higher levels of regulation-led activity in the states of California and New York.