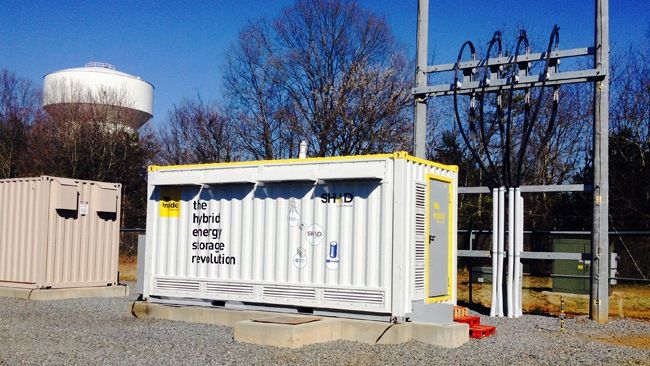 Venture capital (VC) funding - including private equity and corporate venture capital - for Battery/Storage companies dropped 50% in the first quarter of 2016, with $54 million in 10 deals compared to $108 million in eight deals in Q4 2015, according to a report released on April 19 by market research firm Mercom Capital.

Year-over-year funding was also down compared to the $69 million in seven deals in the first quarter of 2015.

The United States accounted for nearly all of the Battery/Storage activity this quarter, with $49 million in eight deals.

Eight investors participated in Battery/Storage funding in Q1 2016, with Energy Storage System companies raising the most funds. Over the last year, most of the VC financing in the sector has been going to energy storage systems or to flow batteries, according to Mercom Capital.

There were two debt and public market financing deals in Battery/Storage during Q1 2016 totaling $29 million compared to $32 million in three deals in Q4 2015.

According to Mike Rowand, Duke's director of technology development, the plans are a big leap from just a few years ago, when a vertically integrated utility would have struggled to find a business case for installing a battery storage system due to lack of price signals or support from regulators.

By contrast, unregulated markets, such as those run by the PJM Interconnection, have proved a much more fertile ground for storage deployments in the U.S.

The company has pursued several battery pilot projects within its regulated business to test the feasibility of different battery technologies – including a sodium-ion battery system at the Rankin substation in Gaston County, North Carolina, and a 250-kW lithium polymer battery that runs at a solar panel-testing facility near Duke's Marshall Steam Station coal-fired power plant in North Carolina – but is unlikely to install any more pilots, according to Rowand.

A future commercial battery deployment will likely address a specific problem, such as an area where a substation is needed, Rowand told SNL.

Only 34% of U.S. PV installers offer storage solutions to their customers, according to EuPD Research’s latest PV Installer Survey USA 2015/16.

The survey of 302 installers across 42 U.S. states shows that about 26% of the companies that are not offering storage right now hope to provide storage options in their portfolios in 2016.

Meanwhile, some 38% of the installers that don’t offer storage said that current battery pricing hinders demand and that the “technological maturity” of the systems on the market is not yet convincing.

According to the survey, Trojan is the most popular battery brand for solar-plus-storage installations in the U.S. Tesla’s Powerwall ranked top for “unaided brand awareness.”

The majority of the surveyed installers said that the most important metric to look for when opting for an energy storage brand is guaranteed conditions and ease of installation.

Meanwhile, more than half (53%) of U.K. solar installers are considering adding energy storage solutions in their portfolio in 2016, up from 42% in 2015, according to EuPD Research’s European PV InstallerMonitor 2015/2016 study released in March.

The survey of 650 European PV installers indicates that only 12% of the U.K. respondents already offer energy storage solutions, up 1% from the previous year. Most British installers still have concerns about energy storage, citing challenges such as high prices and low profit margins, among others.

SMA is both the most well-known and most widely used energy storage brand. Tesla ranked second for brand awareness, even though their products were not yet available in the U.K. at the time of the survey.