Energy storage suppliers such as LG Chem and Sharp are focusing on a growing market in behind-the-meter applications for US commercial and industrial (C&I) customers spurred by demand charge savings. 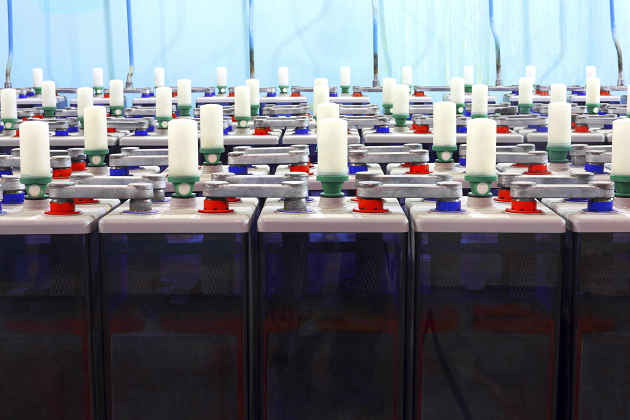 “I think there’s a chance the C&I segment could actually be larger over the next five years than megawatt-hour-scale [deployments at LG Chem],” said Peter Gibson, LG Chem’s director of energy storage system sales.

Sharp, meanwhile, expects to make revenues of $100 million from US C&I sales in the next two years. In April 2015, the company reported it was reviewing 400 potential customer sites.

The Energy Storage Association’s September 2015 US Energy Storage Monitor, published in association with GTM Research, shows that while behind-the-meter storage is still relatively small in comparison to grid-scale installations, it is growing rapidly.

The second quarter of 2015 saw a record of around 5 MW of non-residential behind-the-meter storage systems being deployed in the US, beating the previous best for the segment, in the fourth quarter of 2014, by 13%.

For some commercial and industrial customers that use a lot of power over short periods, demand charges – a fee proportional to peak power rather than total energy – can constitute more than 50% of the monthly electricity bill, according to the US National Renewable Energy Laboratory (NREL).

Demand charges are present across the US but vary widely from state to state, with California currently having the highest levels.

Moreover, according to the report, for installed systems costs of $300/Wh and $300/kW, using storage batteries can also result in an encouraging payback period of less than five years, and payback periods of less than three years for optimized systems.

The study simulated the impact of li-ion on electricity costs, using Southern California Edison’s TOU-GS-2 option B rate structure circa April 2013, as well as historical load data from 98 commercial facilities.

“Where technology and incentives combine to reach this price point, the deployment of energy storage for demand charge management could become rather commonplace,” the report says.

Customer-sited storage has a promising market potential in states such as California, where investor-owned utilities offer up to $1.62 per watt installed storage capacity via the Small Generation Incentive Program, and in New York, where utility Con Edison offers up to $2.10 per watt installed for advanced batteries through an enhanced load reduction program.

The system is helping Baker Electric save $1,400 a month in demand charges.

“The payback period we’ve been seeing when we’ve modelled sites in the San Diego territory is in the three to four-year range,” said Carl Mansfield, Sharp’s Energy Systems and Services Group general manager and founder.

Baker Electric is on San Diego Gas & Electric’s AL-TOU tariff, which Mansfield says is one of the highest in the US. But C&I energy storage makes sense in other parts of the country, too.

In New York, for example, in 2012 Demand Energy installed one of the state’s first behind-the-meter C&I systems at the Barclay Tower, a luxury apartment building run by the property management company Glenwood Management.

The Demand Energy system manages Glenwood’s daily operation by downloading day-ahead pricing information from the New York Independent System Operator (NYISO) and using this data to make decisions on the next day’s operations. The user has the option of capping demand during operational hours, satisfying the need for high-cost power with energy purchased earlier at a lower rate.

Such systems allow the user to participate in the Indian Point Demand Management Program introduced by Con Edison and the New York State Energy Research and Development Authority.

The program offers incentives for large energy users to curtail consumption across Con Edison’s catchment area and helps cope with the closure of the Indian Point Energy Center, a nuclear power plant that delivers up to 15% of the utility’s peak power requirements. The plant is due to reach the end of its operating lifespan in December 2015, with the current Governor of New York opposed to a license extension.

As part of the demand management program, Glenwood is required to provide four hours of continuous load reduction for five days a week during the four-month summer peak-load season.

In October 2015, Greensmith, a provider of grid-scale energy storage software and integration services, announced a new release of its GEMS platform with features including fleet management for behind-the-meter systems used for managing demand charges.

“One of the reasons we decided to share this functionality, which has been available in our software for quite a while, is because there is actually a lot more going on in behind-the-meter commercial and industrial systems,” said Greensmith CEO John Jung.

“You have a lot of smaller systems that operate individually and can be optimized in fleets.”

“We’ve designed these systems to be distributed computers,” Jung said. “It allows you to have a much more intelligent approach to capturing value streams with energy storage.”

Demand Energy has also been implementing changes to its software platform that it says could double the cost savings available through behind-the-meter energy storage deployments with C&I customers, though the company has not formally announced details about the changes.