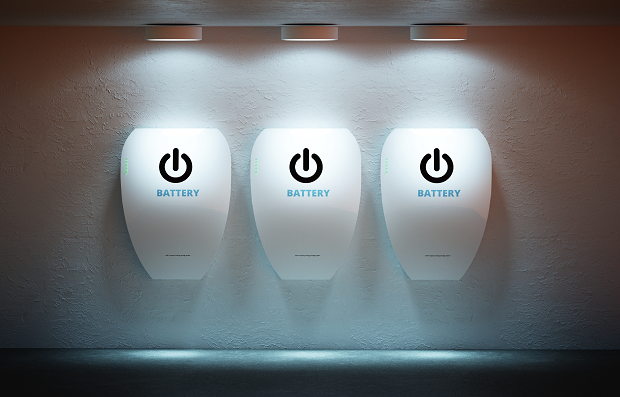 The shift in investment sources follows a growing realization that energy storage technology commercialization often requires greater investment than can be secured through venture capital, according to Karcanias.

“The question is not necessarily about the technology, it’s more about do they have a long-term funding pool to see through the commercialization process,” Karcanias said.

“A VC can provide the necessary capital if there is a near-term exit play, however there are other pools of capital better suited to the energy storage market that can help finance the technology but also with development and deployment.”

Institutional investors recently entering the energy storage market include the solar company OCI, which made a strategic investment in battery technology provider Eos Energy Storage in May, and Dyson, which put $15 million into battery technology manufacturer Sakti3 in March.

The combination of continued VC interest and growing attention from institutional investors adds up to a promising short-term outlook for energy storage, just as electric vehicle companies are advancing storage technologies and policy changes in California and elsewhere are incentivizing storage adoption. The high-profile launch of Tesla’s Powerwall has also boosted public awareness of the new technologies being developed in the energy space.

Figures relating to specific VC investment in energy storage are hard to gauge because companies do not usually provide a break-out of the money provided by each investor in every funding round.

Institutional investors
One technology developer that is moving from VC backing to strategic investors is flow battery manufacturer Imergy. The company originally secured most of its cash from VCs and high-net-worth individuals, but was recently also funded by renewables giant SunEdison.

There was a lot of VC interest in energy storage around six years ago, he said, but “the timing was too early. The technologies were not reliable or price competitive. And then it became a very crowded space. There’ve been failures along the way.”

An issue for early VC investors has been how to get their money back, for example through a public placement or mergers and acquisitions (M&A), in the two-to-seven-year timeframes normally expected for an exit.

“A lot of them now are more reluctant to get in. They want quicker returns,” Hennessy said. “They don’t want it to run to six or seven years, which is what it takes [to start seeing commercial deployment].”

Meanwhile, however, energy storage markets have evolved to a point where several are beginning to offer true commercial potential. In the US PJM frequency regulation market, for example, payback times of as little as two years are now being reported.

“Now it’s a case of: Can you get the right technology at the right time, performance and pricing to get into the market?” Hennessy said.

“The market is now clearer,” he added. “It’s now about whether the management team can execute on a proven technology.”

Four of the world’s top five energy storage funding deals in the second quarter of 2015 were for US players. Vionx Energy, Cnano, Stem and Advanced Microgrid Solutions pulled in close to $94 million between them.

Among the known investors were a number of VCs, including Hotung Investment Holdings, IDG Capital Partners and Megatop Capital.

Similarly, a number of institutional investors appear to be testing the water through in-house venture capital subsidiaries. In July, for example, General Electric and Caterpillar’s VC divisions both invested in FlexGen Power Systems, an energy storage software developer.