Assessing the bankability of project controls will be key to mitigating the risks and monetizing more value from energy storage systems moving forward, according to Michael Kleinberg, senior consultant at risk management company DNV GL. 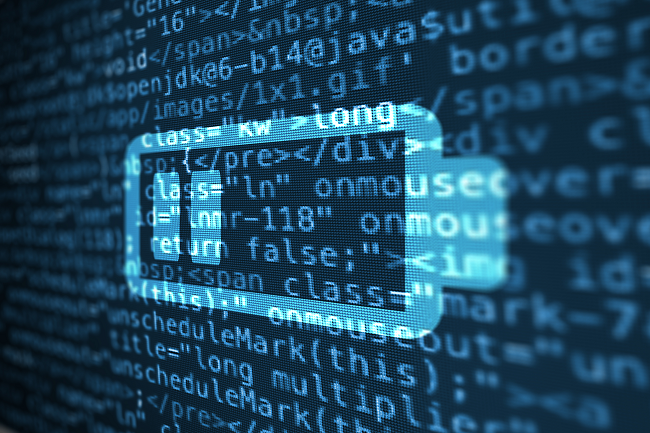 Speaking at the Energy Storage Update USA 2016 conference on June 15, Kleinberg discussed the key factors that make an energy storage technology “bankable” for project finance investment with a focus on performance, reliability, security and scalability.

“This is probably one of the number one questions we are hearing from vendors at this point – are these controls bankable?” Kleinberg said.

The industry is seeing many new pure-play software providers partnering with product manufactures and project developers to implement project controls to capture additional value from batteries and secure debt and equity financing.

While still looking to differentiate on price and hardware capabilities, a growing array of companies are also seeking to pencil out against the alternatives on the back of more advanced integrated software solutions that allow them to offer higher-value multiple-service applications at scale, such as all-in-one smart systems and virtual power plants.

There are two main services that are needed to facilitate bankability and accelerate market growth for energy systems, and they should factor in project controls, Kleinberg said: an Independent Technology Evaluation, also known as Bankability Study, which focuses primarily on assessing the technological aspects of the products and integrated systems; and an Independent Engineering (IE) report, which assesses a single project or a portfolio of projects that are being introduced for funding, looking at factors such as siting and permitting, and environmental compliance, among others.

As opportunities arise for different storage uses to be aggregated to participate in grid and market support applications, aggregator control layers will require more validation and should be included in traditional bankability reports, according to Kleinberg.

With dispatchability becoming an ever more important part of storage system design, controllers have to combine multiple functions – from forecasting the load, to understanding the tariff structure and factoring in the type of charge management required for the specific purpose.

Application controls will also need to include performance incentive requirements as energy storage projects have to meet an increasing number of policies.

California’s Self-Generation Incentive Program (SGIP), for example, requires that storage systems discharge at least 10% of their rated capacity for at least 5,200 hours of the year for five years.

And the Investment Tax Credit (ITC) currently mandates that 75% of the electricity used to charge the storage system has to come from its paired solar unit in order to qualify for the 30% tax credit.

The ITC also decreases in proportion to the amount of energy used to charge it that does not come from the solar system.

“If you are going to design a robust controller that operates a storage device with or without a PV, with or without net metering rules in place and with or without this ICT incentive requirement, it starts to become a large problem, and the controls need to be robust, and you need to be able to handle all these different operating modes and account for these things,” Kleinberg said.

Conventional bankability reports look at the major project components, starting with the hardware such as batteries and PCS/inverters, but typically don’t review the controls. DNV GL has begun evaluating the software and controls as well.

Although required by the developers and lenders, bankability reports are typically contracted by the product manufacturers, with the initial report providing critical feedback on issues or gaps that can be improved to further facilitate the product bankability.

This is particularly valuable to companies entering new regional markets with differing regulatory and certification standards. The final report is also often used by the manufacturers as a critical marketing tool and is provided to potential customers or lenders, Kleinberg said.

DNV GL's bankability reports typically include a high-level review of the company, manufacturing, quality and business model, and would generally report on the company's and product's history and technological aspects such as product specifications, architecture and topology, product efficiency and design for reliability; quality review focusing on regulatory compliance, manufacturing quality and testing and certification; and a reliability review looking at the product support infrastructure and field history and root causes, among others.

To assess the performance of the controller, DNV GL reviews the sizing methodology that is being used, the dependencies on PV and load forecasts employed, the types of system values that are monitored and that are input into the controller, how often the control settings are re-evaluated online, the forward time-windows over which control set points are computed, as well as whether customers have local override controls.

From a reliability standpoint, many of the current developers tend to put the controls in the cloud and then sink down daily dispatch profiles and re-optimize them over time if necessary, Kleinberg said. To assess the reliability of these processes, DNV GL looks at the dedicated quality assurance in place, how often firmware updates are rolled out, whether there is an alert ticket deployment process, and the typical metrics for response time, among others.

Security will also become an important part of energy storage systems, particularly distributed storage, Kleinberg said. Even though distributed projects have not been forced to deal with major cyber security requirements, as more distributed projects get capacity credit and the market becomes more dependent on storage capacity to be operated reliably, regulators are going to force down some cybersecurity requirements, he added.

As companies are also looking to aggregate more energy storage value streams, bankability studies should also focus on assessing how scalability planned in networking, analytics and front end, the expected levels of data throughput and how they scale, the plans for stress/performance tests of the system, as well as the levels of data concentration, Kleinberg said.