Statoil’s battery storage pilot at the Hywind offshore wind farm presents strategic value beyond the immediate business benefits for the farm as the company narrows in on the most profitable stack of storage applications in full-scale offshore wind farms and other renewables, where it sees growing opportunities, said Sebastian Bringsværd, Statoil’s project manager for Batwind. 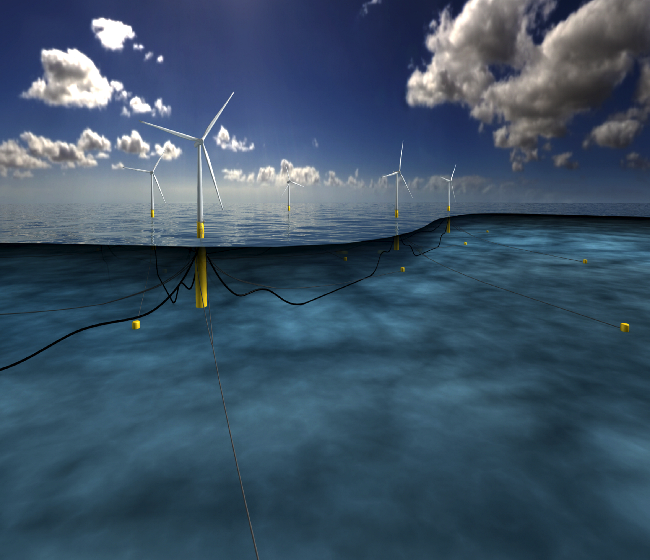 In March, Statoil announced it will install a pilot 1 MWh lithium-ion battery system to store energy from the 30 MW Hywind pilot park off the coast of Peterhead in Aberdeenshire, Scotland, the world’s first floating wind farm.

The company expects that battery storage could improve the efficiency and lower the levelized costs for offshore wind, raising the value of wind energy for both the company and its customers.

It is standard to use batteries for backup power in wind turbines to provide power to critical operational and safety systems in the event of a loss of grid connection. Battery manufacturer Saft, for example, recently announced it had delivered 80 of its Uptimax nickel battery systems to provide backup power at a 320 MW E.ON wind farm in the North Sea.

The opportunity in wind-storage is whether storage can additionally be deployed for more innovative purposes to access new revenue opportunities, said Nick Baldock, partner at specialist renewable energy consultancy Everoze.

Though the offshore wind industry is driven by cost reduction targets, cost is just one half of the project economics equation; it is normally more helpful to express the economic benefit of storage in terms of new revenue streams accessed, rather than costs reduced, he said.

Everoze has developed a storage revenue wheel that maps out these revenue opportunities, of which there are more than 14 in the U.K.

Statoil is looking to deploy a battery system with high power rating, capable of quickly charging and discharging to fit the specific wind patterns and targeted applications, as well as to help maximize the value of the wind farm, Bringsværd said.

The battery will store or discharge a portion of the energy supplied by the wind farm, for instance as a response to production data from the wind farm or to market data.

Wind-storage technologies face two additional challenges above an application such as solar-storage. While solar plants have broadly diurnal and fairly predictable generation patterns, U.K. wind generation patterns tend to result in more variable and longer cycles, according to Baldock.

“We are primarily testing applications and revenue streams, not technology,” said Bringsværd, adding that Statoil plans to remain technology agnostic about energy storage.

The proposed battery system will be placed inside one or several containers, located within a fenced area at the Peterhead substation where the Hywind Park is connected to the distribution grid. The battery will be connected to the 33 kV supply from the wind park power through a dedicated circuit breaker in the HYS substation switchboard.

The battery system will also encompass transformers and converters enabling the battery to interface with the wind park.

Statoil expects to choose a technology supplier for the project in the next 3-4 months and launch the battery system within the next 12-18 months.

Pending regulatory approvals, Statoil plans to integrate the battery and converter into the wind farm rather than as a stand-alone project.

Placing the battery behind the meter will allow the company to tap into a wider range of applications and business cases more critical to its core business – such as increasing energy production and revenues from projects – rather than limiting itself to only providing grid network benefits in front of the meter.

“The real business value lies in being able to do different applications, and stacking them, combining them and optimizing when you do what,” Bringsværd said.

One major application Statoil will be testing will be the use of storage to capture spilt energy from “overplanted” offshore wind farms, where the wind farm’s rated capacity is above the grid connection capacity.

The ability to store excess electricity or sale when capacity is free could potentially reduce the levelized cost of offshore wind and boost revenue via an increase in MWh exported.

Bringsværd said Statoil expects the initial revenue gains from the pilot overplanting to be small, though its potential benefits could still be significant with commercial-scale deployment.

Everoze’s modelling shows that for a 1.2 GW offshore wind farm with a 1 GW grid connection, overplanting could amount to a revenue uplift of up to 4%. From a grid perspective, this can help make offshore wind projects look a little closer to baseload power.

However, the capex investment required to deliver this overplanting application is currently prohibitively high, though this could change in the future as technology and system costs decrease and companies find an optimal revenue stack, according to Baldock.

For offshore wind, the bar will always be higher, as capital and operational costs increase when moving offshore, Baldock added.

Statoil will also test using storage to help the wind farm reduce balancing costs by regulating its own power supply and avoiding negative pricing. This could also enable the company to bid in auctions based on a more reliable and predictable energy delivery.

Bringsværd said Statoil could also use storage to reduce the imbalance penalties it is charged when it sells intermittent power to traders. The company currently pays about 15% in penalties, which could imply a potential revenue opportunity for storage.

Statoil will also use the Batwind battery system to assess the potential revenue gains from price arbitrage – or storing wind energy when it is cheap and selling it when prices are high – though the current spreads in the U.K. wholesale markets are usually not big enough to justify this use as the main source of income, and the potential revenue gains must be balanced against round-trip efficiency losses and the additional capital spend.