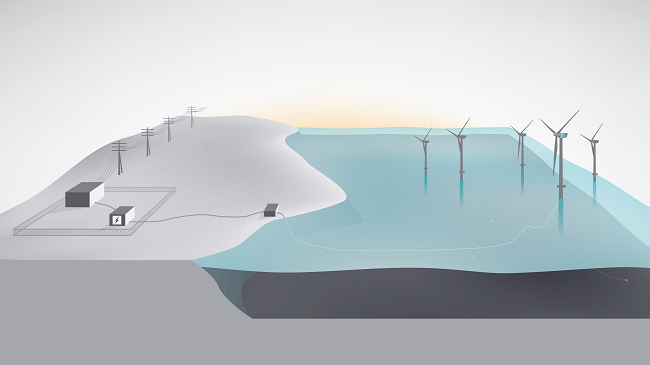 Battery maker LG Chem plans to expand its footprint in the Australian residential solar and battery storage market, the company announced on March 24, citing the “exponential traction” for its RESU6.4EX residential energy storage system in Australia and the “untapped opportunity” for solar energy storage in the country.

LG Chem launched its lithium-ion 6.4 kWh RESU6.4EX unit in the Australian market in July 2015 and has since supplied 600 units via its two main local distributors, Solar Juice and Supply Partners.

The company expects to see a five-fold increase on this number in 2016, supplying more than 3,000 units for the year, and even greater growth in 2017, when the country’s feed-in-tariffs come to an end.

Storage could save UK electricity system £2.4 bn by 2030: report

Deploying energy storage could significantly reduce the overall cost of a future UK electricity system, according to a new report by the Carbon Trust and Imperial College London, commissioned by utilities E.ON, SSE and Scottish Power with backing from the Department of Energy and Climate Change (DECC).

Depending on the scenario assumptions made for such a future system (see Figure 1), the need for flexibility solutions varies, and the cost reductions range from small benefits to savings of up to about £2.4 billion per year in 2030. If 50% of this saving were passed on to domestic customers, it could reduce the average electricity bill per household by about £50 per year, according to the study.

Annual cost saving across whole UK energy system resulting from deploying different storage types in the 'Go Green' scenario in 2030 against a base case of no additional storage. Source: Carbon Trust.

However, the value that storage can provide to a future UK electricity system depends on a number of factors, including the extent to
which the UK will achieve its carbon targets, the removal of current barriers to energy storage deployment, and reductions in storage technology costs.

Norwegian oil group Statoil will install a pilot 1 MWh lithium-ion battery system to store energy from the Hywind pilot park off the coast of Peterhead in Aberdeenshire, Scotland, the world’s first floating wind farm, the company announced on March 21.

The “Batwind” system, which will be installed in late 2018, will serve as a trial for the implementation of Batwind in full-scale offshore wind farms, where the company sees growing opportunities.

Statoil, which plans to expand its offshore wind portfolio, expects that battery storage could improve the efficiency and lower the costs for offshore wind, raising the value of wind energy for both the company and its customers.

Meanwhile, earlier in March, General Electric (GE) announced that IL&FS Energy Development Company Limited, one of the largest independent wind power producers in India, had selected it to conduct a feasibility analysis of integrated wind, solar and energy storage projects at two of its sites in the states of Andhra Pradesh and Gujarat in India.

The feasibility study is part of a grant agreement between IL&FS Energy and the US Trade and Development Agency designed to explore how best to integrate wind and solar photovoltaic installations with energy storage solutions to create dispatchable, utility-scale renewable energy projects in India as the country looks to integrate 160 GW of variable renewable energy by 2022.

As a part of the study, which is expected to be completed this summer, GE will design an integrated wind, solar and energy storage plant, estimate its capital and operating costs and develop a business plan that includes the viability gap funding that will be required for the commercialization of the project.

India has already announced long-term contract prices for utility-scale solar projects, and the IEA estimates that the country will be responsible for 9% of the world's renewable energy capacity growth between 2014 and 2020.

The “Power House” virtual power plant uses an aggregate fleet of 20 residential solar and energy storage systems located behind the meter at a customer’s home that can be autonomously controlled through intelligent software to simulate a single, larger power-generating facility.

PowerStream has installed an array of solar panels, a 12 kWh lithium-ion battery and a bi-directional meter at the home of each pilot participant.

The system is designed to test how residential customers can simultaneously generate their own clean energy and work together as a virtual power plant to augment the grid, the company said in a press release.

According to PowerStream, customers will benefit from generating their own energy, reducing their peak electricity charges and having access to outage protection by using energy from a combination of on-site stored and generated solar energy.