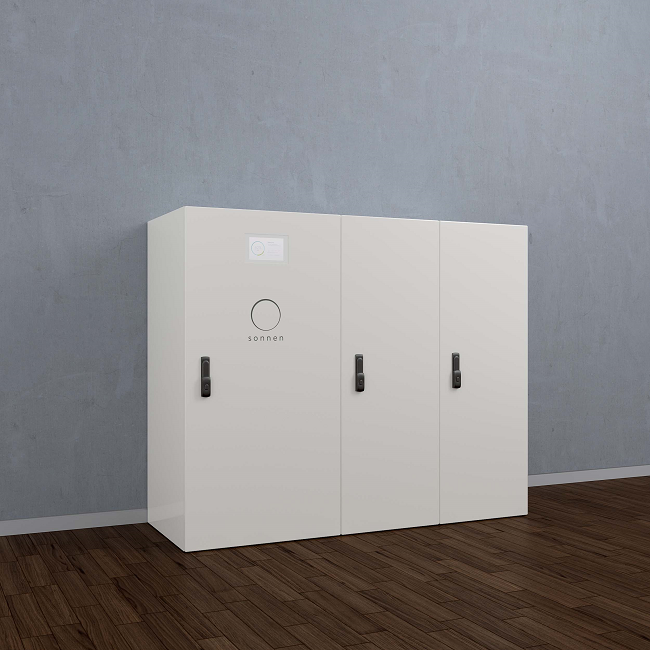 In a recent interview with Energy Storage News, Sonnen CEO Christoph Ostermann said that the company is relatively relaxed on the timeline – expecting to begin considering an IPO in the next 1-2 years – because it is still relatively small and is currently well-resourced after its latest funding round.

Sonnen, which competes against Tesla Motors Inc.’s Powerwall battery, raised $85 million in a fresh financing round this autumn, including from new backers such as Chinese wind turbine company Envision Energy and Thomas Putter, the former chairman of Allianz Capital Partners GmbH.

Sonnen is focusing on continuing its relatively fast and aggressive growth, and expanding its international reach – including in Italy, the U.S., Australia and the U.K. – and on developing new service-related utility business models.

In late 2015, Sonnen launched an all-in-one smart residential PV-plus-storage system and unveiled a community energy exchange program in Germany that connects people who produce, use and share renewable energy.

Sonnen has added the U.S., Australia, the U.K. and Italy to its home market. It may seek a share sale in Germany or the U.S., and has already adopted International Financial Reporting Standards accounting procedures.

The U.K.’s Energy and Climate Change Committee (ECCC) has used its final report to urge the government to address the regulatory barriers holding back greater deployment of storage technologies.

Following a decision in September to scrap the committee, the study calls "as a matter of urgency" on the government to improve the regulatory framework on storage by creating a separate asset class for the technology along with a clear definition for storage.

This would remove the current effect of double-charging of balancing charges. Currently, energy storage is charged once for consuming the electricity it stores and again for supplying it back to the grid.

According to Angus MacNeil, outgoing chair of the ECCC, removing the current regulatory barriers to storage could save consumers some £7 billion ($8.56 billion) a year.

The ECCC has also called for a review of what it called “outdated” Capacity Market rules and regulations in relation to storage, including considering increasing the contract length – which is currently limited to a year – and addressing restrictions around stacking of revenues for storage projects.

The report suggests redefining the capacity market to incentivize both energy storage and demand-side response since the last two auctions failed to deliver any energy storage.

However, a recent analysis by technical due diligence provider Everoze of the Capacity Market Register T-4 2016, released on October 14, identified many battery projects that applied for pre-qualification.

According to Everoze, some 1.47 GW of battery storage sought Capacity Market qualification, of which 87% pre-qualified.

Moreover, about 52% of the battery projects seeking Capacity Market qualification did not bid into the recent Enhanced Frequency Response (EFR) tender. This means there is more than 750 MW of new battery storage projects in the U.K. pipeline in addition to that seen in the EFR tender.

Meanwhile, the ECCC report also suggests that the government consider a subsidy framework for energy storage to accelerate deployment and give the sector a boost, though many in the industry have been been wary of subsidy intervention.

Storage is widely considered key to reining in the effect of intermittent renewables on the U.K. grid. A recent report commissioned by the Solar Trade Association found that adding 8 GW of batteries to accommodate for 40 GW of solar capacity by 2030 would cause intermittency costs to become negative, falling to around £3.7/MWh.

Installed operational energy storage capacity in the U.K. is more than 3.2 GW currently compared to 12 GW of installed solar, according to recent data released by the Renewable Energy Association (REA).

Global independent safety science company Underwriters Laboratories (UL) is developing a set of standards for electric car batteries to be deployed in renewable energy storage applications, whether in a utility-scale storage system, a microgrid or in residential applications.

As the first wave of electric vehicles (EVs) is coming to the end of their warranties, UL is developing a common set of requirements for evaluating and testing re-purposed EV batteries, for the so-called second-life EV battery market.

Used batteries from electric vehicles typically have about 80% of their capacity left after they are discarded, according to William Torre, program director of Energy Storage Systems at UC San Diego’s Center for Energy Research.

A second-life EV battery market allows redeployment of lithium-ion and other EV batteries instead of discarding them and can potentially reduce the cost of EVs if there is a viable market for out-of-warranty batteries. It could also reduce potential safety risks.

Redeploying used EV batteries could also potentially cut the cost of stationary storage by half.

About 95 GWh of lithium-ion batteries are expected to come out of cars by 2025, compared with about 0.1 GWh of used electric car batteries available today. Around 26 GWh of this capacity will be converted to stationary energy storage systems, according to Bloomberg New Energy Finance.