Southern California Edison (SCE) is in the middle of the first round of solicitations to procure 580 MW of primarily non-pumped hydro energy storage in California by decade’s end. Final offers for the current RFO round are due on August 10. 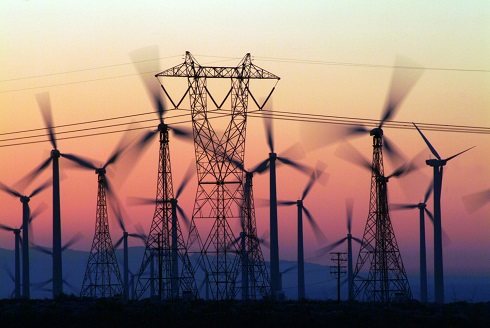 Southern California Edison (SCE) plans to update the contracts for its current round of energy storage solicitations based on the lessons it learned negotiating and drafting the agreements for the 261.5 MW of energy projects it awarded in October 2014, according to two SCE officials in charge of the process.

SCE was the first utility in California to make a significant investment in both grid-side and customer-owned, distributed energy storage assets, paving the way for how the state’s three investor-owned utilities will mix and match new energy storage technologies, policies and business models to meet California’s massive energy storage mandate.

Final offers for SCE's current energy storage round are due on August 10, 2015, and the final selection is scheduled for October 14. SCE has to submit the final agreements for approval by the California Public Utilities Commission (CPUC) by November 6.

261.5 MW of new storage in SCE's territory
Last year, SCE signed up 261.5 MW of energy storage contracts as part of its local-capacity requirements (LCR), a long-term plan to bring about 2,200 MW of grid resources online by 2021 to help the Los Angeles and Orange County regions make up for the shutdown of power plants that rely on ocean water for cooling, including the San Onofre nuclear power plant.

NRG Energy also garnered a contract to supply 0.5 MW of in-front-of-the-meter battery energy storage in the town of Goleta, California.

Project Evaluation
SCE plans to continue using the method it set up to measure the cost-effectiveness of the LCR in its current solicitation round to procure 16.3 MW of energy storage, according to Jesse Bryson, principal manager of origination at SCE.

In the LCR round that closed in 2014, SCE had to compare head-to-head very different technologies and business models, ranging from gas-powered generation to energy storage, energy efficiency, demand response, renewable energy and distributed generation.

About 1,000 of the roughly 2,000 bids that SCE received were for energy storage.

SCE utilized a least-cost, best-fit methodology and calculated the cost of each resource and offer type relative to the benefits that SCE forecasted from these resources, according to Bryson.

To rank the bids, SCE calculated the energy benefit, the ancillary services benefit and the resources adequacy benefit for each individual offer. It then discounted both the costs and forecasted benefits to come up with a net present value for each offer, which was used to compare all  resource types against one another.

“The storage offers that we selected were the most cost-competitive offers that we received, or some of, within the LCR RFO, and that was the basis on which they were selected,” Bryson said.

In its current procurement round, SCE will also measure the value of the location of the assets since it is simultaneously trying to solve local transmission and distribution grid congestion problems with the same resources.

Although they have evaluation criteria specific to their own grids, SCE, PG&E and SDG&E are required to apply a uniform evaluation protocol so that policymakers can make “apples-to-apples comparisons,” said Melicia Charles, advisor to Commissioner Carla Peterman at the California Public Utilities Commission (CPUC).

SDG&E will use the least-cost, best-fit (LCBF) methodology to analyze offers from third parties based on the net market value metric.

Meanwhile, PG&E will evaluate storage offers based on the value of a storage project in the context of PG&E’s portfolio requirements, according to Paul Moreno, spokesman for PG&E.

PG&E is looking for proposals for energy storage at five of the company’s distribution substations in northern and central California that will allow it to defer transformer upgrades as its electric load grows.

While energy storage systems that provide wholesale market products may be owned by a third party, storage offers proposing to provide transmission and distribution reliability, or locate at PG&E’s PV sites, must be owned by PG&E.

Third-party storage providers were also allowed to submit turnkey offers for wholesale market projects to be owned by PG&E.

Storage contracts
SCE plans to adjust the contracts for its current energy storage RFO based on its experience drafting and negotiating agreements for its LCR request for offers, Bryson said.

Although the financial terms of the LCR contracts weren’t disclosed, the process set up power-purchase-agreement-type structures with the contract winners, providing them with a guaranteed revenue stream.

“We are essentially using that same model through the Energy Storage RFO,” Bryson said. “There were some tweaks, but I think that the process we have used has been successful and we will continue to use it until we find a better process.”

In drafting the behind-the-meter storage contracts with Stem and Advanced Microgrid Solutions, SCE started with a demand response contract and modified it slightly to capture the nuances of storage.

Through the course of the negotiations, it also created a customized contract for Ice Energy’s behind-the-meter rooftop thermal energy storage project.

Meanwhile, in developing the in-front-of-the-meter contracts for AES Energy Solutions and NRG, it started with a conventional power generation contract and heavily modified it to change the pricing, adjustments-to-payment and testing-of-the-units sections.

“Practically, every article changed,” said Rosalie Roth, product lead for Energy Storage at SCE. “What we have now is the right to use the unit – basically, count the unit for resource adequacy so we use it in our Resource Adequacy filing.”

"And then also at the seller’s option, the seller can elect to put the energy dispatch rights to SCE, in which case SCE will be the scheduling coordinator, will bid the unit into the market, and will keep all revenues from energy ancillary services. Or the seller could elect not to put the energy and ancillary services benefits to us and keep that for themselves. It’s what’s known as RA with an embedded put option contract.”

Known unknowns
Even as it is testing the waters for energy storage procurement in California, SCE admits there is more to be desired to allow utilities and third-party storage owners to cooperate in paying for and benefitting from energy storage assets.

California regulators are still working out the complex details about how energy storage assets will be rate-based and compensated for their grid services in the future, since they serve both as a replacement for generation and, when they discharge electricity, as electricity load.

The first amendments to California’s energy storage market are expected in 2016, Charles said.

Since there is not a lot of storage on the grid and it is still unclear how the California ISO will utilize the storage on a daily basis, the SCE contract team had to make a number of assumptions around how storage would be used – both for energy arbitrage and for ancillary service needs – and what value it will get from the devices, Bryson said.

SCE also says it had to second guess the interconnection specifics and think hard about how to allocate the risk in the contracts as none of the awarded projects had gone through an interconnection study process.

SCE settled for a third-party energy storage contract that transfers the risk from not building the project to the seller.

“With LCR we were given the opportunity to purchase storage before there was market rules really for storage, before we knew what the interconnection process was going to be for storage,” Roth said.

“Going forward, hopefully the regulations, the rules and the policy will catch up, and we will be able to solicit projects that are further along in their development, and more viable from our perspective.”