PV with lithium-ion battery storage is more cost-competitive than CSP for storing up to four hours of energy, based on today’s technology and cost, said Tim Polega, executive head of Saudi Aramco's renewable energy program. 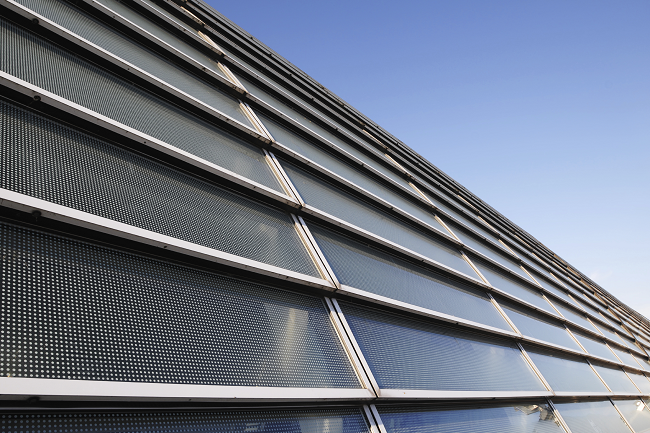 Speaking at the MENASol 2016 conference in Dubai on May 25, Polega discussed Saudi Aramco’s comparative analysis of the future levelized cost of electricity (LCOE) for storage-backed CSP and PV with storage.

According to the company's scenario, PV with lithium-ion battery storage is also more cost-competitive than CSP for storing up to seven hours in 2021 and of up to 15 storage hours in 2026.

The company has modelled the cost of photovoltaic systems with varying hours of storage against the cost of CSP with storage using different cost scenarios for CSP, PV and storage through 2026 (see Table 1).

In high solar irradiation regions, PV with batteries are generally seen as the most economic solar solution for storage durations of a few hours, while CSP plants offer lower generation costs across longer storage periods.

Saudi Aramco, Saudi Arabia’s giant national oil company, has increased its participation in the renewable energy space and is looking at solar and wind projects "from a technology-agnostic point of view," Polega said.

The company expects to see further cost reduction if CSP installations by 2016-2021 and 2022-2026 exceed these assumptions.

According to Polega, it is highly unlikely that battery prices will exceed $100/kWh by 2026.

Saudi Aramco’s comparative scenario of CSP vs. PV  capex between 2016 and 2026. Data based on a presentation at MENASol 2016.

He expects battery costs will likely follow a downward spiral similar to the cost of PV in the last few decades.

PV costs have dropped about 95% since 1990 and 99% since 1979, according to data from Bloomberg New Energy Finance, which has tracked the historical price of PV modules and storage (see Figure 1).

The data show that PV and storage technologies see a significant drop in cost every time their manufacturing capacity doubles.

Since 1976, for example, every time the production volume of PV has doubled, its cost has gone down by about 24%. As storage starts to ramp up, it is seeing a similar downward pressure on storage prices in the range of 21-26%, Polega said.

For its comparative analysis of CSP and PV with storage, though, the company assumed the cost of the battery system would go down 14% with every doubling of the manufacturing capacity, he added.

An analysis of unsubsidized levelized cost of storage (LCOS) for different storage technologies and use cases, published in November 2015 by Lazard, a leading independent financial advisory and asset management firm, shows that that in the next five years the LCOS for ‘next generation’ lithium-ion batteries will have dropped by about 50%, driven by the increasing use of renewable energy generation, governmental and regulatory requirements and the needs of an aging and changing power grid.

Meanwhile, flow batteries and lead batteries are expected to see battery capital cost declines of around 40% and 25%, respectively, the study said.

There is ample opportunity for PV-plus-storage and CSP with storage in Saudi Arabia since the country’s load profile fits well with its solar resources, Polega said.

Saudi Arabia has lagged behind other Middle East and North Africa (MENA) countries on renewable energy deployment but the Kingdom’s new Vision 2030 Plan sets a target of 9.5 GW renewables by 2023 alongside the roll-out of large-scale industrialization projects.

The difference between day demand and night demand in Saudi Arabia is consistently the same day in day out, according to Dr Ibrahim Babelli, deputy minister, Ministry of Economy and Planning of Saudi Arabia.

More importantly, there is about 45% difference between summer and winter demand, which in the past required the deployment of power plants that would remain idle for about 55-60% of the year. Moreover, the top 5% of the country's current generation capacity – or about 3 GW – only runs about 48 hours a year, he added.

The rising need for baseload power to fuel industrial growth could be met instead by the targeted deployment of PV power and CSP, Babelli said at MENASol 2016 on May 25.

A combination of PV and CSP with storage would be able to cover Saudi Arabia’s seasonal demand peaks and would cost less than new large-scale nuclear generation, he added.

Though PV deployment is relatively inexpensive and can adjust its power output as demand for electricity fluctuates throughout the day, its thermal coefficient, costly storage and inability to provide baseload remain a challenge in the country, according to Babelli.

At the same time, CSP remains relatively more expensive than PV, but can both provide baseload and adjust its output, has no thermal coefficient, and its storage technology is mature and inexpensive, he said.

In the mid- to long-term, however, the generation cost of CSP with storage will need to drop further to stay competitive with its PV counterpart.

While CSP with storage currently has LCOE of about $14 cents/kWh, PV with battery storage is already available at an attractive cost of $10 cents/kWh for up to four hours, said Andrea Lovato, executive director of business development at ACWA Power.

“Batteries catch up very fast, so the price of CSP [with storage] needs to significantly drop,” Lovato said.

The industry has been attempting to bring down the LCOE for storage-equipped CSP to under 10 cents/kWh, he added. “I think in five years’ time, we will have PV with battery storage for short periods of up to four hours during evening peaks, but CSP will still make up a big part of the baseload."