US power companies are shunning innovative technologies and early-stage developers in favour of tried-and-tested equipment from major suppliers. 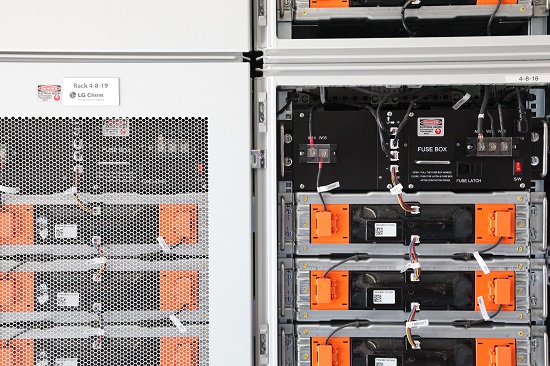 Early indications are that US power companies are shunning innovative technologies and early-stage developers in favour of tried-and-tested equipment from major suppliers, according to the report from Energy Storage Update.

One source quoted in the study says around 60% of the storage currently being considered for installation across Californian utilities is likely to be in the form of lithium-ion (Li-ion) batteries.

Another source, from Southern California Edison, indicated that the company’s energy storage testing programme was all using lithium-ion batteries.

Elsewhere, utility respondents also expressed a clear preference for industry-leading suppliers such as Sharp, LG Chem and Panasonic.
“Big companies like ours only like to deal with more established companies, with actual balance sheets,” said one.

The findings will be sober reading for innovators and start-ups looking to commercialise breakthrough alternatives to Li-ion.
Innovation is currently at a high across the energy storage industry as companies hope to cash in on US growth markets such as California, where up to 1.1GW of power is under procurement, and Texas, which has 450MW planned or installed.

The study also points out that residential energy storage, which is not subject to regulation in the same way as the utility market, has the potential to grow substantially in states such as Hawaii, New York and California.

The Californian market was last year being tipped to become something of an energy storage test bed in the wake of the California Public Utilities Commission’s Assembly Bill 2514.

A year on, while a number of utilities are still laying plans there is some early experience to suggest this will not happen.

Although not explicitly stated in the report, it seems reasonable to assume that utility customers in particular are looking to minimise any risk to their grid operations by sticking to technologies and products that have rock-solid track records.

Yet while utility and residential customers will likely be drawn to familiar technologies from household brands, challengers may “secure smaller, strategic deals by proving they can deliver products with a very low levelised cost of energy,” the report says.

Current contenders in this category include Eos Energy Storage, Ambri, Ecoult and ViZn. The report also points out the importance of non-battery technologies, and in particular pumped hydro and thermal storage, in the US market.

Li-ion batteries account for the largest percentage of all current and future US energy storage projects but less than 1% of existing and planned capacity, it says.

Pumped hydro, meanwhile, represents more than nine of every 10MW of all energy storage installed and forecast across the country.
For technology developers, the implication is that it may be better to focus on innovations relating to mainstream approaches rather than attempting to reinvent the wheel.

One example of this is SolidEnergy, which is looking to improve Li-ion cells with a ‘near anode-less’ design.

The company, which is being backed by Google, is initially focusing on the mobile device market but is looking to produce electric vehicle batteries by around 2017. SolidEnergy claims its batteries will double the range of electric cars.

This research study was published in conjunction with the announcement of the speaker line up for Energy Storage US 2015 (San Diego, July 8-9, 2015).