Two thirds of the 62 MW of storage deployed in the US in 2014 was located in PJM territory, but where prices will settle and what other opportunities will arise for energy storage in the US fast-frequency regulation market remains unclear. 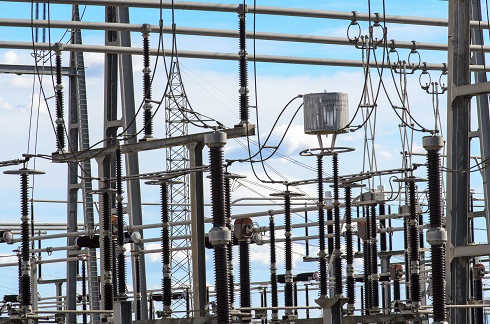 Two and a half years after it was restructured to provide better payments for fast-ramping energy storage resources, PJM Interconnection continues to be the leading marketplace for utility-scale storage in the United States.

Headquartered in Valley Forge, Pennsylvania, this wholesale electricity market (currently the largest in the world) is paving the way for how other regulation markets can expand the revenue streams for the nation’s fledgling energy storage sector.

Two thirds of the 62 MW of storage deployed in the US in 2014 was located in PJM territory, according to new data released in March by GTM Research.

Energy storage has been on the rise in PJM territory since the independent system operator (ISO) revamped its wholesale electricity market in October 2012 to meet a new FERC mandate that ISOs/RTOs pay fast-responding frequency regulation sources, such as batteries, flywheels and demand response, based on their performance following the frequency regulation dispatch signal.

Fast-ramping resources, in particular, have increased their share of the PJM market from 11% at the start of the performance-based regulation to 38% in October 2014, according to the 2014 State of the Market Report for PJM, released on March 12 by Monitoring Analytics, the independent market monitor for PJM.

PJM innovation at a glance

At the heart of the market restructuring is a 2012 PJM decision to separate the resources, such as fossil fuel plants, that follow a traditional, slower signal (RegA) from batteries and other systems that follow a dynamic, or fast-responding, regulation signal (RegD).

PJM now requires market participants that seek to regulate to pass a test for the signal that they choose to follow with at least a 75% performance score. Companies bid on an hour-by-hour basis to respond to a signal from the grid.

The new market design uses two separate payment types – one for capability (the cost of reserving megawatts) and one for performance (the cost of providing movements of output including mileage). The performance payment is multiplied by the additional amount of power that fast resources achieve compared to slower ones, resulting in a bonus mileage payment.

“Once we put that metric in place, it was amazing how much better resources from across the board – from fossil fuel plants to new resources, and even to demand-side resources – could provide the service,” said Scott Baker, senior business solution analyst for Applied Solutions at PJM.

The higher-accuracy assets entering the market also allow PJM to save on frequency regulation to maintain grid balance.

Prior to the performance-based regulation, PJM would typically procure a percentage of its forecasted daily peak load. In the summer, when PJM’s system peaks, for example, PJM used to buy 1% of the forecasted peak load – which could be anywhere between 150,000 MW and 165,000 MW on a hot summer day. On a day like this, PJM would procure 1,500 MW and 1,650 MW of regulation, respectively.

Frequency regulation prices and costs have more than doubled in response – even though PJM procures less megawatts in total, it now pays more for each effective megawatt.

Prices are also up since PJM now includes more lost opportunity cost into the clearing price compared to the old market design.

Prices in the regulation market have historically been high but dropped a lot in 2009 due to a combination of the effects of the economic recession and very low natural gas prices. Source: Monitoring Analytics

The PJM market has been a welcome boost for high performance resources, which have been able to earn bonus payments and increase their overall revenue generating potential, though the market’s fast-ramping storage capacity is still small.

The major units in the PJM fleet are lithium-ion batteries of up to 20 MW and 32 MW. The market also features a 20 MW Beacon Power flywheel frequency regulation plant in Hazle Township, Pennsylvania, which is owned and operated by Hazle Spindle LLC.

There are currently 23 active storage projects under study in the PJM Interconnection queue.

Overall, the market boasts some 86 MW of grid-scale batteries in operation and more than 500 MW in the interconnection queue, according to Baker.

“Our success came from PJM’s ability to first learn about how energy storage can provide fast regulation service,” Baker said.

"We were then able to design a market that works for all technologies but that takes advantage of the unique characteristics of energy storage – which is this ability to provide very high power, very fast-ramping capability to the regulation service.”

The market has allowed both start-ups like Solar Grid Storage and bigger storage providers such as NEC Energy Solutions to reap higher returns from their energy storage systems.

The success of the Laurel Mountain project prompted NEC to transplant another 20 MW from NYISO to PJM, according to Roger Lin, director of product marketing at NEC Energy Solutions.

The company operates about 54 MW of storage in the PJM market.

PJM is working out the details for how to improve the design, providing early lessons for how other energy storage markets can follow suit.

For one, RegD resources continue to be underpaid relative to RegA resources due to an inconsistent application of the marginal benefit factor in the optimization, assignment, pricing and settlement processes, according to Monitoring Analytics.

To compare the services provided by traditional resources and the fast-ramping resources head to head, the PJM uses a comparable metric called “effective megawatt,” which reverts traditional megawatts into fast-responding ones.

PJM applies a discounting factor for the faster-ramping resources since they are worth more than the name-plate rating on their megawatt. Battery systems of 1 MW, for example, may be worth 2 MW or 2.5 MW when they provide fast-response regulation service.

In theory, for the regulation market to function more efficiently, RegD and RegA resources should be paid equally per effective MW, according to the 2014 State of the Market report.

PJM is also working to prevent the market from getting saturated with batteries and other fast-ramping resources, which have limited energy capability compared to traditional plants, Baker said.

Since the market for regulation in PJM or any other ISO in the US is still relatively small, there is significant risk of saturating the market with too much energy storage. PJM’s decision to create two regulation signals creates higher revenue opportunities for fast regulation services, but it also segments the fast regulation market even further.

Because PJM designed the market signal to be energy neutral over an operating hour, the market could run into problems when the mix of traditional and fast-ramping resources gets heavily skewed toward the latter.

The optimal mix is to have about 42% of total regulation coming from fast-ramping resources, according to Baker.

PJM has also yet to reign in price volatility, which comes naturally with the short-term nature of requests to ramp up or take down capacity. PJM prices are also highly sensitive to general energy pricing, which is especially volatile during peak periods or extreme load events such as hurricanes and storms that are highly lucrative for storage suppliers.

The polar vortex in the US in early 2014, for example, caused prices to spike and revenues to balloon as the cold forced PJM to set a new winter peak record of 141,846 MW.

Volatile prices are one factor precluding smaller suppliers from gaining more scale, according to Thomas Leyden, vice president for Energy Storage Deployment at SunEdison, and until recently, CEO of Solar Grid Storage.

The start-up, which was bought by SunEdison earlier this year, has four energy storage projects worth 1.2 MW in PJM territory and recently installed a 500 KW system in New Jersey that is undergoing commissioning and approval.

SunEdison also expects to deploy a 1 MW system in New Jersey this summer, for a total of about 3 MW of new capacity in 2015.
Leyden says that, together with California, PJM is a key market where SunEdison wants to ramp up its storage capacity.

“When you are financing projects to have an hourly market with prices all over the map and hard to predict years out, it’s the biggest challenge for financing in these markets,” Leyden said.

He is also hoping PJM will include more ancillary services in the market, which would open up opportunities for more third parties to provide fast regulation services independent from the distribution utilities.

Though relatively small, frequency regulation markets have so far been the primary markets for energy storage in the United States and the only markets that provide breeding ground for pure merchant storage, such as flywheels and several smaller battery technologies.

While the contingency reserve market is substantially bigger than the regulation market, there is a potential for new markets for frequency response. Though much bigger, the marketplace for time-shifting and provision of firm capacity is worth significantly less than the frequency regulation market.

For storage to compete successfully in these markets and scale in the future natural gas environment, the cost of energy storage will have to come down even further.

Two and a half years in, the PJM market has demonstrated it can deliver attractive revenue streams, but we are yet to see where prices will settle and how much more opportunities there will be for energy storage in the fast-frequency regulation.