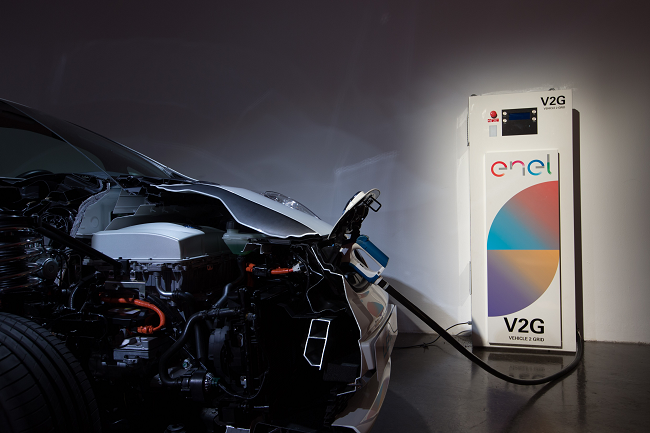 The two companies have signed a four-year contract that will see RES provide 20 MW of dynamic frequency response from battery storage. The service is designed to help National Grid perform its system balancing role.

The battery storage system will provide frequency response to the grid within one second of the detection of a frequency deviation.
The system, which is considered a forerunner to National Grid’s upcoming tender for 200 MW of enhanced frequency response in summer 2016, will be fully operational within 18 months.

Because of their fast response, high efficiency, long life and falling costs, large-scale batteries are becoming an attractive alternative to conventional thermal generators that provide electricity grid balancing services such as frequency regulation.

The average lithium-ion battery price has dropped by more than 60% in the last four years, according to IHS Senior Research Manager Sam Wilkinson.

IHS expects nearly 1 GW of batteries will be installed in the U.K. grid by 2020.

Car maker Nissan Motor Company and power management provider Eaton are partnering to release a new residential energy storage system that they say will be “the most affordable in the market,” the companies announced on May 10.

Available to pre-order in Europe in September 2016, the xStorage unit – which will use recycled electric vehicle batteries – will connect to the power grid or renewable generators, such as solar panels, and charge up when grid power is cheaper or when energy is being generated from renewable resources.

The starting price for the xStorage will be 4,000 euros ($4,500) for a 4.2 KWh unit, Renewable Energy World reported, citing Cyrille Brisson, vice president of marketing for Eaton Electrical in Europe, the Middle East and Africa.

Tesla’s 6.4 kWh Powerwall unit is currently priced at about 2,600 euros ($3,000), but the cost does not include professional installation and some requisite extras such as cables.

Besides the residential storage product, Nissan also announced on May 10 a new trial scheme allowing electric vehicle owners in the U.K. to sell power from their vehicles back to the grid.

Under the vehicle-to-grid (V2G) pilot project, developed in partnership with Italian utility Enel and U.K.’s National Grid, 100 Nissan LEAF vehicle owners in the U.K. will use special bi-directional charging points to sell stored power from their vehicles back to the grid at peak times.

There are currently about 18,000 electric Nissan LEAFs running on U.K. roads. If all were connected, they would have a capacity of 180 MW of energy, according to a Nissan press release.

The California Public Utilities Commission (CPUC) has approved plans to allow utility Southern California Edison (SCE) to expedite the purchase of battery energy storage to help prevent potential outages and electric reliability risks in the Los Angeles Basin that could result from a recent major natural gas leak at the Aliso Canyon underground gas storage facility in Los Angeles, CPUC announced on May 26.

The procurement will be expedited through a competitive solicitation, though the commission did not designate a level of storage for the procurement.

According to regulators, the new storage buys should be price-competitive with previous SCE storage solicitations. Since it is unclear how long the situation at Aliso Canyon will last, SCE "may enter into contracts with terms of 10 years or less," Utility Dive reported, citing CPUC.

CPUC and other state energy agencies have warned that without the Aliso Canyon field, the state's largest natural gas storage facility, Southern California could face blackouts during as many as 14 days this summer.