Ice storage market heats up on rising US wind outlook 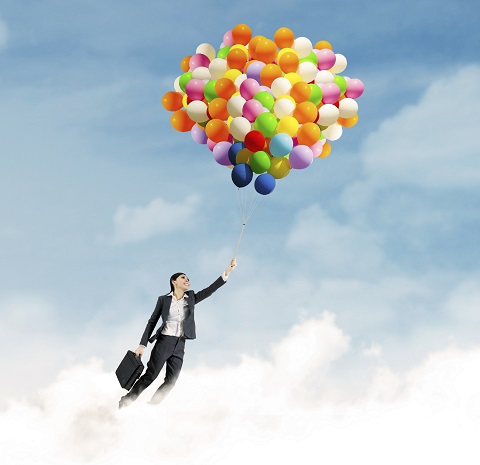 Ice storage reduces energy costs by freezing ice at night when power demand is low and electricity is cheaper and then using that ice to provide cooling to power-intensive air conditioning units during the heat of day.

Yet the technology has supplied only 1% of the air conditioning market over the last 30 years, indicating that it has been difficult to sell to building owners. Current activity is being largely driven by utility de-mand and rising wind power capacity is set to spur further interest.

The US had 58 MW of Ice storage capacity on the grid as at August 2015 representing just 6% of non-pumped hydro storage facilities, according to the Department of Energy's Global Energy Storage Data-base. Another 32 MW has been contracted.

The DOE forecasts ice thermal’s share could increase to 20% by 2030 on the back of growing wind ca-pacity.

When wind levels rise during the night when demand is low, Ice storage can capture this excess capacity and retransmit it later to relieve daytime load.

Ice Energy’s Ice Bear system has been developed specifically for small to mid-sized commercial buildings and has been designed to work in concert with existing package air-conditioning units.

Since rolling out its first projects in the 2000s, Ice Energy has managed to gain traction for its ice bear system among several California utilities.

Glenn Steiger pioneered the use of Ice Bears in 2011 as “distributed mega-watt peaker plants” when he served as a general manager for GW&P. Steiger has since moved on, and could not comment on the current cost of Ice storage solutions, but he told Energy Storage Update that it “probably is safe to say that it is still substantially less than battery storage.”

Companies selected to build energy storage projects are prohibited from disclosing the PPA rate awarded, but under California law, any technologies utilities selected must not result in any net costs for ratepayers. Because batteries have limited life cycles, Ice Energy CEO Mark Hopkins estimates ice storage is about half the cost of battery technologies on a $ per MWh basis.

"It is tempting for many engineers to over-design a system, with complications for the end user," he said in his evaluation. By not modifying user behavior, Ice Energy maximizes its grid utility as a virtual spinning reserve, bid into the demand markets.

As part of its contracts for SCE, Ice Energy will install 1,800 of its rooftop Ice Bear units on host buildings around two high-voltage substations in Orange County, California. SCE identified these feeders as high value because they have a very high load, in part because a third of the A/C units on buildings are old and inefficient.

Ice Energy designs its units to be a visible grid asset – they can be monitored and 'switched on' remotely by the utility when it needs to cut peak demand by a specific amount on hot afternoons.

Because the 26 MW storage for SCE is made up of nearly 2,000 Ice Bears, the utility can dump the en-tire amount off the grid at once or incrementally, as needed.

One or two-story car dealers, fast food franchises and strip malls make ideal hosts with steady use into the evening.

Building owners do not see any visible change to the air-conditioning units when the ice bears are at-tached, according to Ice Hopkins.

"The building owners are getting the temperature they set the thermostat for," Hopkins said.
"SCE determines whether it is the air conditioners or the Ice Bears providing cooling. If they decide they want the Ice Bears to do it, then what they see on their grid is a 26 MW drop in load."

There are some complications when contracting with utilities. To meet the 20-year PPA with SCE, Hop-kins must persuade the owners of older inefficient A/C units accounting for 26 MW to use the Ice Bears, to fulfill the load reduction required for the overburdened substations.
This could take time and the PPA allows Ice Energy to connect each unit to the grid as it is installed, so the cumulative storage capacity increases over time until it meets the 26 MW RFO.

With about 4,000 installations globally, CALMAC chose a different market segment.

CALMAC CEO Mark MacCracken points out the risk of relying on the stability of incentive regimes.

"You don't want to base your business on utility incentives because they can change their minds," he said.

Despite the difference in marketing and in scale, Ice Energy and CALMAC’s products do the same thing –
they time-shift energy use into the cooler hours after midnight, when it takes less energy to freeze water in cooler night air, and when there is excess wind energy on many US grids.

In the Northeast, where seasonal temperature swings are more pronounced and where demand is much ‘peakier,’CALMAC’s larger ice storage units are being used to time-shift energy demand for some of the region’s most iconic high-efficiency skyscrapers. The units are shaving off 1 MW from the Rockefeller Center and the Goldman Sachs, Morgan Stanley and the Bank of America Towers.

In many jurisdictions, commercial and industrial operators pay for power not only by the kilowatt hour used, but also using a 'demand charge' on maximum power drawn at any moment.
The demand charge allows utilities to keep available a certain amount of peak supply capacity and these charges can account for half a building owner’s monthly power bill.

"Most of the buildings we do in New York City, we take one or two megawatts off the peak of the building," MacCracken said.
At Rockefeller Center, CALMAC’s 41-tank system provides 8,600 ton hours of thermal storage, shaving energy costs by $1 million.

Most of CALMAC’s business consists of retrofits, where incentives cover about half the installation and equipment costs. One incentive program pays $875 per kW, equivalent to $17,000 per 20 kW Ice Bank and this covers most of the tank costs.

US wind power capacity will continue to rise sharply in the coming years and this should underpin ice storage growth.
Wind capacity is forecast to increase by 12% in 2015 and by 14% in 2016, according to EIA, and the over-flow of wind capacity during the night will provide fertile ground for new ice storage contracts with utilities and building owners looking to shave their demand profiles.