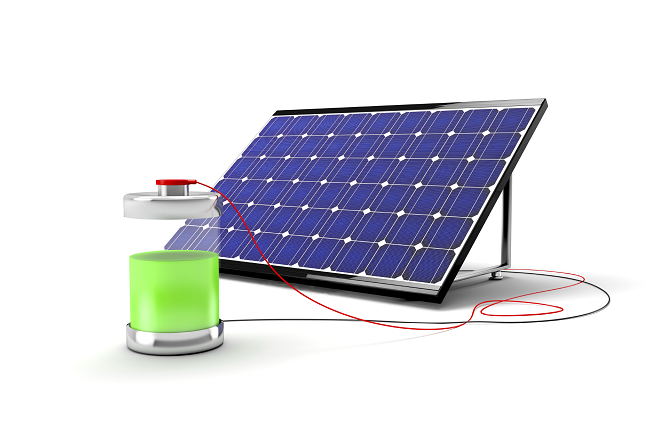 Speaking at Energy Storage Update’s Energy Storage Europe conference on November 30, Russo said that “around 70% of that potential is going to materialize in the United States” due to existing incentives, regulations and market structure (see chart below).

E.ON, which has spun off its conventional power generation assets and global energy trading to focus on renewables, energy networks and customer solutions, is pursuing a number of projects in Europe and the US to assess and develop a potential business model for targeting applications for lithium-ion (li-ion) batteries.

The applications range from PV-plus-storage for residential use, to ancillary services in the utility segment and peak shaving at industrial and commercial sites, with all of the projects expected to get commissioned between September 2016 and early 2017.

Russo said the company is focusing exclusively on deploying lithium-ion batteries as it expects li-ion costs to fall by about 50% in the next five years, driven by economies scale. Lithium-ion batteries also offer high modularity, high energy efficiency and energy density compared to other existing storage technologies, he added.

On December 16, E.ON announced it had signed a Memorandum of Understanding with Samsung SDI to partner on developing profitable energy storage solutions using lithium-ion batteries, with a focus on “grid stabilization, industrial customers and appropriate energy systems.”

According to Energy Storage Update’s Energy Storage Cost and Performance Report 2015, li-ion technology will dominate the commercial market for energy storage in the US in the next three to five years as li-ion system costs are expected to drop by 30% to 50%.

Li-ion system costs currently range between $350 and $700/kWh ($1,000 and $2,000/kW) and costs should continue to fall on the back of growing supply from mega battery factories from the likes of Tesla, Alevo, Sharp, LG Chem and Panasonic, and growth in electric vehicle sales, the report says.

E.ON is developing a PV-plus-battery solution in Germany to test the business case for increased self-consumption, which the company estimates could bring about 570 million euros (about $618 million) worth of revenue between 2015 and 2019.

Residential PV-batteries are leading significant growth in the German energy storage market, and E.ON expects these systems to become a profitable investment for customers from around 2017.

Some 8,000 PV-plus-storage systems were installed in Germany in 2014, and the market size is expected to double to about 15,000 in 2015. PV-batteries could reach an annual installation volume of more than 100,000 systems by 2018, including both new and retrofit installations, according to projections by Germany Trade & Invest (GTAI).

The value of PV-plus-storage in Germany comes from leveraging the spread between the retail electricity price and the feed-in-tariff (FiT). Rising electricity prices and decreasing FiTs are prompting more residential consumers to give up exporting their power to the electricity grid and instead maximize their self-consumption.

“If you look at the NPV of the investment, maybe today this is not yet profitable, but still there is a financial driver behind” as some customers see it as an insurance policy to hedge against hikes in retail electricity prices, Russo said.

Russo said the battery system will be used solely for one of the two applications or the capacity can be split to allow use in both, with the battery size and technology type depending on the customer site and size.

To that end, on December 9, E.ON announced it had invested in US energy storage and integration service provider Greensmith to deploy the company’s software, battery experience, and PCS integration and control services to create revenue-generating storage solutions.

In April, E.ON will also participate in a tender being planned by UK’s National Grid utility that will call for 200 MW of enhanced frequency response capacity.

E.ON is one of the UK’s largest energy suppliers, and the company is proposing to install a 1 to 10 MW li-ion battery on a commercial/industrial site under a four-year contract. The use of the system would be split between enhanced frequency response and local site applications, such as peak charge avoidance.

National Grid estimates that the cost of delivering frequency response services at times of peak demand could range between £22/MWh ($31.4/MWh) and £40/MWh ($57/MWh), or twice the current costs for ancillary services, which average £11/MWh and in some cases go up to £20/MWh.

Meanwhile, E.ON is also developing a 1 MW grid-scale battery system in the Czech Republic to test how storage can be used to reduce E.ON Czech’s imbalance costs, which occur when forecasts of its sales portfolio does not match customer demand.

E.ON estimates the battery system can reduce imbalance costs and generate revenue of up to 30 million euros ($32.5 million) by 2020 by discharging when system is short and charging when the system is long.

Ancillary services in the US

E.ON is also assessing and developing C&I and utility-scale solutions in the US.

In August 2015, the company was awarded a contract by Arizona’s Tucson Electric Power to provide frequency regulation using a 10 MW, 2.5 MWh battery system under a 10-year battery lease and a 20-year PV PPA, starting in late September 2016.