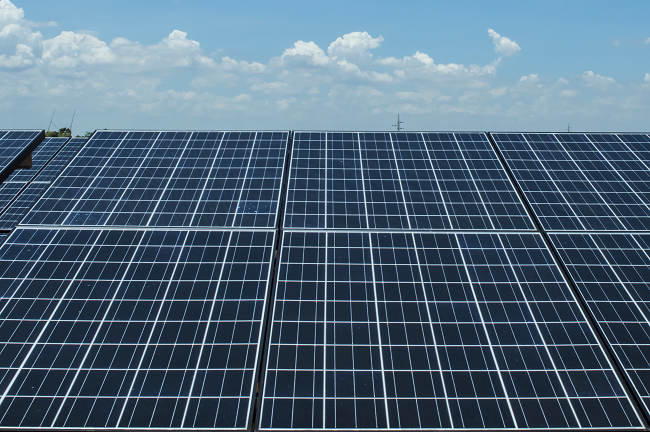 The company is testing out several technologies, applications and business models for integrating battery storage at solar and wind power plants in Italy and the United States, at newly installed offgrid systems in emerging markets, and at retail businesses in South Africa.

The investments are part of a broader strategy to test stationary storage systems via pilot projects in partnership with major global players in the sector, such as Fiamm, General Electric, Samsung SDI, Toshiba and Tesla.

“We are pretty much bullish about storage and how it can complement renewables in the foreseeable future,” Amoroso said.

EGP has an installed renewables capacity of more than 9,800 MW and is investing €8.8 billion to increase its installed capacity by more than 7,000 MW by 2019, according to the company’s website. In 2014, the EGP spent €16.9 million for technological innovation, of which €3 million was spent on developing and operationally testing new storage technologies, according to the company’s 2014 annual report.

EGP is among a growing number of renewable developers and operators that are seeking to sell renewable-plus-storage in markets that have incentive programs and attractive revenue opportunities.

The company is seeing business opportunities both in storage itself and its potential to clear the path for large-scale penetration of renewables in and off the grid.

Global installed renewables capacity grew at a compound annual growth rate (CAGR) of more than 8.1% between 2010 and 2014, and is expected to grow at 7.4% CAGR through 2020 with particularly strong growth in Latin America, Africa, Middle East and Asia, according to EGP estimates.

At the same time, newly installed energy storage capacity for renewable integration is projected to grow at a whopping CAGR 70% over the next 10 years, with residential storage-plus-PV expected to lead the massive deployment of storage systems, according to Navigant Research.

The deployment of renewables-plus-storage for ancillary services, price arbitrage and grid balancing has the potential to grow where technology and incentives combine to reach a favorable price point, according to Amoroso.

EGP is using the system to assess the integration of renewable power with battery storage, testing different BESS technologies for each application and experimenting with a number of business models in the Italian regulatory environment.

The company is also looking to gauge the value of battery storage in increasing renewables dispatchability – energy shifting and peak shaving – and in providing ancillary services such as voltage control and frequency regulation for the grid, Amoroso said.

The system has so far allowed EGP to mitigate PV generation imbalances due to solar variability and to reduce costly penalties in the Day-ahead and Intra-day markets, according to Amoroso. Power generators participating in the electricity markets in Italy are obliged to be available to deliver energy when needed or face penalties.

“It’s working fine and it’s working automatically – if a cloud passes by and PV production goes down, the battery goes up and the overall system works seamlessly, delivering what we have been promising on the day-ahead market,” he said.

Since the local transmission system is constrained to 8 MW, the battery also allows the 10 MW PV plant to store the excess energy and dispatch it at night at a profit.

Meanwhile, EGP is looking at other ways of using storage to integrate wind onto the grid. The company has just begun tests on a 2MW, /2MWh lithium-ion battery system at its 18 MW Potenza Pietragalla wind farm in southern Italy.

The plant is the country’s first utility-scale application of a BESS integrated with a wind power plant, connected to the high-voltage line.

In addition to the two plants in operation in Italy, Enel Green Power has just started construction of a new facility in the NY-ISO territory that integrates a wind plant with a 4 MW, 1 MWh Toshiba battery.

The company is also “actively developing opportunities” in the PJM and California electricity markets in the US, as well as pursuing storage investments in Germany and the United Kingdom, Amoroso said.

High diesel fuel prices, a greater push toward renewable resources in microgrids, and grid constraints in many emerging economies are creating a business case for energy storage for microgrid and offgrid applications, according to Amoroso.

EGP is seeing a fast-growing market for integrating renewables and storage at microgrids in Latin America, Asia Pacific and Africa, where some 2.5 billion people either do not have access to electricity or are forced to pay for expensive diesel fuel electricity.

The company is running a stand-alone microgrid hybrid facility in a village in the Atacama Desert in Chile that produces more than 250 kW using solar generation systems (solar PV and thermodynamic) a Ropatec mini wind turbine, lithium-ion batteries, as well as a backup diesel generator designed to provide the bottom 10% of peak production.

The project aims to cut diesel consumption and to test the use of advanced renewable technologies and storage systems in a harsh, remote environment.

The battery system charges during the day and kicks in at night to sustain the electricity load. Though the diesel generators were designed to operate from 6 pm until 10 pm based on original load estimates for the village, in reality daily electricity consumption grew by 22.5% in the first few months of operation, effectively forcing the diesel generators to run until 3 am to sustain the higher load.

EPG plans to scale up the system by adding additional PV and battery capacity to bring down diesel electricity generation to the originally designed 10% of peak production.

“We believe this is a system, a microgrid opportunity that is going to be more and more the case all over the world, in all emerging markets,” Amoroso said.

In the commercial segment, EGP will soon start selling solar-rooftop-plus-residential storage in South Africa in partnership with Tesla to serve customers that often experience load shedding and are “more than willing to pay a premium” to secure uninterrupted supply, Amoroso said.