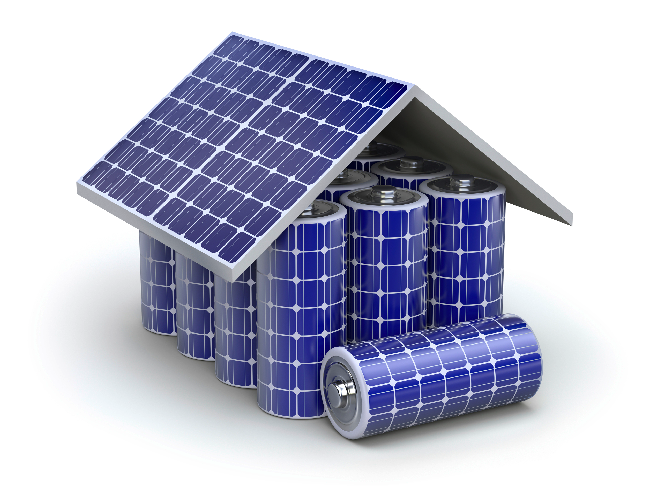 “I don’t think there are very many places where the business case actually gives you a net positive net present value (NPV) at the moment,” he said.

“But the reason why people are looking at Australia is because the conditions are there for them to have positive business cases earlier than other places in the world.”

According to a GTM Research report released in late 2015, by 2020, Australia will be installing 244 MW of storage capacity annually. Of this, as much as 132 MW is expected to be deployed behind the meter and paired with PV in homes.

GTM Research projected residential storage in the country will grow from 1.9 MW deployed in 2015 to 44 MW in 2016.

Behind-the-meter residential and commercial energy storage installations in Australia will double annually between 2016 and 2018, exceeding 200 MW of installed power capable of storing 250 MWh of electricity in 2018, according to a study by IHS released in February.

More than 30,000 Australian homes are expected to have PV-plus-energy storage systems by 2018, the report said.

The National Electricity Market (NEM), the wholesale electricity market for eastern and southern Australia, currently has about 4.3 GW of rooftop solar panels installed across 1.3 million households, or 14% of all grid connections – one of the highest penetration rates in the world – according to a Morgan Stanley report released in June.

The study estimates there will be 500-800 MW of new solar installations each year until at least 2020, in addition to large-scale projects.

Meanwhile, the NEM currently has at most 15 MWh of storage installed across 2,000 households, but Morgan Stanley estimates this could grow to about 6 GWh and 1 million households by 2020.

Dwindling feed-in-tariffs (FITs) for solar in New South Wales and Victoria in 2016 will mean storage will make bigger economic sense for households moving forward. FITs are set to end in Tasmania, Western Australia, Queensland and South Australia in 2018, 2021, 2028 and 2028, respectively.

According to a report published in July by the Alternative Technology Association (ATA), more than 275,000 households in Australia will be affected by the expiring tariff programs in 2016, with solar feed-ins dropping by as much as 90%.

Solar customers in Victoria will see tariffs drop from AU$0.25/kWh to around AU$0.05/kWh in 2017 under one scheme, according to the study. A later net metering program will also expire on December 31, with solar feed-ins falling to the AU$0.05/kWh rate.

In South Australia, the AU$0.16/kWh FIT will fall to a minimum required payment of AU$0.068/kWh, affecting 63,000 households, come September.

Another pocket of potential demand could come from some 10,000 households in Adelaide who qualify for a subsidy of up to AU$5,000 to install solar and/or batteries and about 5,000 households in the Australian Capital Territory (ACT) qualifying for AU$25 million in subsidies over four years.

Solar-plus-storage is already beginning to make sense at the fringes of the network in the country. In Western Australia, some distribution lines damaged in bushfires earlier this year have been replaced with dedicated solar-plus-storage installations rather than new wires, and solar project developer Lyon Group is looking to provide larger installations close to large, remote, grid-connected industrial loads.

Most of the pitches in residential storage in denser parts of the network are currently focused on non-financial value streams, such as gaining independence from the grid or offering resilience in a blackout.

Where commercial and industrial customers are likely to wait for a positive economic return, residential customers will move to install before the break-even point, Robinson said.

The most common value stream for most residential prosumers is likely to come from using batteries for solar self-consumption to avoid paying a block tariff.

After the expiration of the FITs, consumers in New South Wales with a 2-5kW scheme system, for example, will be able to install an energy storage system or return to the default power offered by the retailers.

The majority of consumers on the FIT scheme are also on gross meters, which means they are exporting to the grid all of the electricity they generate. The reduction of the FITs is likely to prompt many of them to switch to net meters, which record both the amount of energy drawn from and exported to the grid.

The ATA report modelled the feasibility of households installing lithium-ion battery storage to allow them to maximize their solar self-consumption after the expiration of the FITs but found that it does not yet make financial sense for many of the affected homes to do so, even with the existing government incentives to boost the business case of residential storage.

According to the study, retro-fitting energy storage to solar is generally not cost effective for existing solar PV customers before 2020 – with some scenarios remaining unfavorable after 2020, particularly those associated with a larger, 7 KWh battery.

After 2020, the report concludes most solar homes should be able to consume most of their own solar electricity while at the same time reducing their annual stationary energy bills to below AU$500 a year, a reduction of 75% - 83% on what most Australian households currently annually.

According to Morgan Stanley's modelling of household battery offerings in Australia, installed costs are currently around AU$1,500/KWh and the average ‘cost per kWh used' is about 50-100 cents/kWh, though costs could vary a lot.

The market has not yet priced in the retail and wholesale market effects of the battery take-up and still sees battery economics as marginal (estimating paybacks above 10 years), but according to the investment bank, the combined effects from falling equipment costs, more stable retail tariffs, evolving business models expected to generate new revenue streams, and new government support schemes could reduce the payback periods and increase take-up rates for batteries about four times faster than the market currently anticipates.

Average residential solar installations in the country are already reasonably economic, with typical payback periods of 4-7 years, according to Morgan Stanley.

Another factor to consider will be the design of the distribution network and tariff structures moving forward, Robinson said. Introducing demand tariffs at the residential level, for example, could change the economics of storage by creating price spreads that reduce the payback periods of battery installations.

Another potential revenue stream is aggregating the output from a large number of households into a single scheduled generator with access to the NEM pool market, the so-called virtual power plant (VPP).

U.S.-based SunVerge has trialed VPP applications in Australia with United Energy, AGL and Ergon Energy, as well as in North America. The average daily peak/average price spread in the South Australian node, for example, is about AU$9.60/MWh, equivalent to the approximate wholesale revenue opportunity afforded by a VPP business model, according to Morgan Stanley.

Start-up Reposit is also trialling with retailers to pay consumers to discharge their batteries at times of high wholesale electricity prices, potentially creating a platform to aggregate residential-level storage in a way that’s useful in real time to wholesale energy markets.

Several distribution networks are also trialling subsidized residential battery roll-outs to test their potential to provide network services, for example, helping the networks to maintain voltage and reliability, and potentially helping the network defer or avoid capital spend. Network service payments could halve current installation costs, if this result has broad application, according to Morgan Stanley.

According to Robinson, another potential revenue stream for residential storage in Australia could be participation in ancillary service markets to provide reserve and frequency response, if players unlock the ability to aggregate and participate in the ancillary services market.