Many energy storage developers are investigating novel financing routes such as YieldCos to raise investment in the non-traditional generation asset. 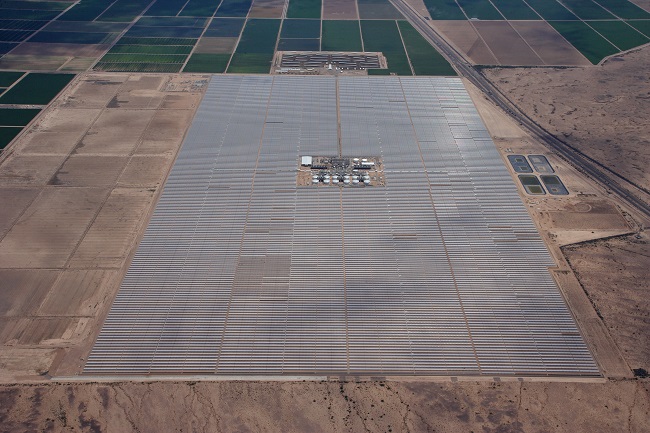 Finding ways to fund energy storage projects continues to dog developers even as the sector moves increasingly towards mainstream acceptance in the US.

A YieldCo is a publicly traded company that delivers dividends from a growing portfolio of generation assets, attracting investment that can then be ploughed back into new projects.

Interest in the YieldCo concept has mushroomed among renewable energy developers in the last couple of years, spawning the appearance of listed companies such as NRG Energy’s NRG Yield, with a portfolio of 3.6 GW, and SunEdison’s TerraForm Power, with 1.7 GW.

So far, however, energy storage has not figured significantly in YieldCo portfolios, with one or two notable exceptions. Abengoa Yield, for example, has three molten salt thermal energy storage reserves tied to the concentrated solar power assets in its portfolio.

These comprise six hours of storage at Abengoa’s 280 MW Solana plant in the US, plus one hour each in the Planta Solar 10 and 20 plants in Spain, which boast 11 MW and 20 MW of capacity, respectively.

And as previously reported in Energy Storage Update, SunEdison is looking to incorporate energy storage projects into TerraForm Power and a new entity called TerraForm Global that filed for an initial public offering with US regulators in May 2015.

Such an option would seem attractive for energy storage developers because, unlike utilities, they are not normally able to pass the cost of projects onto ratepayers.

“We have a different perspective on how to commercialize storage,” said Faisal El Azzouzi, SunEdison’s director of grid energy storage. “We will have to make them financeable.”

Untested
Meanwhile, doubts remain over the long-term sustainability of the YieldCo model, given their need to grow continuously in order to satisfy a requirement for shareholder returns.

“Analysts and bankers warn that because YieldCos are so new, their performance during a period of rising interest rates has not yet been tested,” the Financial Times wrote in 2014.

“They also warn that if YieldCos do not manage to secure new projects … then the companies will not be able to deliver the growth they are planning.”

Even if YieldCos prove viable in the long term, they are not suitable for small developers. It is also still uncertain to what extent they can accommodate energy storage assets, whose profitability depends on different income streams to those for traditional generation.

“I personally struggle with how storage and even solar-plus-storage projects will fit into a YieldCo at this early stage in the evolution of the market,” said Erick Petersen, vice president of marketing and business development at US project developer Demand Energy.

Commercial sector
In contrast, a number of developers appear to be having success with financing models closely tied to specific market segments.

Demand Energy, for example, is seeing considerable interest from the commercial sector in behind-the-meter energy storage in New York State, thanks to a business model that involves power shifting to avoid peak rates.

The New York market is particularly attractive for behind-the-meter storage because falling generation capacity has forced the local utility and the regulator to impose heavy charges on afternoon peak loads.

This means developers can attract commercial customers with a business case that does not require exotic financing.

“While a lot of people are looking at a shared-savings model and a no-money-down option, they are willing to purchase the system outright and receive all of the savings benefits for themselves,” Staker said.

“We do go through payback, but what they were more interested in is annual savings, which works out to be about 10% to 20% lower annual electricity bills,” he added. “When business is faced with compelling issues, they have to be bold and be willing to be first adopters.”

ViZn Energy Systems, a provider of energy storage systems for microgrid and utility-scale applications, is also setting its sights on the commercial sector. In this case, though, the zinc-iron redox flow battery developer has teamed up with a finance house, LFC Capital, to provide leasehold deals of up to seven years and $5 million per project.

The US-wide offer “allows commercial and industrial companies to quickly and cost effectively get into the lease-to-own renewables segment with a solar-and-storage package,” said Ron Van Dell, president and CEO of ViZn Energy Systems.

“This and other products like it allow customers to take advantage of the savings without the upfront capital outlay often required. I believe the pay-by-the-usage model will continue to play an important role with the storage/renewable combination.”