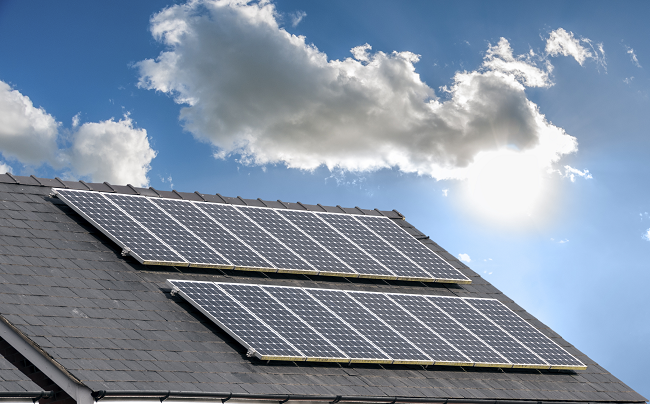 The project will link hundreds of solar and battery storage systems installed behind the meter at customers' homes that can be autonomously controlled through intelligent software provided by SunPower and Sunverge to simulate a single, larger power-generating facility.

The pilot is forecast to cost about $15 million in total over several years, Brennan said.

The investor-owned utility, which serves customers in New York City and Westchester County, will also use the results from the project to help inform electricity rate design and the development of distribution-level markets in the future.

Con Edison and SunPower announced in April they had signed a deal to offer the integrated solar-storage systems to homeowners in Con Edison’s service territory and began marketing the product to customers in early May.

Brennan expects about 300-400 systems will installed and commissioned in the next 9-12 months. Con Edison is looking to have a total capacity of about 1.8 MW and an aggregated energy output of 4 MWh across the VPP.

SunPower will be the principal engineering, procurement and construction contractor and will provide customer acquisition, installation and commissioning, as well as ongoing operation and maintenance services.

Meanwhile, Sunverge will provide the integrated storage systems to SunPower. The project will also use Sunverge’s smart, distributed energy storage platform that bundles solar PV inputs, power electronics, Li-ion energy storage, and a field-hardened gateway computer into a UL-certified appliance for use as a grid asset.

Controlled by software running in the cloud, the platform allows individual units to be aggregated into a fleet and configured and reconfigured to support the needs of the grid, Sarah Singleton, Sunverge’s vice president of marketing, told Energy Storage Update.

Con Edison is currently working with the New York Fire Department to get Sunverge’s lithium-ion battery technology approved in the state.

The utility's customer offering for the VPP project will comprise: a solar system that would be financed or purchased by the customer on a 20-year lease at no expected upfront cost for the homeowner; an energy storage system that would be purchased, owned and controlled by Con Edison; and a monthly payment that the customer would pay to SunPower for resiliency services offered by the integrated solar and energy storage system.

Homeowners will not have to pay the upfront cost of the system because Con Edison will own it and will have the right to sell the combined output of the fleet to the wholesale or distribution markets.

Con Edison has about 100 MW of installed distributed solar capacity, up from 5 MW in 2006. The utility expects customers will add an additional 750-1,000 MW in the next decade, at an average annual rate of 40-60%. Source: Consolidated Edison.

The project will initially test how much customers might be willing to pay on a subscription basis for backup power from their solar and storage systems.

Con Edison will also analyze how customer needs are changing and how different users would be willing to pay for resiliency services: as a percentage of the current electric utility bill, as a fixed amount or as a portion of expected solar savings.

The utility said it expects customers that sign up to the program will have a more reliable power supply and could potentially see their bills go down as well.

Next, in 2017, Con Edison will link the installations to its distribution control centers and Sunpower and Sunverge’s control platform to test that the system can dispatch the deployed assets, individually or collectively, as a VPP over time.

At the same time, Con Edison will be studying potential opportunities to use the solar-plus-storage fleet in various wholesale markets and will be assessing the effects on the lifecycle costs and degradation of the batteries from participating in these markets.

This will help the utility to determine the most promising use-cases of the system and to “evaluate whether different markets make sense at different times of the year,” Brennan said.

Finally, once the VPP system has sufficient capacity, Con Edison will begin participating in competitive capacity and energy markets, and demand response programs, such as in the New York Independent System Operator (NYISO) or Distributed System Platform markets.

Brennan expects Con Edison will begin participating in the ISO markets in 2018 and could launch a fully commercial integrated solar-plus-storage package in the marketplace 2-3 years from now.

The utility will also test out different electricity rate designs, such as time-of-use tariffs and residential demand charges, to incentivize desired customer behavior. Con Edison will do that by giving customers under one rate program an additional, hypothetical bill that would detail how much they would have spent under an alternative pricing program, or the so-called "shadow billing"

“The customer may be able to optimize their solar-plus-storage package to provide additional savings,” Brennan said.

“That frankly depends on how net metering evolves in New York over time, so that is something we will be testing in a shadow capacity. We will segregate some batteries to test that concept while other batteries will be segregated to shadow the market rules and dispatch requirements of those markets.”

The main costs for the $15 million project will include the energy storage system, balance of system components, installation and associated O&M services, fees for development and implementation of the program, operation of the virtual power plant, compensations to customers for the losses associated with using the batteries for grid benefits, and integration of the VPP into Con Edison’s communication and control systems.

According to a project outline seen by Energy Storage Update, revenue from the pilot will primarily come from selling the firmed capacity captured by the VPP to the wholesale market, demand response programs, from generating value as a distribution service platform (DSP) provider, as well as from the resiliency payments per unit.

Con Edison does not expect to generate profit on the sale of firmed capacity during the project due to the relatively high costs of storage, the document said.